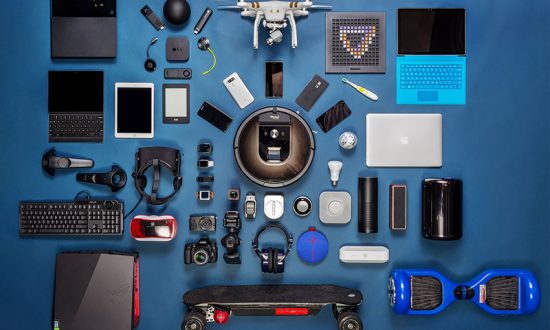 In today’s fast-paced world, it might often feel that a new television is being launched every week. Rest assured that isn’t the case (as most releases were scheduled for March and April). Having said that, it is easy to lose track of what’s trending nowadays, considering every day there’s a new invention. But fret not!! We have done thorough research to find the best-in-class TV models for you.

Here we have accumulated a premium list of the latest TV technologies that stole the thunder at CES 2022. This year, a wide spectrum of high-end televisions includes some stunning OLEDs, QLEDs, prohibitively expensive MicroLED and a mysterious new QD-OLED.

So, without waiting another minute, let’s get familiar with the best TV models of 2022:

The TCL Video Call 4K P725 is India’s first Android 11 smart TV. With a detachable Video Call Camera powered by Google Duo, it’s a one-of-a-kind TV innovation that makes video interactions noticeably seamless and interruption-free. This cutting-edge smart TV also includes a matchless Game Centre that enables users to use their smartphones as gamepads to play a variety of games.

At CES, Sony revealed the A95K QD-OLED TV, one of the few authentic next-generation TVs on the market. It’s the first QD-OLED from a major manufacturer, and based on the specifications we saw, it’ll give everything we’ve come to expect from the most cutting-edge panel technology.

For those who are unfamiliar with QD-OLED, it combines the self-emissive organic light-emitting diodes that give OLED its perfect black levels with quantum dot colour saturation. As a result, an OLED screen has 200 per cent the colour saturation of a typical LED-LCD screen, higher peak brightness and wider viewing angles.

The new Samsung QN900B 8K Neo QLED TV is one of the year’s most significant TV innovations. It comes with a Shape Adaptive Light Regulate function that allows the TV to control better blooming and a 14-bit backlight for more brightness points. That may not seem like much, but considering how bright this TV can go, a few thousand more luminance points will make a huge difference.

Furthermore, the TV is powered by Samsung’s Neo Quantum Processor, which includes an Object Depth Enhancer feature that helps to distinguish items in the front and background.

LG came out swinging earlier this year, releasing a slew of 8K and 4K OLED TVs along with numerous new QNED mini-LED TVs. It also launched a new MicroLED TV to compete with Samsung. Except for the LG 42-inch 4K OLED, most of these panels are relatively on the expensive side.

LG will release its C-Series OLED in a lower, more affordable size in 2022. While we were concerned that the smaller size would equal a drop in specs, this hasn’t been the case. The C2 OLED will have the same Alpha a9 Gen and 5 CPU as its more expensive siblings. It will also support 4K/120Hz via HDMI 2.1 connections.

However, there’s a significant drawback. While the majority of the larger C2 OLEDs will use LG’s Evo OLED panels, which are brighter than earlier OLED screens, the smallest C2 will use last year’s panel. That’s not bad since the price might be as low as USD 1,000.

While Pana did not roll out the red carpet for a QD-OLED or reveal a new mini-LED model this year, it did announce a sound-focused OLED that will undoubtedly earn it kudos with audiophiles.

The new Panasonic LZ2000 is built on last year’s model’s audio evolution. This included side-firing speakers for a three-dimensional sound, Dolby Atmos support, a Technics-tuned sound system, and both front-firing and upward-firing drivers to create an all-in-one home cinema system.

Panasonic will be selling an OLED at 77 inches for the first time, which means the LZ2000 might be the home cinema screen you’ve been waiting for.

Hisense’s U7H doesn’t have a mini-LED, MicroLED, or OLED panel, but it does offer something much better— a low sticker price.

The U7H is a new model from Chinese TV manufacturer Hisense that includes 4K/120Hz support for game consoles like the Xbox series X and PS5. It is also integrated with cutting-edge picture technologies like the IMAX enhanced format, FilmMaker Mode, Dolby Vision IQ, HDR 10 and 10+ support, FreeSync VRR, and a built-in ATSC 3.0 tuner.