Home /NEWS, PHILANTHROPY/Bill Gates Stepped Down from Microsoft Board of Directors to Dedicate More Time to His Philanthropic Priorities 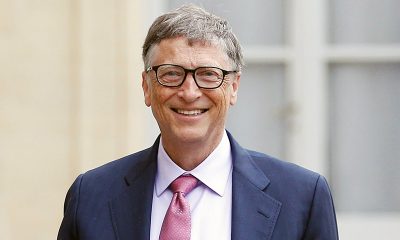 Microsoft Corporation on 13 March 2020 announced that Co-Founder and Technology Advisor Bill Gates stepped down from the company’s Board of Directors to dedicate more time to his philanthropic priorities including global health, development, education, and his increasing engagement in tackling climate change. He will continue to serve as Technology Advisor to CEO Satya Nadella and other leaders in the company.

On June 27, 2008, Gates transitioned out of a day-to-day role in the company to spend more time on his work at the Bill & Melinda Gates Foundation. He served as Microsoft’s chairman of the board until February 4, 2014.

“It’s been a tremendous honor and privilege to have worked with and learned from Bill over the years. Bill founded our company with a belief in the democratizing force of software and a passion to solve society’s most pressing challenges. And Microsoft and the world are better for it. The board has benefited from Bill’s leadership and vision. And Microsoft will continue to benefit from Bill’s ongoing technical passion and advice to drive our products and services forward. I am grateful for Bill’s friendship and look forward to continuing to work alongside him to realize our mission to empower every person and every organization on the planet to achieve more,” said Microsoft CEO Satya Nadella.

“On behalf of our shareholders and the Board, I want to express my deep appreciation to Bill for all his contributions to Microsoft. As a member of the Board, he challenged us to think big and then think even bigger. He leaves an enduring legacy of curiosity and insight that serves as an inspiration for us all,” said John W. Thompson, Microsoft independent board chair.

Yamaha celebrates 67th Anniversary with the theme ‘Ties in a New Age’
Zoho Books Offers to Support QuickBooks' Customers in India
Over £60,000 raised in support of women and their dependents fleeing Ukraine at The Loomba Foundation’s 25th Anniversary Gala
MYRE Capital receives huge demand for commercial property in Bangalore; launches a new floor in the same building to meet demand
NexConnect: Helping Underprivileged Children Enjoy Their RIGHT TO EDUCATION
Digital Transformation in the Times of a Pandemic
CONTACT US