Home /LEADERS' INSIGHTS/Coping with the Crisis

Coping with the Crisis 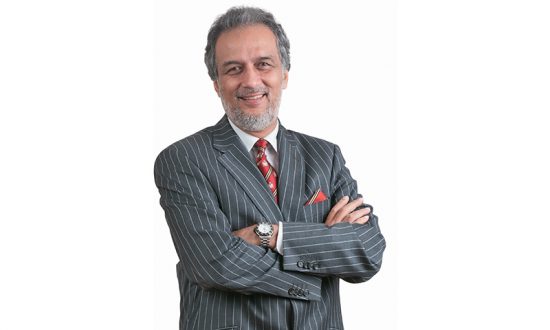 Mr. Arvind Thakur has been the CEO, Vice Chairman & Managing Director at NIIT Technologies Ltd, a global IT solutions organization, which was spun off from NIIT Ltd in 2004. He led the company since inception for 15 years to be among the top IT Services provider from the country. In 2012 he has conferred the prestigious global Gold Stevie award as “Executive of the Year” in the Computer Services category. Through his career Mr. Thakur has served on the boards of many companies including the innovative Hole-in-the-wall Education Ltd which leveraged technology to educate the underprivileged. He has been the Chairman of specialized tech companies like Esri India Technologies Ltd and Incessant Technologies Ltd. Currently, he serves as Member, Board of Management at NIIT University, a leading not-for-profit institution.

Mr. Thakur has been an elected member of the Executive Council at NASSCOM for 3 consecutive terms. He is also the Chairman of the National Committee on IPR at the Confederation of Indian Industries (CII). He served as a member of the Indo Spanish CEO Forum supported by FICCI. Mr. Thakur graduated in engineering from IIT, Kharagpur where he received the Institute Silver medal. Thereafter he pursued post-graduation in Industrial Engineering from NITIE, Mumbai, and started his work career with BHEL as an Industrial Engineer. He teamed up with the founders of NIIT in 1985 and has since been part of the promoter group at NIIT Ltd.

It is clear that the Coronavirus has created an unprecedented situation at a scale that we have never experienced before. In my nearly four decades with the tech industry we have encountered many an external crisis but none which has been so unpredictable impacting both the demand side and supply side of the business. Never the less having been through external headwinds in the past let me share with you some learnings to cope with the crisis.

I go back to the early eighties when NIIT began its operations in India. The formal education system in the country was not producing adequate software engineers to keep up with the proliferation of computers and NIIT quickly establish itself as a pioneer in computer education by addressing this need. It was natural for Corporates to seek solutions from those who imparted knowledge which lead the company to provide consulting and software services. However unlike IT education which was a business pioneered by NIIT when it came to software we were followers. While the competition was developing solutions using third-generation languages (3GL) like COBOL & Basic, we began to focus on end-user computing using new 4GL tools to create a differentiation. NIIT introduced 4GL technology in the country and such cutting edge tools became so popular that we undertook their distribution by tying up with leading principals to pioneer software product distribution in the country. All this contributed to healthy growth through the ’80s and then we hit our first major crisis; the 1991 Foreign Exchange crisis.

In 1991 the country’s balance of payment situation became alarming as imports swelled and the oil pool deficit was crippling. Foreign exchange reserves could barely finance 3 weeks of imports. This leads to the country airlift gold reserves as a pledge to secure conditional loans from the IMF and World Bank. Quite clearly any business causing a foreign exchange outflow, like our software distribution business, was untenable. It became evident that in order to survive the business had to ‘export or perish’. We, therefore, joined the band of corporates who decided to explore international markets and tried to figure out what to export. We had two competencies, one was training and the other software development. Combining these capabilities lead to the creation of educational software or Computer Based Training (CBT) and that was the product we took internationally to save the business.

The learning from this experience was that a crisis gets you to act in ways that you would not have thought of before. Our entry into international markets and also the new product line of CBT was triggered by the foreign exchange crisis. A crisis creates opportunities.

The ’90s saw a domestic training major metamorphose into a global training and software services player. We borrowed concepts from the manufacturing industry and pioneered setting up offshore development factories. NIIT’s education software development facility was the first in the country to be certified at ISO 9000. In 1995 we embraced a model more relevant for the software industry which was SEI CMM attaining the highest level of maturity (CMM Level 5) in 1999. In doing so we were able to convert the art form of programing into an engineering discipline, so less experienced programmers could create high-quality software by following a mature process. This was also a time when the internet was born and the company was quick to embrace eCommerce to grow at a scorching rate of 30-40% per annum. The dream run of the ’90s was cut short by the next big crisis; the Dot Com meltdown of 2001

Excessive speculation in internet-related companies created a bubble in stock markets causing the index to rise over 400% between 1995 and 2000 only to fall from its peak by 78% in Oct 2002. Many online companies failed and shut down. Others engaged in eCommerce lost enormous value. All in all this had a severe impact on our business as a lot of such organizations were our clients. For the first time in the history of the company, operating profits turned negative in the April-June quarter of 2001. This was a painful period for the company.

Recovery meant cutting costs and most of the costs in a services company are people costs. One of the things that we did at that time was to be absolutely transparent with our people on the problems being experienced and rather than taking the route of laying off people we were able to get the support of the workforce to take voluntary cuts in compensation. The leadership which took the maximum cuts followed by supervisors and the front line staff taking the least cuts.

Transparent communication removed anxieties in the minds of staff about their jobs and motivated them to rally together to overcome the crisis. Another great lesson in crisis management.

Recovery was gradual as the company had to reinvent itself. The software business expanded its portfolio to include legacy and build an annuity revenue stream moving away from eCommerce where customer spending had become discretionary. The company brought in sharp focus on specific domains and verticals to build specialization and put in place an inorganic program for growth. Staff was encouraged to acquire new skills relevant to these changes and the software business was demerged into a separate listed entity ie NIIT Technologies Ltd.

With these changes, NIIT Technologies doubled its revenues between 2004 to 2008 and improved its operating margins by 100 bps each year. The company was once again cruising at a good pace when it encountered yet another external crisis. This was the subprime crisis of 2009 which was triggered by a decline in home prices in the US as the housing bubble burst leading to the collapse in the financial services industry and the US entered into depression causing a global slowdown in the economy.

The slowdown caused customers to cut back on spend and business began to decline. Our response was to empathize with our customers’ problems by creating innovative solutions to address their pain even at a loss in our revenues. The motto was to deliver more for less with focus on strengthening relationships so that when recovery happened the client would value our partnership to grow together. We looked for discontinuities to find new opportunities and in the process were able to identify new segments to focus on and shed segments where we were unable to differentiate.

We empathized with our people as well. Instead of resorting to cuts in salaries payments were deferred into a pool which staff could earn back when we hit the desired financial goals. The beaten-down stock due to the slow down presented an opportunity to compensate for a wider section of supervisors with stock options so they would be more than compensated for when business recovered. This aligned the entire organization to the financial goals of recovery.

These empathetic measures enabled the company to come out strong from the slow down growing at a CAGR of over 20% over the next 5 years. The key lesson from this experience was that in a crisis it is important to demonstrate empathy towards all stakeholders.

The discontinuity created by the Covid 19 crisis presents opportunities for Tech Services as across industries organizations will need technology partners to transform digitally. In the short term however there would be a pain as clients struggle to deal with current headwinds. From experiences of past external shocks my advise for the Tech Services industry would be to keep an eye on recovery by:

Do you have Dirty Data?
Making Sense of Generative AI: Current State, Its Promises & Pitfalls
Cybersecurity in the Age of Digital Transformation
2022 Security Wrap Up
Is COVID19 a Good Opportunity for the Sales Industry?
InterviewBit
CONTACT US