Home /WHAT'S NEW/Knock off Breakdancing will be held as an event in the Olympic 2024, being supported by “Godatu” in Paris Games for the very first time

Knock off Breakdancing will be held as an event in the Olympic 2024, being supported by “Godatu” in Paris Games for the very first time 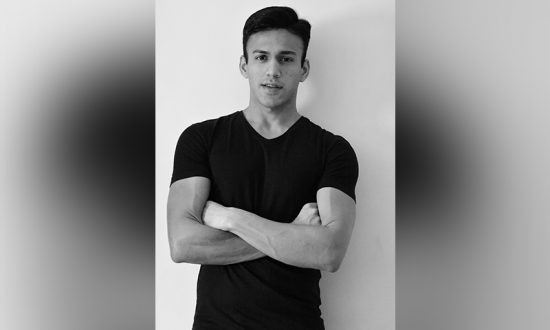 Breakdancing will go by the name ‘Breaking’ at the Olympics. The idea to include it in the Olympics was pitched by the Paris organisers around two years back after it was successfully conducted at the 2018 Youth Olympics in Buenos Aires. Breakdancing is quite popular amongst the youth of today’s generation with an estimate of 1 million people indulging in it according to a 2019 report by the Olympic program commission report. Even the 2019 Redbull BC One World Final had close to 50 million views across various social media platforms.

Godatu is a one-stop platform for dancing and fitness where one’s creates a profile with the content on this application. There are various dance forms that one can find on the Godatu app like Belly, Hip Hop, Contemporary, Breakdancing, etc. They have the best trainers for dance, fitness. They have been associated with dancers and fitness enthusiasts across the globe. Godatu is all set to cheer Indian Dancers in Olympic 2024. The organisation has been relentlessly working to put Breakdancers on the world map. This is a great opportunity for Godatu to represent all Indian Dancers on a global level.

Breakdancing is among the fourth sports that have got the green light to be part of the Paris Olympic Games in 2024. The International Olympic Committee ratified the inclusion of breakdancing along with surfing, skateboarding and sports climbing, IOC President Thomas Bach said.

Raul Brady, Co-Founder of Godatu said;“Being a Dance and Fitness Enthusiast, I have always inculcate that I have to do something big in the field of dancing. Godatu was formed in the year 2018 and it’s been a roller coaster ever since. Now, I am overwhelmed to share this news that Godatu is all set to cheer Indian Dancers in Olympic 2024 in Breakdancing. We are going to put our best foot forward, to bring the medals home and create history.”

Godatu is an online app to motivate your workout routines. They have the best trainers for dance, yoga and fitness. They have been associated with dancers and fitness enthusiasts across the globe and since their passion for dance and fitness runs deep they wanted to share their passion, emotions and intense desire to learn more about dance and fitness. Godatu uses the best in technology to give a world-class experience. You can easily download the Godatu app from the Google play store and Apple store and create a profile of yours and post images and videos. Make them go viral with the power of the hashtags. Add and follow dancers and fitness enthusiasts across the world and organize dance and fitness workshops on the Godatu platforms.