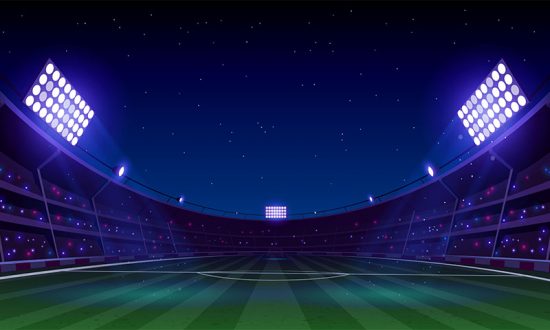 Sports Entertainment platform has become more popular in the last 2 decades and cricket is more likely to be preferred by the players followed by football, basketball, and kabaddi. The Indian fantasy gaming industry has started to boom in the startup culture but also was in the limelight for their legal acceptance by the government. In India, there is no central legislation governing the subject of online games and fantasy sports and also The Gambling Act provides an exception for games that involve elements of skill and such games are considered to be legal. T-20 World Cup fever is about to take over the country fans of the gentlemen’s game are all ready to hop onto their phones again and make their own virtual teams and compete with millions of others.

Here’s a list of some Top sports fans’ entertainment platforms where you can build your own team and enjoy the game.

One of the leading Sports Betting and Casino platforms. They offer fair sports betting with the widest cricket coverage and most competitive odds for your favourite sports teams, smart design, fast and simple payouts. They provide a fun, safe, competitive spirit and rewarding environment for the sports fans where they can predict the result based on their knowledge. Odds96 is also offering a special bonus for cricket fans of up to ₹20,000 in this ICC Men T20 World Cup. The brand uses the latest technologies to deliver the best user experience for its clients. They have developed both desktop and mobile versions optimized for low-performance smartphones. Furthermore, they are planning to launch an Android/iOS app by 2022.

Dream11, is India’s biggest fantasy sports platform, with over 10 million users playing it daily. With millions of users, it enables users to create their own team of fictional players and compete against other fans. allows players to play various sports such as cricket, hockey, football and kabaddi. In April 2019, the company became the first Indian gaming platform to become a unicorn. It is also the first platform to create a Guinness World Record. Khabi lame, the Senegalese-born Tiktoker and one of the world’s biggest social media influencers has partnered with Dream11 for their latest campaign: #Dream11PeDimaagLagaNa.

Mobile Premier League(MPL)  is an e-Sports platform that was launched in India in 2018. It features a variety of games such as 1-vs-1 battles, Fantasy sports, and skill-based games. It is an Android-based app that enables users to earn money by playing games. You can play over ten games with the Mobile Premier League app. It lets you set new scores each time you play. While playing games, one does not need to have an active internet connection to submit the scores which is quite unique in the segment.

BalleBaazi is an Indian online Fantasy cricket gaming platform founded in January 2018. It is a Fantasy Sports platform where you have a variety of sports starting from cricket to football to kabaddi along with baseball and basketball. It ensures you get the best fantasy sports experience with their huge prize pool and the wide variety of challenges. They hold over 4 million users. They have redefined the fantasy sports segment and have become the most engaging fantasy gaming platform in India. You can create a virtual team of real cricket players by using the allocated budget and score and then It depends on how your chosen players perform in real-life matches.

Paytm first games is an online cash gaming platform from the house of Paytm which gives another level of trust to the players for the security of their online gaming experience by their smooth transaction process in adding and withdrawals which are safe and 100%.  One single application serves all cash games including Fantasy games, Rummy and Callbreak. Master Blaster, Sachin Tendulkar is their brand ambassador and promotes it on a large scale. You get multiple options to add money from your card, UPI and even from your wallet and also withdraw the amount on the same methods. First Games also offers free games like Bubble Shooter, Bike Racing, Basketball, Hero 8 Ball Pool, and Jelly Crush.