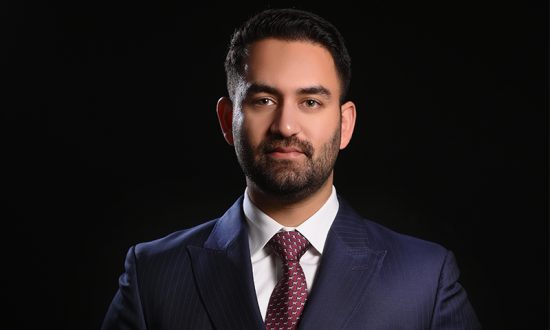 Arshdeep Singh Mundi belongs to the next generation of entrepreneurs, taking Jujhar Group to new heights with his proficient leadership and unshakable ambition. An undergraduate from the Royal Holloway University of London and post-graduated from the prestigious Indian School of Business.

With increased attention and discussion on the workplace disparities that women face, there is still more work to be done to close the gender gap. There is no doubt that women are underpaid compared to men, even whether their occupations are steady, well-paying, or high-skilled. The majority of women work in informal and susceptible jobs (domestic help, agriculture), and they are always compensated less than men.

Women will make up 41% of the workforce in 2021, up from 39% in 2020, according to a new Gartner poll. In 2021, women will occupy 15% of executive-level posts, down from 17% in 2020. According to industry research studies, India looks to have the lowest female labor force participation rate, at 24 percent, compared to 63 percent globally (as opposed to 94 percent for men).

The worldwide gender pay gap is expected to be about 24% in the future, but pandemic lockdowns have demolished it, with more women being turned down for jobs. Governments, society, and corporations, among other things, are erecting needless barriers to gender parity, such as restricted or no access to social security programmes, financial services, education, and digital services. At the bottom of the pyramid, where women’s financial independence has been wrecked, the Covid-19 problem has had a greater impact. The global gender gap, defined as the difference in societal, political, cognitive, cultural, or economic attainments or attitudes between men and women, will not be filled in the near future unless major stakeholders work together on a shared agenda: economic growth via inclusion. Given the present rate of progress in the four pillars of educational attainment, healthcare, sustained economic involvement, and political empowerment, another 135 years are expected to pass before the gap is closed.

Businesses should take a more active part in aiding the government’s efforts to promote inclusiveness, as well as learn from multinational firms that have formed good commercial justifications for eradicating gender disparities. Female engagement in the workplace has resulted in 22 percent higher efficiency, 40 percent better customer retention, and a 27 percent increase in profitability. By minimising turnover, women employees may bring considerable cost savings and reliability.

HR should keep the following steps in mind while empowering women:

Make a case for a culture that values gender equality.

Examine your current actions and make a conscious effort to shift from gender neutrality to gender awareness. In the event of sexual harassment, provide emotional support to the female counterpart to protect her rights. Encourage more women to advance to higher-level roles inside the company by emphasising equality and diversity at all levels. Break down barriers so that women may take advantage of opportunities in traditionally male-dominated fields. Women’s ability to manage variable schedules and productivity issues has been proved by legislation that allow women to work from home.

More women should be appointed to jobs in research and development

More women in R&D employment resulted in revolutionary change, according to an analysis of nearly 4000 companies. Women tend to exceed males when it comes to advocating for change. Women are the greatest people to build affordable products or services for low-income communities if you want to see growth.

Use artificial intelligence and technology to eliminate bias based on gender, caste, and other variables, and to hire individuals at all levels only on the basis of their credentials and fit for the job. Numerous studies have found that if a woman’s gender is unknown, she has a greater probability of getting hired (female programmers).

Make a strategy for specialised training

Male employees can receive training to instruct and sensitize them on how to work effectively with their female colleagues. Gender diversity training, according to a professional who has had success with gender diversity at his business, should cover themes like “questions not to ask a female applicant.”

Remove any roadblocks to advancement

Internal development of the female workforce is usually hampered by cultural and institutional barriers. Even at the most prestigious companies, discriminatory behaviours are frequent. Make HR policies that are both fair and truthful. Increasing the number of women in high-ranking jobs will help to reduce prejudice.

HR can play a key role in driving this with a bit more passion and conviction. HR’s involvement in bridging the gender gap does not need significant changes. With the right tools, HR may continue to utilize the same tactics they’ve always used to enhance operations like job analysis, salary evaluations, performance assessments, and other employment metrics. To make the gender disparity more egalitarian, all it takes is the right mentality. It is not only HR’s responsibility to preserve fair practices in the gender pay gap, but it is also their responsibility to put humanity at the forefront of the workplace.

How is CNC-on-Wheels Contributing to Society?
Gone with a Click: Preventing Our Most Prized Possessions from Ending Up on The Dark Web
The Future of AI: How Artificial Intelligence is Revolutionizing the Way We Work
6 Technology Shifts that will Enable Businesses in the Next 5 Years
How Can Indian Railways Maximize Revenues With Optimized Capacity Integration?
How is Cloud Technology Disrupting the Tech Industry in 2022
CONTACT US