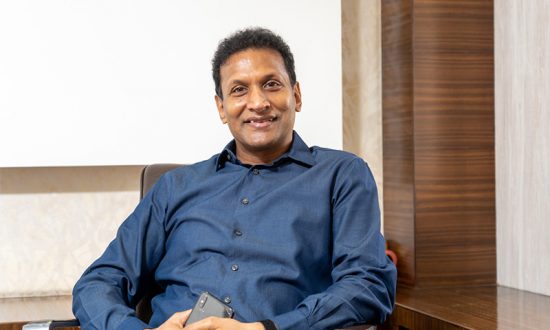 A Chartered Accountant and Company Secretary, Sanjay is a first-generation entrepreneur with an experience of more than 25 years in Investment Banking. He’s also an avid investor in early-to-growth stage companies and a philanthropist.

Manga. Karaoke. Sushi. Anime. Bullet trains. Suzuki Hayabusa. The original Walk-Man. The original Asian economic miracle. Japan is the country we dream of being – so why should India avoid Japanification?

Japanification, in the words of Naohiko Baba of Goldman Sachs Research, is “the combination of low growth, low inflation and low interest rates that has plagued Japan since the collapse of its real estate bubble in the early 1990s”. Any country that shows conditions similar to where Japan was at the start of the 1990s is said to be at risk:

What happened to Japan in the 1990s? From the 1950s onwards, Japan was the poster boy of Asian revival after more than a century of colonial and imperial humiliation. It was the fastest growing major economy in the world, doubling in size every 7 years on average. It exported high value manufactured goods to all the countries of the world and was seen as a rival to the USA for global economic dominance. It achieved the longest average lifespan for its citizens (with global interest in Japanese diet and lifestyle). Nothing could go wrong – till in the late 80s, Japan’s banks, handheld by its central bank fuelled a lending boom, especially in real estate. Trying to contain the ensuing bubble the central bank raised interest rates – puncturing it. The real estate market collapsed and hollowed out the banks. Even today, three decades later, several of its banks are laden with unpayable debts – so called zombie banks. The lost decade of the 90s is on its way to a fourth one. Meanwhile, its export-driven model was being slowly upstaged by its neighbour that made the same goods for much cheaper.

That neighbour – China if you haven’t guessed yet – is now on the Japanification waitlist. The symptoms are all there. Just as the Japan of the 90s, China’s economy depends on exports and real estate for growth – both facing choppy waters. The one-child policy led to a drastic slowdown in population growth, and has now led to a situation where the number of young Chinese entering the workforce is outstripped by the number of those retiring. Its exports have faced several headwinds – a trade war with the US, pursued by both Trump and Biden administrations, accusations of intellectual property theft, additional scrutiny of human rights practices, and finally the disruptions in the global supply chain due to the pandemic. On the other hand, Evergrande, Kaisa and Fantasia are names that have kept China in the news for all the wrong reasons – over-leveraged and over-indebted, leaving behind a trail of ghost buildings across the country’s landscape. And broke creditors, among them China’s leading banks. Have the first dominoes fallen, in the eventual Japanification of China? Is this the start of a recession that could sink the world still tottering from the effects of the COVID-19 pandemic? Will China throw good money after bad, in trying to shore up the banks? The jury is out – largely because China has recovered from past predictions of collapse – in 1997, in 2008, in 2015 and in 2020.

The other candidate is Europe (Britain included). Its population has aged as well, though a lot slower than China, with its root cause going back to the massacre of millions of young men in the World Wars. The heavy emphasis on social welfare with generous medical coverage and pensions has left its countries with big bills – and voters who will punish any government that tries austerity (not that they haven’t tried). Reducing the average national age by encouraging immigration is a non-starter. And it is European banks that introduced us to the phrase “stress tests”.

In a nutshell, no. India does not have the perfect storm that will cause a Japan-like cycle of stagflation yet. Here’s why:

Does that mean I recommend you go full bullish on the Indian economy? Obviously, no. There are danger signs, and if they are not given attention, India might contribute its own name to the Dictionary of Economic Disasters. Here’s why:

But it’s not an endless Meena Kumari film. India has pluses that Japan doesn’t – self-sufficiency in food for one, and in most industrial ores for another. An economy not dominated by such giants that a burst bubble will sink all. A tourism sector that has unrealized potential. A population that truly values education, and a loyal diaspora. An economy that is not misbalanced by lopsided military spending.

But Japan isn’t just an economic cautionary lesson. It’s also a country that has – as a soft power – karate-kicked above its weight with its Anime and Bullet Trains and Sushi. And that’s a lesson we could learn.

How is CNC-on-Wheels Contributing to Society?
Gone with a Click: Preventing Our Most Prized Possessions from Ending Up on The Dark Web
The Future of AI: How Artificial Intelligence is Revolutionizing the Way We Work
6 Technology Shifts that will Enable Businesses in the Next 5 Years
Use of Technology in the Advertising World
Will There Be Virtual Events After In-Person Events Return?
CONTACT US