Home /LEADERS' INSIGHTS/Changing Role of Women Leaders in an Organization

Changing Role of Women Leaders in an Organization 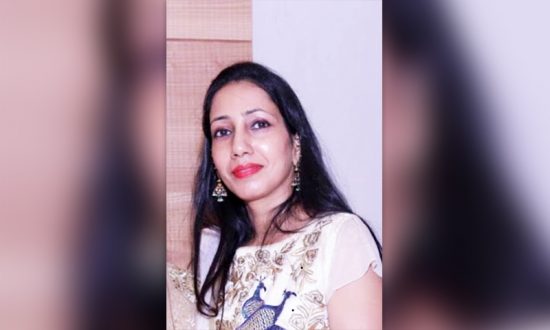 A dynamic leader with a demonstrated record for finding innovative solutions and delivering constructive business results, Kriti Aggarwal is the Co-Founder and Chief Product Officer at Hippo Innovations. She is the driving force behind the avant-garde designs, overall UI/UX of its product StoreHippo, and heads the marketing and branding efforts of StoreHippo.

The topic of women leadership and women as leaders is a universal issue for discussion. While there have been many debates, the job scenario has witnessed a change, and women are given increased preference in hiring and taking up managerial roles in the organizations. However, the concept is picking up pace slowly, and there is still an increased need for women to be recruited at the leadership and board member roles.

India being a developing country, has the policy of acquiring a minimum of one women director on the board of the listed companies. There has been a shift, and more women hiring is on the rise. They are now made a part of the organizational team. However, there is indeed a lot of scope for improvement.

In the ever-evolving world where feminism and equality are given prime importance, women are carving their success path in the corporate world. Passé are the days when the females were expected to be housewives or homemakers and males were the sole bread earners. The women now adorn the roles of working women and successfully balance both work and personal life.

Nowadays, businesses prefer recruiting female employees, especially in managerial roles. This trend has witnessed a surge at the global level. In this world full of prejudices, stereotypes, gender bias, and gender differentiation, men were favoured and given preference while women were often neglected and ignored.

However, with the changing times, the females have understood their value and worth and hence take a stand for their rights. The firms are also acknowledging this fact and going by the equality concept. They consider both of them at par. They also understand that organizations with diverse teams offer diverse experiences and perspectives and can deliver better and extend an enhanced customer experience.

The hiring scenario in terms of female recruitment is improving. They are considered to be fundamental in the company’s growth and development. However, there is still scope for improvement in the representation of women in leadership roles.

Barriers to the growth of females

Stereotypes, biases, unsupportive and uncooperative business culture, and societal and family pressures all act as restrictions and hence cause trouble in females’ career growth. The road for females to reach the top isn’t easy. Experts point out that for women to reach the top of the hierarchy is indeed tough compared to the males. They have to work harder and prove themselves at every point to justify their promotion.

The notions that women can’t balance, or handle managerial roles or take up responsibility are indeed changing. The firms are now moving towards the elimination of such biases and discrimination. They are changing their recruiting and work strategies to ensure the females are given due credit. The positive wave of changes has already begun with the firms accepting gender gaps and stereotypes and working towards eliminating the same along with equal talent targets, and extending a supportive and motivating work environment.

However, just recruiting women won’t solve the purpose and isn’t the only solution to curb this problem. There is a need to imbibe their inclusion too. There has to be a balance in hiring and the firm’s voices to ensure the inclusion of the female workforce.

Women empowerment is a key issue and is often not addressed. However, what is often unnoticed is that the concept not only enlists providing equal rights to women but also states the creation of increased entrepreneurship opportunities, increased safety measures, and catering to the issues of women’s health well-being. Not many authorities realize that poor hygiene conditions and ill health often lead to females giving up on their dreams.

How can women succeed?

For women to succeed not only do we need to bring about changes in the workplace culture and hiring, but we also need to bring about transformation in the mindset of the society and people with reference to the traditional norms of marriage and household responsibilities. Even the families have to be supportive enough to consider the females in their family worthy of being independent, successful, and capable enough to handle both work and home.

How can organizations push the growth of females?

While at the workplace, the firms need to implement strict actions and rules and ensure a collaborative environment so that women feel a part of the organization and are valued. Additionally, women have to be confident and determined enough to understand their worth and push themselves to convince their families to pursue their dreams.

Gender equality has to be enforced at all levels ranging from education and recruitment to the allocation of work responsibilities. Firms need to acknowledge if gender gaps exist and implement policies to put an end to this. They need to make the workplace all the more cohesive and collaborative so that not only are the females hired but are felt included in the organization and eventually take charge of the responsibilities.

Women should stay focused and determined to reach the top

Women leaders can be built only when there are concerted efforts and a sustainable environment. From the women’s perspective, it is imperative that they stay focused and determined. They should keep pushing themselves no matter what happens. To be a woman in the leadership roles, she needs to be pro-active in her approach towards communication and participation in events along with the possession of skills like democratic tactics, leadership, and managerial skills, encouraging and positive attitude.

Having clarity about one’s skills and knowledge bank will also help the females to give in their best. However, it is essential that they be a part of the organization’s various key departments including internal and external communication along with their industry knowledge and experience so as to be accepted as worthy talent.

Many sectors like healthcare, IT and media do have female dominance and are driven by the women workforce. This is the testimony that removing gender biases and having women’s talent eventually pushes the growth and makes way for development. Having women as a part of the core team forms a strong foundation. Undoubtedly there has been a major change at the global level in terms of hiring and inclusion of women and their upliftment as a community, there is still scope for improvement.

The plan to achieve a 50-50 partnership can be achieved only when the women community, society, and the organizations together make concerted and focused efforts. They have to work with a common aim to end gender disparity, sexism, and ensure access to quality health facilities, resources, education, and job opportunities along with active participation in the decision-making process.

Women don’t expect and don’t require special privileges. All they ask for is their right and to be treated equally as men. And all we can do is join hands to achieve this long-term pending vision of an equal world where women are given due credit and adorn the hat of leadership roles.

The Power of Management by Walking Around
How Will Industry Cloud Benefit the Businesses?
Trends in Cybersecurity in 2022
Building Cyber Resilience in the New Normal – Need of the Hour
Why Should We Stop Talking About Gender Diversity in the Workplace?
Queens of the Tech World
CONTACT US