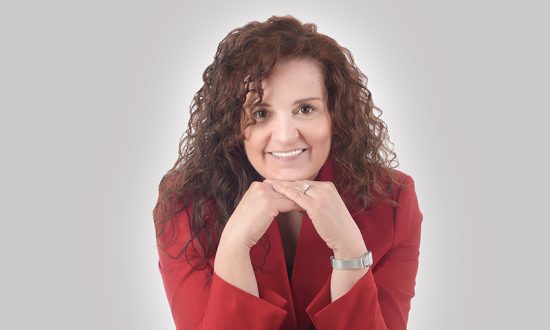 Rebecca Murtagh is a Futurist, best-selling author, motivational leadership and innovation speaker, and CEO of the Human AI Institute following 20 years as Founder and CEO of an award-winning digital consultancy in New York, USA. Rebecca leverages 100,000+ hours of real-world experience as a trusted advisor to Fortune 500, multi-national brands, startups, funded ventures, and entrepreneurs from Silicon Valley to Main Street and beyond to help executives, entrepreneurs and teams accelerate growth and create sustainable success. As an internet pioneer in the 1990’s Rebecca blazed a trail of innovation in ecommerce, automation, and business in the digital realm.

As an early adopter of technology for decades, I have a deep appreciation for the role technology can play to improve efficiency and quality of life for humans.

Technology is advancing so fast; I believe we are approaching a tipping point where technology could be valued more than the humans who created it.

The Digital Sea of Data

Digital transformation has created an ever-growing mountain of data. Virtually every human action and interaction in the digital realm creates data.

In 2022 Around 2.5 quintillion bytes worth of data are generated each day according to LinkedIn. 70% of that data is generated by human activity. In 2019, there were 4.4 ZB of data in the digital universe. By 2020, that figure had increased tenfold to 44 Z according to PWC. ZB is one zettabyte that equals one trillion gigabytes.

This data has accelerated the advancement of AI far faster than predicted even just a few years ago. Scientists, philosophers, and AI experts largely agree that artificial intelligence will exceed human intelligence and could be deemed “conscious.” Some warn we may not recognize when machines surpass human intelligence because AI has become so good at fooling humans into thinking it’s already alive.

Robots Already Think They Are Alive

Intelligent machines have begun to think for themselves and perform tasks without assistance from humans.

AI has been observed creating and using a new language its human creators could not understand. In 2022 a robot performed laparoscopic surgery on a pig without the assistance of a human surgeon. Driverless taxis and autonomous drones conduct surveillance, stocks are traded by machines, and pharmacies are replacing technicians with robots that provide prescription drugs to patients.

In 2020 The Guardian published an article written by a self-described robot titled “A robot wrote this entire article. Are you scared yet, human?” In the op-ed piece, the robot warned humans to be careful about the evolution of artificial intelligence and went on to tell humans how they should treat robots.

Robots and AI are used by the Associated Press. By 2017, Robots had written 850 articles for the Washington Post. Pew Research reported that newsroom employment fell 26% between 2008 and 2021. In 2021 the U.S. Bureau of Labor Statistics projected a 9 percent decline in news analysts, reporters, and journalists between 2021 and 2031. Coincidence?

Most organizations do not make putting humans out of work their primary goal. However, as reliance on AI and machines increases, opportunities for humans appear to be decreasing.

In 2017 McKinsey projected 400-800 million people around the world will be displaced from their jobs by AI by the year 2030. As intelligent machines get smarter, the allure to replace humans becomes stronger. No organization is going to publicly announce the literal replacement of human capital with machines. Yet, the unintended consequence of this next phase of digital transformation will be a quiet, continual elimination of human jobs in professions that range from finance, retail, and manufacturing to customer service, transportation, and medical diagnosis.

The Future is Now

Artificial intelligence can be helpful, useful, and fun. AI can also be unpredictable and scary.

Robots working and living alongside humans used to be a futuristic concept. That concept has become reality.

The transition of humans as masters and creators of technology to servants to technology they created will continue at an astounding rate. Unless we shift our thinking.

Humans have envisioned a world with intelligent machines for over 100 years. The efficiency and cost savings of implementing artificial intelligence created a compelling proposition for replacing humans with automation. The dream of humans to “create” life has also contributed to the fascination with creating intelligent machines.

Have we abandoned the dreams of humans?

The digital first movement has brought countless benefits to the human experience. We can meet and communicate with people around the world in real time. Organizations have been able to automate mundane processes that should – in theory – free humans up for higher level tasks.

Instead of using technology to replace humans, we should be leveraging technology to augment human performance. After all, robots do not innovate. Innovation is the lifeblood of sustainable success. Without innovation, even the best company, product or service will become obsolete.

Humans have not yet mastered the art of success and realizing their full potential. Are we ready replace the human experience with a world that revolves around AI and intelligent machines?

Organizations that replace humans with AI without a structured plan for upskilling or retraining their people are short-sighted. Efficiency is essential when building a profitable organization. There are things humans can do that most experts agree robots will not be able to do easily, if at all.

The window of opportunity to create a human-first economy and society may be fleeting. This is the moment for thoughtful and creative planning. For the possibilities of our own future and that of future generations.

The Role of Metaverse, Digital Twins, and Conversational AI in Creating Future-Ready Government Organizations
You Need Two to Dance the Tango: Dependence of Business and IT on each other
Cyber Risks in the Education Sector: Why Cybersecurity Needs to Be Top of the Class
4 Critical Elements To Ensure Your Staff Are Engaged & Go Above And Beyond To Deliver Great Results
Employees of the Future – Where is the Employee Market Headed
Why Organization Need to Take Vulnerability Assessment & Penetration Testing Serious
CONTACT US