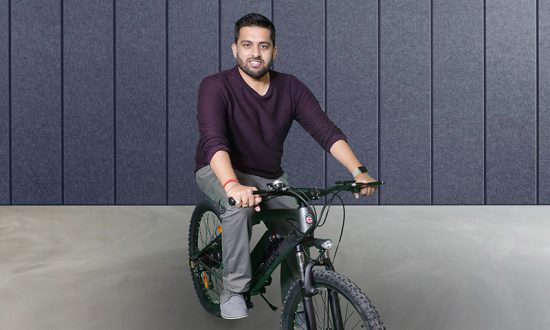 Ankit Kumar comes with diverse interests as a technology enthusiast with multiple entrepreneurial ventures. Ankit’s core investments have primarily been in the EV and Drone space.  The technology investor is currently the CEO GoZero Mobility. Over the years he has also worked with different verticals across various geographies as a seasoned consulting professional with deep expertise in international corporate strategy, joint ventures, Mergers & Acquisitions. In the past, he has helped over 50 MNC’s to grow in the domestic market as well as expand into emerging markets such as India & SE Asia.

With all the buzz on EVs and the government’s push towards incentives, charging infrastructure and whatnot, let us bring to light one specific EV that is silently taking all the cities around the world by storm – the humble, silent and ever nifty electric bicycle, aka e-bikes.

The typical working professional in an Indian metropolitan city lives within a radius of 10 km from their workspace. However, with the proliferation of motorized vehicles in all metropolitan cities, and the tacit label of status that is attached to the ownership of a motorized vehicle, our roads have become clogged with private cars and motorcycles. This has increased the average living expenses by around 1.2-1.5 lacs annually if you own a car or 30-50 thousand for a motorcycle. Tagging along with this has come numerous problems such as clogged roads, instances of road rage and accidents, all of which have contributed to time wasted on the road and deteriorating mental health. This is also not to mention, the costs of air pollution and CO2 emissions making life in the city bleaker by the day.

And here’s where e-bikes have come to be that light at the end of this tunnel of living in the city. Ginormous though the claim may be, the benefits of commuting by an e-bike far outweigh its minuscule cost (not more than 3000 a year) and the benefits that one may see out of commuting by motorcycle/car. The e-bike marries the bicycle and the motorcycle, providing us the best of both worlds – the fitness and light-on-wallet qualities of a bicycle and the effortlessness and swiftness of a motorcycle. The physical fitness offered seamlessly integrates into the busy lives of the average working professional, who are ever more sedentary than before.

But how is this important for corporates and employers? With improvement in physical fitness, and no time being wasted in traffic jams, reduced frustration from road rages and accidents, comes astronomical improvement in the mental health of their workers, thus further improving their efficiency – higher output and reduced leaves due to health issues.

Governments and businesses around the world have come to realize the true benefits of e-biking to work and have worked together in bringing schemes to encourage this habit. The UK government’s scheme of Biking to Work is one such example, where both parties have come together to subsidize the cost of ownership of e-bikes for their employees. Governments around the world have also cordoned off zones and lanes specifically for cycles and e-bikes, measures that have been adopted by the Kolkata government (which has announced 120 km of cycling lanes in the city).

Employers in India have begun to notice the benefits of e-bikes and have started taking the initiative of providing their employees with e-bikes, and enjoying the benefits of costs saved and healthy employees. OEM brands working in the space of e-bikes need to join hands together to promote this habit to co-exist within all metropolises in order to make the impact significant on a global scale.

What Agritech E-commerce has to Offer to Agro-based Brands?
Why Modern Data Analytics is Substituting Traditional Data Analytics
The Green Factor! How Brands can go 100% Sustainable
The State of Digital Transformation and Integration Ecosystem in India
CFO & Treasury Summit Asia 2021 (20 April 2021): The online technology event of the year for CFOs and corporate treasurers across Asia
Aaveg Partners with Firstsource to Manage Employee Commute in Bengaluru
CONTACT US