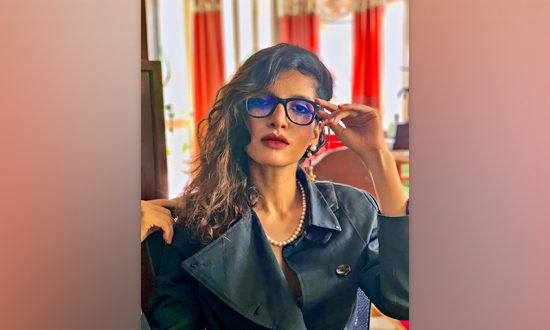 A model turned lifestyle influencer, Shruti Khandare has a lot of feathers to her cap be it winning Miss Cochin 2010, Miss Kerala First Runners Up 2011, Miss South India 2013 & placed in top 25 of Miss India 2014. She has even judged various fashion shows like Milan Fashion Show at the SRM University 2013 & Navy Queen Karwar 2013 along with inaugurating the coveted Kalyan Silks Showroom at Calicut. Shruti is the brainchild behind the branding, marketing & positioning of MyFundBazaar – an online mutual fund investment platform that provides you with smart digital financial advice and scientific portfolio allocation. She presently heads the Marketing & PR of MyFundbazaar along with creating unique finance-related content for her 81,000 followers on Instagram.

“You never change things by fighting the existing reality. To change something, build a new model that makes the existing model obsolete.” – R Buckminister Fuller

The history of VR & AR goes back to 1838 when Charles Wheatstone created his stereoscope, which superimposed an image over each of the user’s eyes, creating a distant 3D image. Over the years, the Wheatstone experiment & many more inventions contributed to the cutting-edge technology recognised today. More than a decade ago, the first real smartphone hit the market & made screens an essential ingredient of our lives – changed how we communicate, work, travel, purchase & more. The first validation of consumer AR technology use came from the explosively popular Pokemon Go before which nobody had thought about AR experiences or applications on the touch of a smartphone.

With 75% of organisations with large-scale VR & AR implementations having realised over 10% operational benefits & some expert sources claiming that in 2025 the market size of immersive technologies will reach an unbelievable $500 billion, AR & VR are making tangible contributions in business development. In the industrial companies, the primary areas where AR & VR are becoming efficient solutions are – repair & maintenance, inspection & quality assurance, design & assembly and immersive training.

While companies like SnapChat & Facebook have found entertaining ways to deliver AR experiences on social media platforms, retailers have developed AR apps to assist customers with online purchasing decisions. Quite like the IKEA app which gives consumers the ability to visualise furniture at the comfort of their homes, simply by holding their smartphone in a room or area. This not only removes fear consumers experience when shopping online for big items, but AR & VR provide an added convenience.

Car manufacturing is among the industries that found the most significant number of applications for AR & VR – be it from the shapes of handles & steering wheels to the aerodynamics & crash performance etc. Moreover, the most common use of VR in the transportation sector is in the education & training of employees – future pilots can gain first-hand experience training through VR. Additionally, natural resource extraction companies make extensive use of VR Technologies – specialists in oil & gas production enhance their skills with complex drilling equipment decreasing the risk of equipment malfunction. Furthermore, applications of VR in the airline manufacturing industry are similar in many ways to the automotive industry. Increasing productivity by 40% & reducing wiring production time by 25% – Boeing achieved such spectacular results by equipping their technicians with hands-free AR devices.

With a rash of store closings, VR is an emerging solution to the challenges facing traditional as well as other strategy e-commerce companies have started experimenting with. Using AR/VR, retailers are offering customers everything from virtual fitting rooms to the ability to design & customise products where consumers shop virtually, entering stores using headsets instead of needing to be physically present. Also, across multiple branches of the military, AR/VR is being used to create large-volume simulation environments – providing an immersive way to train recruits & optimise operations – a software simulation company, Bohemia interactive Simulations is creating a ‘virtual training environment for tactical training, experimentation & mission reversal for land, sea & air. Not just the military, VR also provides an avenue for organisers to welcome more individuals into in-person events, enabling individuals to be at places virtually. The media sector has been equally eager to embrace the concept of virtual reality, looking to place audiences ‘inside’ their stories.

AR & VR have added a new dimension to the finance industry as well. Considering there is a lot of data to analyse, AR & VR bridges the gap to data visualisation that traders use to make important wealth management decisions. Holographic workstations offer 2D & 3D elements that add to the bank’s existing processes & gives users better access to algorithms & trading tools. Biometric security can be now introduced in an AR system that could then connect with a VR world giving access to VR bank services, make ATM transactions & even make payments. Not just that, for both employees & customers of financial institutions, AR & VR have huge potential for teaching people new information in VR Finance. The world of AR & VR has already impacted how financial institutions interact with customers, train employees, provide services & manage data.

To conclude, AR & VR technologies have clearly gained widespread popularity in various industry sectors despite having a range of challenges – technological integration, data readiness, talent & general awareness. However, as these technologies evolve, industries need to keep up or face the risk of losing customers to immediate competition, or, worse yet, become irrelevant. Today, we are in a state of compromise with AR & VR devices considering none of them give users a complete, boundless & immersive experience – lacking natural wide field of view, limited display resolution, low brightness, a short battery life & lacking 3D sensing capabilities. Despite the extremely high development costs, the complexities of AR/VR devices & other challenges, these technologies are still tip-toeing into the commercial world, but early adoption has arrived. However, how close are we to mass adoption is a question we really need to ask ourselves. On the flip side, with improved immersive technology & AR capabilities, the form factor of our favourite consumer electronics will change & we’ll never look back.

Leadership Vs. Management
Beyond Diversity, Equity and Inclusion
Online – The Future of B2C, D2C, B2B
How The Upsurge In Cyber Security Breaches Is Threatening Accounting And Bookkeeping
How is vCommerce different than eCommerce
Immersive Technology and Brands – The Connection of Today’s World
CONTACT US