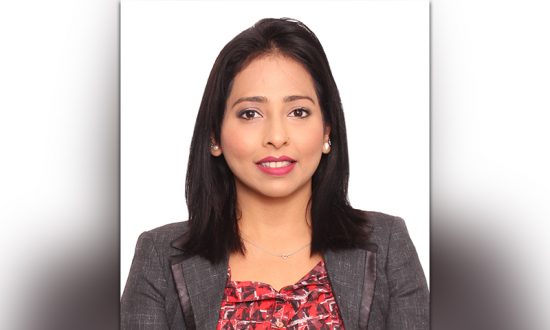 Misbah is an under 35 award-winning creative communications expert with a combined experience of nearly 15 years to her credit as a journalist and a PR professional. From FMCG to BFSI and Fashion & Lifestyle to Education, Misbah has worked across several sectors with BFSI & Tech PR being her strongest suit. Misbah holds a Bachelors degree in Media Studies, Law and English Literature from Leyton Sixth Form College in London, United Kingdom. An opinionated, strong-willed woman – Misbah’s contribution in the external and internal comms industry has been pivotal in driving the branding strategy for her clients. One such recent PR campaign was the launch of India’s First Debt ETF – ‘Bharat Bond’ by Edelweiss Mutual Fund – which went on to win the MARCOM AWARDS 2020 – PLATINUM trophy.

“Nirma…washing powder Nirma… Hema, Rekha, Jaya aur Sushma…sabki pasand Nirma!” – this jingle has got to be one of those captivating tunes which would have us humming it as soon as the brand name Nirma is mentioned, even today – several years after it was first introduced to the silver screens.

This was a clever, well-thought marketing strategy by Gujarat’s Karsanbhai Patel to position Nirma as a brand that made washing clothes an activity that the female consumer would almost get excited about, thanks to the perky advertisement.

However, in the 2000s, Nirma chose to rebrand itself and came up with a revision in the existing marketing strategy to charm the ‘new woman’. This advertisement positioned Hema, Rekha, Jaya and Sushma, (still equally excited about washing clothes) not as homemakers but as four career-driven, economically independent women. This was a conscious decision and well-intended too. This communication strategy was focused solely on the female consumer.

The only problem here is that while the profile of the women being targeted has indeed undergone a sea change, the product being advertised – washing detergent – is expected to ‘appeal’ to the female consumer only.

Today, switch on the television set or log onto YouTube, and you are bound to come across several such advertisements catering primarily to the female customer. Most of these ads are for products that are ‘women-centric’. The ‘Why should boys have all the fun’ tagline by Hero Pleasure (which was positioned as a women’s bike) or the brand proposition ‘Jo biwi se kare pyaar, woh Prestige se kaise kare inkaar…” by Prestige, featuring Aishwarya Rai and Abhishek Bachhan are some other examples.

On the other end, one refreshing advertisement in recent times was that of Cadbury India. It is a revamp of a beloved old advertisement from the early 1990s in which a girl is seen dancing on the cricket pitch to celebrate her boyfriend’s century. In the new version, it is the woman who is on the field, she scores a century and her overjoyed boyfriend runs to the ground, sneaking past the security personnel, mimicking the same dance moves as shown in the old ad by the girl. The ad ends with the brand’s tagline “asli swaad zindagi ka”, with the hashtag #GoodLuckGirls.

There is a general belief that you put a bunch of guys in a room and they will probably be discussing women, sports, gadgets, bikes and cars. But you throw in a bunch of young women – and the topics would range from men, makeup, family life, menstruation. Is this really true? I, as a millennial, working woman can say that we women have a lot more to discuss and debate about. Like, religion, sports, career ambitions and yes, men or even other women.

Women no longer just want to see relatable ads or read news about women who are great with ‘women centric’ products and concepts but we would love some gender-neutral communication, We keep hearing about the alpha male – but the alpha female is also equally crucial to be considered when marketing and communication strategies are designed.

What Women Want?, a new study from Kantar in the United Kingdom recently reported that despite an increased focus on equality driven by movements like #MeToo, major brands are still not effectively acknowledging women’s priorities, or communicating with women in an empowering manner at every step of the customer journey.

Women don’t want to see young girls, jumping around from a café to the corporate high rise, wearing tight white pants, with a blue liquid being shown on the screen to depict blood, nor do we want women to be pitted against men or be used as a prop in sexual safety campaigns. Women want to see relatable women on screen, in the news, on social media – flawed, real, strong, emotional, lazy, messy – into bikes and gadgets, just as much as the men.

It is true that men continue to be regarded as the ‘head of the family’ by default, and not just in rural India but even in some parts of the metros. India is still in the nascent stages of accepting women as the frontrunners of household decision taker. However, the millennial crowd is bringing in the change we have all been keen on seeing. Women are now not just change seekers, but change makers. Women are no longer waiting for approval on a decision but are transitioning towards the role of decision-makers. It’s a slow shift but it exists nonetheless. And that is why brands need to tailor all of their branding strategies – right from company spokespersons’ news coverage share to advertisements, ad films, newsletters and awards.

Slightly off-topic perhaps, but working in the communications sector, I have worked with some brands that have wanted to position their female spokesperson as the lead only when it could be cashed in on, women’s day, girl child day, breast cancer awareness month – well, you get the idea. These smart, skilled women, leading a team of other smart, skilled men and women would be sidelined on all other key occasions only because if a brand face is to be chosen between a man and a woman, it would rather be that of a man.

By studying the needs, wants, habits and buying behaviours that have arisen among women during the past year. To borrow the language of economics, women are leading indicators for how the consumer market is changing.  Historically, many of the changes that women pioneer eventually go mainstream among all genders and age groups. Women are a compass for a changing world. As an example, consider policies around flextime and working from home, which was once viewed primarily as “accommodations” for professional women with childcare responsibilities. What’s good for women is usually good for everyone – this was a wonderful, insightful excerpt from Bridget Brennan’s article –‘The Women’s Consumer Market: How To Plan For The Unknown In 2021’ for Forbes.

Covid has accelerated the inevitable. It’s time for brands to not just zoom in on the female consumer on women’s day, cashing in on the emotional appeal around feminine products and their soft knit marketing strategies. Women are the protagonists in the brand’s consumer outreach journey and brands can longer afford to ignore the women consumer or use one as a cosmetic crutch.

The Role of Metaverse, Digital Twins, and Conversational AI in Creating Future-Ready Government Organizations
You Need Two to Dance the Tango: Dependence of Business and IT on each other
Cyber Risks in the Education Sector: Why Cybersecurity Needs to Be Top of the Class
4 Critical Elements To Ensure Your Staff Are Engaged & Go Above And Beyond To Deliver Great Results
The Rise of the Vegan industry in 2022
3 Reasons Why Online Training Platforms Are Changing Fitness Forever
CONTACT US