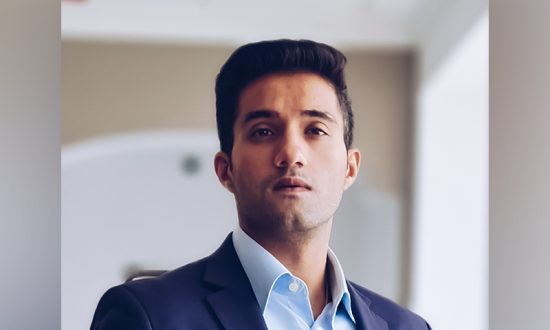 Raghav Mohan Bakshi, General Manager Corporate, RRB Energy Limited, has been a key component in the daily corporate functioning of the company and holds an especially important role too. He not only manages practically every area of the company’s corporate operations, but also devises unique strategies to strengthen the family business’s corporate image. Functions such as enhancing IT procedures, boosting customer service, and preparing for the organization’s future growth/diversification are all under his direct direction.

Renewable energies are a source of energy that is both clean and infinite. They differ from fossil fuels in terms of variety, quantity, and potential utility, but most crucially, they do not release greenhouse gases or damaging pollutants that contribute to climate change. Their expenses are likewise steadily decreasing.

There is a need for renewable energy sources

Clean energy production is critical for preventing climate change and mitigating its most disastrous consequences. According to the International Energy Agency, global electricity demand will have increased by 70% by 2040, with its share of final energy use increasing from 18 to 24 percent during the same period, primarily due to the evolving economies of India, China, Africa, the Middle East, and South-East Asia. Transitioning to an energy grid based on renewable technology will have a significant economic impact on the global economy and development.

All Market variables (e.g., cost, diversification, accessibility to demand or transportation), policy decisions (e.g., tax incentives, feed-in tariffs, and mandates), and specific laws have an impact on renewable energy implementation. By the end of 2020, almost all countries have renewable energy policy commitments in place.

Some examples of low-cost and frequently used renewable energy power sources are:

Solar renewable energies are abundant and widely available, and they may be exploited wherever there is sunlight. The amount of solar radiation, also known as insolation, that reaches the Earth’s surface every hour is greater than the total amount of energy utilized by all human activities in a year. A variety of elements, such as geographic location, time of day, and weather conditions, all, influence the quantity of energy that can be harnessed for electrical production or heating.

Solar hot water heaters, which are often located on the roofs of homes and flats, supply household hot water by absorbing solar energy, which heats a conductive fluid and transfers the heat to a water tank. Modern collectors are built to perform even in cooler environments and on cloudy days. Solar-generated electricity emits no greenhouse emissions. The biggest environmental implications of solar energy stem from the use of toxic elements (arsenic and cadmium) in PV manufacture, as well as the vast quantity of land necessary for a utility-scale solar installation (hundreds of acres).

Wind is among the largest renewable energy source for power generation. Wind power generated more than 6% of electricity in the world in 2020.

Capacity refers to the maximum power delivered that can be produced when the wind is strong enough to power a turbine. Wind farms might not always yield as much of it as their potential, since the wind does not always blow. Over the last 30 years, the average turbine size has continuously increased. Today, modern onshore turbines typically range from 2 to 5 MW. The largest production models for offshore application can generate 12 MW; certain revolutionary turbine models in development are predicted to yield more than 14 MW in megaprojects in the coming years.

Local economies benefit from the indigenous character of renewable energy sources, which add substance to the term “energy independence.” Dependence upon carbon fuels imports results in subjection to the supplier country’s economically and politically short-term aims, which might jeopardize energy supply security. Everywhere in the planet, a renewable resource – whether wind, sun, water, or organic material – is accessible for creating energy sustainably. In many parts of the world, renewable, notably wind and photovoltaic are now less expensive than conventional energies. The primary renewable technologies, such as wind and solar photovoltaic, are dramatically lowering their costs, making them the most cost-effective option to generate power in an increasing number of markets. Economies of scale and innovation are already causing renewable energies to become the most sustainable answer for powering the world, not only environmentally but also economically. The international agreement in favor of economic “decarbonization” also provides a particularly advantageous foundation for the promotion of clean energy technologies.

Are Two Heads Better Than One?
Society 5.0: Technology at the Service of Sustainability and Quality of Life
Patching the Brains
Automation Software to End Repetitive Tasks & Make Digital Transformation a Reality
The Financial Lives of Most Indians
Aiming to Truly Democratise Higher Education
CONTACT US