Home /EXPERTS' OPINION/How not to Damage a Brand’s Online Reputation?

How not to Damage a Brand’s Online Reputation? 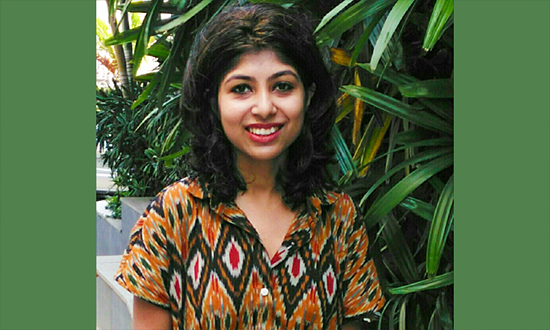 Piali Dasgupta is Senior VP – Marketing at Columbia Pacific Communities. She is an award-winning marketing and communication professional with over 15 years of cultivated skill sets in strategizing and driving branding, imagery, brand positioning, brand architecture, customer segmentation, communication and storytelling. A sharp creative thinker and ideator, Piali believes in striking the right balance between the yin and yang of Marketing.

The recent imbroglio that Fintech firm Bharat Pe found itself amidst can serve as a huge lesson in online reputation management and crisis communication for brands.

The very public spats between Bharat Pe’s co-founder Ashneer Grover, after he resigned on March 1, 2022, from the organisation, and the company’s senior management, comprising current CEO Suhail Sameer ended up hitting headlines, and contributed to a lot of memes online, particularly in the past week.

All at the cost of the reputation of a start up that has had only four years to build its equity in the market.

A week ago, one of Bharat Pe’s executives asked the company to clear his dues along with that of his colleagues. This post soon went viral, and Grover commented on it asking the board to clear the employee’s dues. His sister, Ashima Grover, chimed in too. Sameer responded to Ashima’s comment in a rather offensive tone in Hindi, alleging that her brother had stolen all the money from the company, and there was not much left in their kitty to pay salaries.

Post this, Sameer had to tender an apology on LinkedIn saying that his comment was “out of line.”

Could this have been handled better? Yes.

The CEO of a company is the flagbearer of its culture. He or she is always in the public eye, and his or her personal comments can often be seen as a reflection of the culture that is being built in an organisation. Because, whether we like to admit it or not, culture still is built top down.

Therefore, it is imperative for the Corporate Communication, Crisis Management and Online Response Management Teams to coach CEOs on how to approach negative comments that they are tagged in on social media and react or respond to them.

Often, companies make the mistake of assuming that a CEO would know how to conduct himself on social media.

A company’s reputation is often at the hands of its leadership team. It is not an easy responsibility to shoulder given that lines between what is “personal” and what is “professional” can often blur. However, it is almost never advisable to be demeaning or offensive to people on social media, even when one is being provoked, because it causes irreparable damage to the reputation of the brand one is at the helm of.

Often, in such cases, the company becomes a laughingstock for washing dirty linen in public which results in low brand equity, brand trust, shareholder value, and reduces the company’s ability to attract good talent in the future.

Furthermore, the CEO loses face and his leadership skills and value system come under serious public scrutiny. So, in effect, it’s bad PR for both the organisation as well as its leader.

In the above case, the best strategy for Sameer would have been to not respond to comments from Grover and instead issue a statement on the platform, after clearing his employees’ dues, that their concerns have been addressed by Bharat Pe, and to thank them for their patience as the company navigates turbulent times.

While it is true that public memory is short-lived and today’s controversy in the paper is tomorrow’s garbage, it is also true that anything said on an online medium stays with people as screenshots even if the comment is deleted later.

And in many cases, these resurface years later, for some other controversy. Case in point being old videos of actor Will Smith resurfacing after the recent slapping episode at the 94th Academy Awards held earlier this month.

A large part of a brand’s online reputation is mapped through sentiment analysis – which is done by studying the sentiment of the comments received by a brand on its social media handles, and also through reputation score, which takes into account reviews, star ratings, listing accuracy etc.

A brand’s reputation directly impacts its revenues, and once damaged, takes a very long time to rebuild. Brand building, in itself, is a long-term game. And a good reputation, both online and otherwise, is imperative to create a trustworthy brand.

I have discussed how and why a situation such as the above could have been handled better. Here are a few tips on how to manage an online crisis well.

As one of Africa’s foremost authorities on branding, Bernard Kelvin Clive said, “In a digitally connected world, a byte of data can boost or bite your brand.”

The Role of Metaverse, Digital Twins, and Conversational AI in Creating Future-Ready Government Organizations
You Need Two to Dance the Tango: Dependence of Business and IT on each other
Cyber Risks in the Education Sector: Why Cybersecurity Needs to Be Top of the Class
4 Critical Elements To Ensure Your Staff Are Engaged & Go Above And Beyond To Deliver Great Results
How New-Age Consumers Are Bringing About Change In Brand Communication
In a first, Vedanta Aluminium hires transgender employees, expands workforce diversity
CONTACT US