How Trainee Programs Can Bring More Talent To The Gaming Industry? 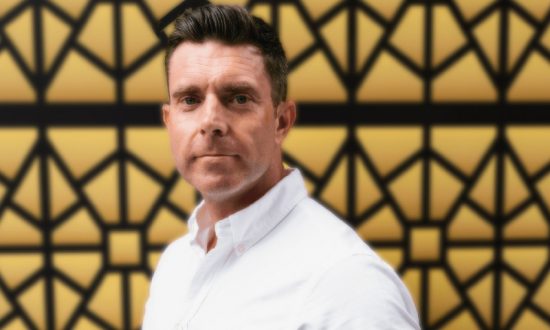 Stewart Neal is the Studio Director for Sumo India, a Sumo Digital Studio, part of Sumo Group. Sumo Group, headquartered in the UK, operates across 15 studios, and award-winning development teams in the UK, Poland, Canada, India and the US. It is one of the UK’s largest providers of end-to-end creative development and co-development services to the video games and entertainment industries. Stewart began his journey with Sumo Pune as a Development Manager and is now the Studio Director of Sumo Pune. He believes that having earned this position was no less than achieving a major milestone in his career.

Even before the pandemic, the Indian gaming market was on a solid upward trend. However, the global health crisis marked a turning point in the consumption of gaming in India. Certainly, with people being compelled to stay indoors for extended periods in 2020, and now in 2021, gaming as a source of entertainment has firmly established itself. Almost every metric, including game downloads, average gaming time, and conversion from a Daily Active User (DAU) to a paying user, has risen to a new high, contrary to the pre-covid times, according to a report by KPMG. The online gaming sub-segment in India is expected to rise to INR 169 billion in FY25, up from INR 60 billion in FY21, as per the same report.

With so many people interested in gaming, it’s becoming increasingly popular to pursue it as a career. Since working in the gaming business is still a relatively new concept in the country, there is a lot of room for growth and development. Due to the untapped potential, efforts have been undertaken to create an environment that can provide a comprehensive game art and design education. Students can now choose from a variety of curriculum that covers not only the technical parts of gaming but also the visual and artistic components.

Art direction abilities are taught in gaming courses, allowing students to make aesthetic decisions and tell a visually engaging story. Students who have been properly trained and guided have more opportunities in the job market. The chasm between supply and demand for talent in the Indian gaming sector makes it easier to break into the industry. Let’s take a closer look at job opportunities covered by trainee courses:

Some of the key areas covered in trainee programs at Sumo India includes:

Game art: All of the ideas, concepts, tales, and outlines are turned into graphics. This team is responsible for everything visible in video games, from concept artists who draw the settings, characters, vehicles, and props envisaged by game designers through VFX artists and animators.

Game developers: Programming for games essentially translates to fusing the art and the narrative with player interaction. This means programming for player controls, gameplay, AI, audio, UI and progression. Creating tools for artists and designers to improve development workflow or extending game engine functionality is also on the cards for a game developer/programmer. A good grasp of modern programming languages (C++ and C# for example) along with debugging skills is a must for an aspiring game programmer. Knowledge of data structures, algorithms, software architecture generally ensures a head start as game code needs to be highly optimized and performant to support a wide range of hardware platforms.

Game environment artists: Best-looking graphics and engaging sceneries play a pivotal role in the success of any game. Game environment artist has the responsibility to develop stunning realistic or stylized environment art and high-quality props. Along with a great passion for video games and art, an environment artist is proficient in industry-standard and leading modelling/texturing software’s, and game engines, for instance, max, Maya, Zbrush, photoshop, substance painter/designer, quixel, unreal engine, unity, CryEngine, et al. A great game environment artist must have a strong art and technical understanding as well as the ability to demonstrate appealing lighting, composition, and colouring.

Character artists: Character artists work on games to create the visual aspects that the Art Director and Lead Character Artist have specified. From the sketches of the original concept artist, they create illustrations of characters, vehicles, environments, weapons, props, and so on. They may also be tasked with producing storyboards, scenery, and shading and texture for visuals. Character artists collaborate closely with the game’s creative and technical teams to ensure the game’s visual quality and maintain a consistent character style. Players expect high-quality graphics in today’s competitive gaming market, and it’s up to the character artist to deliver on the game’s overall artistic quality. Right from experience in digital sculpting, modelling, UV mapping, texturing; strong technical skills; knowledge of industry-standard software; to knowledge of anatomy—proportions, muscle and skeletal structures; employers may look for such skills in a character artist.

It would be more than appropriate to state that anyone interested in working in an exciting sector like gaming only need to find suitable trainee programs. Moreover, people should also attempt to broaden their sources of inspiration regularly. This serves to keep the work distinguished and enticing. In the end, no matter which path one chooses, keeping true to one’s aims always yields the best results.

Cyber Risks in the Education Sector: Why Cybersecurity Needs to Be Top of the Class
4 Critical Elements To Ensure Your Staff Are Engaged & Go Above And Beyond To Deliver Great Results
How ChatGPT is Changing Content Marketing
Applications of the Metaverse Across Many Industries
The Circular Path Towards a Sustainable Future
Everyday Blockchain: What Your Morning Coffee and Smart Contracts Have in Common
CONTACT US