How Women are Breaking the Stereotypes in the Tech Space 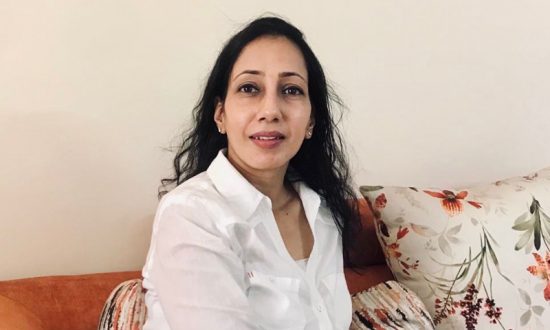 A dynamic leader with a demonstrated record for finding innovative solutions and delivering constructive business results, Kriti Aggarwal is the Co-Founder and Chief Product Officer at Hippo Innovations. She is the driving force behind the avant-garde designs, overall UI/UX of its product StoreHippo, and heads the marketing and branding efforts of StoreHippo.

No matter if you have a technical background or not, if somebody asks you who is the CEO of Google or Microsoft, there is a high chance that you would know their names, isn’t it? Yes, Sundar Pichai and Satya Nadella are known to one and all. However, if somebody asks you the name of a single woman who is ruling the tech space completely, would you be able to answer? Probably not While women may have outpaced men in every other industry, they still face tremendous impediments of disparity in the tech sector.

This STEM industry at large has been criticized for sporting a wide gender gap in both academic as well as employment sectors. The 2019 report of Zinnov Intel India Gender Diversity Benchmark indicated this gap by highlighting the paltry 26% women representation in India’s IT sector. The same gap was observed in educational fields as stated in the All India Survey of Higher Education report that showed women’s participation in tech courses at 28.9%, which is about two-fifths of the male presence.

However, recent times have spelled a steady and substantial change in the landscape of women’s presence in the tech space. The graph of women’s representation has been slowly but surely increasing. With women empowerment gaining widespread recognition and acceptance, more and more women are getting educated and seeking employment. Their inclination towards having successful careers as well as awareness in terms of available options have also risen. This boost has allowed the world at large and India in particular to witness a surge in women’s participation in STEM fields. Before advocating for more women in tech, it is important to first glance through the significance of having more gender diversity in tech.

The importance of equal gender representation in tech

Contrary to popular belief, the promotion of gender equality is not important for just women or individuals but businesses as well. Having a diverse set of people work in a sector can drastically impact the economic, social, and business aspects of companies. As stated in the McKinsey report, firms that exhibit higher rates of gender inclusion and diversity are likely to have returns above their national industry median by 15%.

According to Harvard Business Review, a diverse and inclusive team is also likely to make smarter decisions. That is because when individuals of varied perspectives and experiences come together, all sections of society can be considered while making a decision. All of the unique knowledge that each person carries helps further improve the quality of a team decision.

Diversity of personnel allows new proposals, perspectives, and innovations to flow in. This can be an altering addition to the prosperity and growth of an organization, especially in the technical areas. This variety of perspectives can make an overwhelming difference in terms of profits, acceptance, and general development of the firms. It is, thus, critical for the tech industry to give extra importance and effort in establishing and maintaining a healthy gender diversity ratio.

By infusing proper gender representation, companies can also improve the quality of their personnel. Ethical and fair practices towards all genders help in retaining talent and boost employee morale. As mentioned in yet another Harvard report, if an organization has a reputation for being respectful and inclusive, they are more likely to not only attract but also maintain a suitable talent pool.

The reports and research, as mentioned, provide ample evidence of the importance of women in tech. Apart from studies, we also have history to stand evidence for the same fact. Women throughout the past and present have done commendable jobs in tech and made a mark for themselves in the field while also opening up doors for other women through their achievements.

A few revolutionary women in tech

The list of powerful Indian women in tech is a long and interesting one. It stretches to include our historically prominent tech women like Tessy Thomas, the Missile woman of India, and Ritu Karidhal, the Rocket woman of India as well as the relatively new pioneers like Roshni Nadar, CEO, HCL, and the world-famous Kalpana Chawla.

While these are just a few names, the number of inspirational Indian women in the tech space is overwhelmingly high. Over the years, these women have, consciously or subconsciously, not only opened up physical and social barriers for women by defeating the social norms but also the internal mental barriers of women regarding their capabilities by proving that women indeed are no less.

How women are shattering gender stereotypes in technical fields

It is no secret that historically women in the tech space have had dismally low numbers and needed more representation, but the landscape of tech space with regard to gender diversity has been fast-changing, especially in India. According to a 2020 report by Nasscom, India has witnessed a 10% improvement in its gender diversity ratio in this decade. The report continues to state that India has employed over 1.5 million women in the tech sector, thereby enhancing participation by almost 1.5 times. The growth can also be witnessed in academic fields as the same report highlighted that over 0.2 million girls enrolled in Engineering and Tech courses in the year 2019.

The stereotypes of women not being competent in technical fields are slowly but steadily dissolving in the new light shed by the growth of women in tech spaces. With this pace, India is all set to witness a speedy rise in women’s representation and empowerment in tech fields and the labor force at large.

The bottom line: Women have been gaining momentum in all spheres of life. From being confined to houses, with their talents strictly restricted to performing domestic chores, women have come a long way to make a name and space for themselves in fields of STEM. And with increasing advancements in technology, it seems a great time to be a woman in tech. Hopefully, the women of today will prove to be an inspiration for the women of tomorrow so we can witness a steep rise in the women representation graph of tech fields.

Cyber Risks in the Education Sector: Why Cybersecurity Needs to Be Top of the Class
4 Critical Elements To Ensure Your Staff Are Engaged & Go Above And Beyond To Deliver Great Results
How ChatGPT is Changing Content Marketing
Applications of the Metaverse Across Many Industries
Four Strategies for Building a Hybrid Workplace that Works
Emerging Media & Holistic Marketing Strategies
CONTACT US