Home /EXPERTS' OPINION/Impact of Plasma Air Sterilizer and its Future

Impact of Plasma Air Sterilizer and its Future 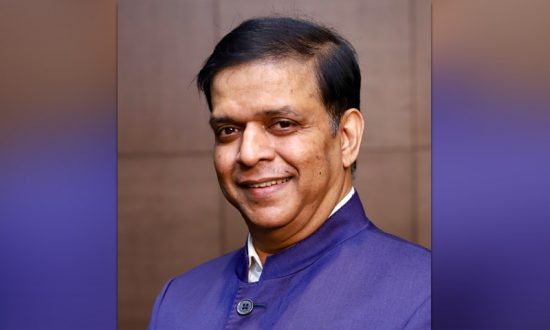 Dilip Patil, Managing Partner, Trivector Biomed LLP is a Biomedical Engineer by qualification and is a first-generation healthcare entrepreneur. He along with his wife Sangeeta founded Trivector Group in 1993, which has been a prominent and trusted name in IVF and Infection Control. He is an active member involved in many Infertility Societies such as the Indian Society of Assisted Reproduction, Indian Fertility Society, European Society of Embryology and Human Reproduction, American Society of Reproductive Medicine. He has been working as a member of the core committee of ICMR, which has been framing guidelines for ART Clinics and Cryobanks in India.  Dilip is spearheading Trivector Biomed’s mission of mitigating the spread of airborne infections like tuberculosis and now COVID-19 in alignment with India’s NETP (National End TB Programme).

COVID-19 pandemic and its documented spread through the air have made us seriously think about the importance of air quality. We consume about 11,000 liters of air every day as compared to three liters of water and 2 liters of food which an individual can intake. If there is an issue with water or food quality, we have the option of getting   ‘pure bottled water’ and ‘sterile packed’ hygienic food. But we have limited options when it comes to polluted/infected air which we unwittingly have to consume.

The inside air is 5 to 10 times polluted than the outside air. The closed, poorly ventilated, crowded (mostly airconditioned) small indoor spaces increase the chance of getting air-borne illnesses.  The bad indoor air quality is proven to affect the overall health, cognition, and work performance of the occupants. Hence, it is paramount to actively clean the room air.

Traditionally there have been many ways to clean or dilute the air to remove impurities. Natural ventilation, mechanical ventilation (using centralized air-handling HVAC units), chemical fumigation, UV-lights, Ionizers, HEPA filters, and heat sterilization are commonly used methods to clean the air.  However, all these technologies have their own limitations. They are expensive to maintain and can be a source of infection themselves if not maintained properly, they cannot destroy all pathogens and may not be safe to be used in human-occupied rooms due to harmful by-products of discharge. Disinfecting the air using Plasma technology seems to be the sustainable way forward to control the spread of airborne infections.

We come across the word ‘Plasma’, either for Plasma TV, Plasma therapy, Plasma ACs, and now Plasma Sterilizers. In physics, Plasma is known as the fourth state of matter (Solid, Liquid, and Gas being the other three). Plasma can be found in nature. For example lightning strikes, the sun, solar wind, and the aurora borealis. In recent years there has been a significant emergence of plasma technology being utilized in medical devices and clinical care. Applications include sterilization of implant surfaces, surgical instruments, and suites, as well as being applied directly to wounds and skin to expedite the healing process.

Using Plasma discharge to disinfect the air is relatively a new concept but going to have a  paradigm shift in the way we look at airborne infection control in the future.

When gas/air is heated or energized adequately, it generates plasma discharge, which is highly destructive for the micro-organisms. Plasma can be thermal ( generating heat ) or non-thermal ( generated at room temperature). Plasma discharge used for disinfecting medical devices is generated at room temperature at atmospheric pressure by using gas/air as an agent.

The Plasma term is loosely used for any electrical discharge created by applying high voltage across two metal surfaces with opposite polarity( needles, brushes or plates). Electron bombardment, UV radiation, ionization, oxidation are the processes that happen concurrently due to Plasma discharge.  Most air purifiers use the technique which releases ionizing discharge or hydroxyl radicals in the room. These positive or negative ions club together with the pathogens in the air and become heavier to settle on surfaces or walls in neutralized state. These ions or free radicals though effective to neutralize pathogens in the air can be harmful to good bacteria or human cells on contact. Hence the release of harmful by-products of discharge must be contained inside the machine, which most of the air purifiers labeled as Plasma can not do.

Dielectric Barrier Discharge (DBD) Cold Plasma technology ( known as Nano Strike) is been used to create a destructive plasma field for the pathogens inside the machine. A fan motor sucks in the infected air from the room and circulates it around the controlled periphery of the plasma coil in the device. The pathogens on contact with the plasma field get totally obliterated at DNA/ RNA level within Nanoseconds in a contained manner and only the disinfected air comes out of the device without any harmful by-products of plasma discharge on the occupants of the room. This technology has been clinically validated, approved by agencies like NASA, US-FDA and is widely being used as the first line of protection against airborne infections like COVID-19, Tuberculosis, MRSA, etc.in hospitals, offices, schools, restaurants, and homes.

The future of Plasma Air-sterilisers depend on how effectively they can provide :

The DBD Cold Plasma technology ticks all the above boxes and promises to be the most sustainable and effective technology to control the airborne spread of infections during the current pandemic and also to protect human beings from future such events.

The Role of Metaverse, Digital Twins, and Conversational AI in Creating Future-Ready Government Organizations
You Need Two to Dance the Tango: Dependence of Business and IT on each other
Cyber Risks in the Education Sector: Why Cybersecurity Needs to Be Top of the Class
4 Critical Elements To Ensure Your Staff Are Engaged & Go Above And Beyond To Deliver Great Results
The “True Knowing” and “Genuinely Being” Syndrome
How Organizations are Making Digital Transformation a Reality in Today’s Time
CONTACT US