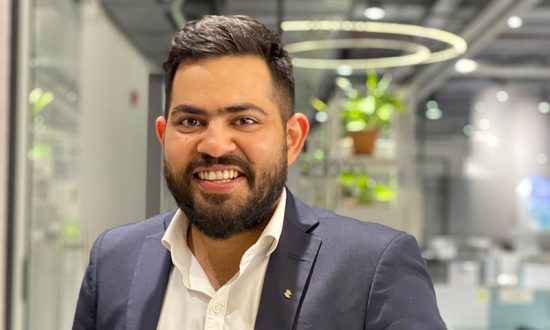 Kartik is a young entrepreneur having experience of 7 years in managing his business. He joined his father’s business, Zeco Aircon Ltd., a 30 year old leading manufacturer of HVAC systems. During his initial stint, he was offered a role to understand and manage 3 production facilities (North, west and South India), after 4 years of experience in managing operations & streamlining processes, kartik joined the sales and marketing department where he was successful in establishing a strong connect with the consultants & international clients & used ZECO’s strength to design and deliver a bespoke experience by providing customisable solutions. Under his leadership, Zeco has won many awards on national & international platforms, for innovative air quality products, energy efficient products & Corporate social responsibility.

Indoor air in poorly ventilated buildings can be up to ninety times more contaminated than outdoor air, according to numerous studies. Even well-ventilated buildings can have significant indoor pollution outbreaks. Pollutants become retained in closed rooms and have a cumulative effect on the building’s tenants’ health, particularly in metropolitan settings where people spend nearly all of their time indoors. Respiratory issues, recurrent colds, sore throats, persistent cough, allergies, asthma attacks, headaches, eye irritation, tiredness, disorientation, skin rashes, and memory lapses are all symptoms of indoor air pollution in homes and businesses.

These disorders worsen and lead to major health consequences. The most prevalent is sick building syndrome, which worsens with time and is treated by boosting air changes or installing an active purification system in the building’s HVAC system. According to ASHRAE (Erstwhile the American Society of Heating, Refrigerating and Air-Conditioning Engineers) recommends that residential buildings should receive 0.35 air changes per hour. Long-term team exposure can also result in life-threatening illnesses.

Indoor Pollutants and its Effects

Pollutants are produced by the homes themselves. Particulate Matter are of size 0.3μm and comprise of dust, dander, and pollen. Microbes are of 0.01μm and consist of bacteria, viruses, mould spores, and fungi. Gas pollutants 0.0001μm size and comprise 03, odour, and VOCs. Many VOCs (Volatile Organic Compounds) generating chemicals, such as floor cleaners, bathroom cleansers, deodorizers, antiperspirants, sprays, furniture polishes, floor polishes, paints, and pesticides, pollute the air and create health problems.

Short-term exposures, especially during the dry winter when residences are tightly packed and less vented, cause a variety of acute respiratory issues; even carbon dioxide produced by the occupant’s respiration can cause suffocation and hypercarbia, especially in schools, during winter when doors and windows are kept closed, with about sixty students in small or medium-size classrooms can cause suffocation, brain growth issues, and other serious health issues ; and home cleaning chemicals and other chemicals in such residences can cause migraine, eye irritation, chronic cough, and other difficulties.

Long-term indoor pollution exposure causes a variety of major health issues, including sick building syndrome and cancer. These difficulties can be resolved if they are identified and corrected early on. Many individuals became convinced that even indoor air could be tainted as a result of the pandemic, and they began to live in closed homes where pollutants pile up to dangerous levels and go unreported until they cause lasting damage.

Pollutants have a long-term influence on developing newborns and foetuses. Many studies have found that indoor pollutants have a negative impact on the central nervous system, which has a significant impact on memory. Air pollution potentially affects children’s brains through several mechanisms. Particulate matter of less than 2.5 micron causes neuro-inflammation by damaging the blood-brain barrier, a delicate membrane that protects the brain from toxic substances. Air pollutants like magnetite nanoparticles are highly toxic to the brain due to their magnetic charge and their ability to help create oxidative stress, which is often the cause of neurodegenerative diseases. Several studies found that polycyclic aromatic hydrocarbons (PAHs), which is produced on combustion of fossil fuel causes damage to white matter in the brain, which contains nerve fibers that helps in neurons communicate. Any problem in it impacts learning and brain development. It also has an influence on the respiratory system, which manifests itself later in life. The financial impact on the families affected by the concern is often significant, particularly when the indoor air has resulted in severe respiratory or other life-threatening ailments. It puts psychological strain on the family in addition to the monitory responsibility. Poor indoor air quality lowers productivity, increases lost workdays, and boosts a company’s bottom line. Indoor air pollution costs the global economy tens of billions of dollars annually in reduced productivity and medical treatment, according to some estimates.

Indoor air quality (IAQ) is closely linked to one’s health and happiness. Our approach towards health of children should be proactive then reactive. Individuals spend the bulk of their time indoors due to the constant dread of a pandemic, work from home arrangements, and increased anxiety over air pollution. Breathable air that is free of health-threatening contaminants can contribute to a higher quality of life, a lower risk of respiratory ailments, and a lower risk of developing a variety of chronic diseases. Owing to this realization, there are numerous options for dealing with the issue of poor indoor air quality. The most important factor is good ventilation; properly aerated spaces keep people healthy, unless the outside air is also dangerously filthy. Even in the face of severe external pollution, consumers can choose an adequate air purification technology to keep the air in their homes and businesses clean and healthy. There are several scientifically established air purifying options that may be utilized in both central air conditioning and standalone devices. But, before you buy, double-check the legitimacy and be safe.

Digital Marketing Trends in 2022
When is the right time to choose building wealth over saving money?
Future and Scope of Fintech in India
How Right Tutor Ensures the Parents to be Stress Free
Schneider Electric Unveils Innovations to Welcome the New World of Energy at Intelect – Distribuelec 2022
Tamil Nadu Govt. Multi – Super Speciality Hospital, Chennai performs first ever Robotic Assisted Surgery (RAS) by a State Govt. hospital in India
CONTACT US