Home /LEADERS IN FOCUS/Kyle Fernandes: Onward and Upward with Empathy and Humility

Kyle Fernandes: Onward and Upward with Empathy and Humility 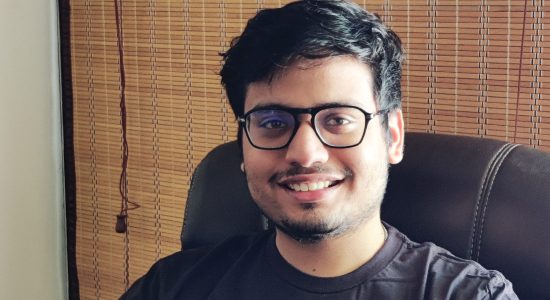 Having found his passion to code while he was suspended from school, Kyle Fernandes, CEO and Co-founder, MemeChat built his first social network platform with his friend, Taaran Chanana (Co-founder of MemeChat) at the age of 15. Kyle and Taran met in DPS, Gurugram and continued their journey together in the same college, SRMIST (Sri Ramaswamy Memorial Institute of Science), Chennai. For Kyle, the road to becoming a successful entrepreneur started with sheer motivation and the wish to add a humour dose in everyone’s life. He was often told by his teachers that he was not good enough at Math and Science, but Kyle kept pushing on and continued to hone his skills via online courses. His dedication paved the way for him, and at an early age of 21, MemeChat was established and became one of the winners of AatmaNirbhar Bharat App Innovation Challenge in 2019.

As technopreneurs, Kyle and Taran faced their most significant hurdles in the initial days. “The biggest challenge we faced was in reaching out to others. I had the product, I had deployed it, but how do you reach out to others?” adds Kyle. Realising that marketing was one of the critical factors needed to make their app a success, Kyle and Taaran reached out to their peers in their social circle to get the word out, but in vain. “People of the same social circle tend to be more competitive,” says Kyle, so the duo then reached out to strangers via social media to help them grow. They even reached out to investors hoping for funding, but at every juncture, they faced rejections. Finally, an idea sparked, and they decided to start small. This led to the creation of ‘Shit Indians Say’, a meme page in social media which soon became a massive hit with 250 million followers. “That’s when the brands started to come to us for marketing. The reason I made a meme page first was so that I could promote my products with free subscriptions,” explains Kyle.

Currently, MemeChat offers its services to two different sections of the society. One, consumers, people who make, view and send memes. Second, businesses, companies who are trying to reach Gen Z’s and the millennials. “We are catering to a massive audience through our first service, and we have a direct route to reach companies, through the ways that we work, through memes, their promotion, getting memes across distribution channels on social media, and our own platform. We offer them good quality memes that are actually funny and relatable,” adds Kyle. Talking about the team’s milestones; Kyle says that the first milestone was when MemeChat hit 1 million subscribers and the second milestone was when the company secured funding from 500 Startups during their first round of funding.

Since the whole essence of MemeChat is humour, Kyle believes that to be a part of MemeChat, one needs to love memes and be a memer. Following a collaborative approach, every member at MemeChat is involved in the business’s development and growth. Adding on about the work culture at MemeChat, Kyle said, “It’s not me who is responsible for inspiration and innovation. It comes organically through our discussions. Everybody is part of it, part of the innovation. This company also belongs to each of them. I just have to give them what is rightfully theirs, and it works out brilliantly.”

For young Kyle, the constant doubt instilled in him by his teachers that he wasn’t good enough pushed him to practice self-education and helped him turn the cards in his favour. According to him, this journey taught him empathy and humility, and he works to incorporate the same values in the company. “Empathy is the core value of our company. They all have to be incentivised to do well within the company to know that they are a part of this company. That is the most important part, realising what they want and what users want. The second is humility. I always tell the team to never ever think that they are better than others,” he adds.

Talking about the future of MemeChat and breakthrough technologies, Kyle said that the most exciting technology in their field is GANs (Generative Adversarial Networks), a machine learning technology for generating images. He believes that the same will be a gamechanger, which will help automatically make and edit memes. As for his future plans for MemeChat, Kyle said, “My short-term goal is to hit 2-3 million user and raise another round of funding after that. Then we will focus on new technology, magical technology, something that would attract a large following.”

MemeChat has indeed garnered attention and popularity even amidst the pandemic. While most businesses were at the brim of failure due to COVID-19, MemeChat saw a jump in the user base. They were able to leverage the growth in digitisation due to the pandemic and experienced exponential growth .”Many brands in the digital space were looking to expand their marketing, which has been a big bonus for us. That said, we also work with some primarily offline brands. These companies did see a slump. But luckily, any decline in revenue from these clients was more than offset by digital-first companies,” concludes Kyle.