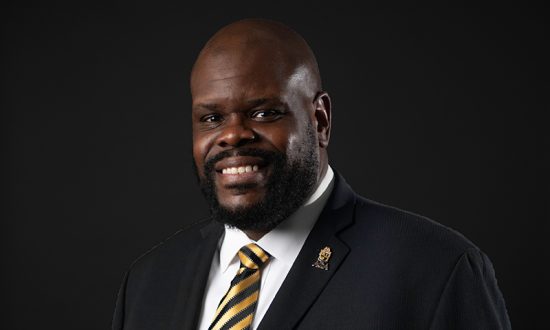 Dr. Santarvis Brown is a Scholar and Changemaker who brings 20 years of experience in the education space. He is the President of Edu-Techure LLC, an education consultancy. He has served in the K-12 and higher education spaces well. He began his career as an executive director for an educational non-profit that provided academic enrichment in low-income areas in the Overtown community. He served as a middle school classroom teacher, and principal. He also served as the First African American Director of the Seminole Tribe of Florida Department of Education. In addition to holding the rank of full professor, he has served in administration as a Department Chair, and Associate Provost/Chief Academic Officer. He currently teaches Leadership at The University of Virginia and Cornell University.

Ask any person of authority, “Are you a leader or a manager?” You will likely end up with as many different responses as you do the number of people who you’ve asked. That’s because we all look at these roles in different ways.

Generally speaking, a leader is anyone who has the interest of a company in mind. A manager is someone who leads a specific area or department. It even gets more confusing when companies put in place different named-hierarchy for levels of leadership. Think lead, supervisor, foreman, manager, steward, and the list go on.

I remember talking to a colleague of mine who once told me that he’d gone from one company as a senior manager to another company as a senior supervisor. When he started at his new job, he thought he was taking a lesser position. It turns out that at his new company, they didn’t use the terminology manager. Supervisor is what his previous company would have called a manager. For some reason that company felt the term manager was more authoritarian than supervisor. Confusing, right?

But this is a reality when it comes to leadership of any kind. In an effort to build support and morale, companies will often change title names in order to create a new – better – environment. It rarely works. I’d go so far as to say, it never works. Name change is not the problem with a company that has low morale. Management is the problem. And this is where we discuss the real difference between leadership and management.

Regardless of the title that a company places on the hierarchal level of a person, most people understand that a manager manages something. That something could be a mailroom, a department, a shift, or the four cubicles in the corner of the office. Whatever it is, a manager tends to manage people and activities in a specific area. That’s fine. However, the way that we gauge success for a manager is often purely dependent upon how that manager performs over the area and people they manage. In fact, the manager could be a lousy people-person, but if the metrics are hit in that small area, the manager is considered good-great-successful.

Companies around the world struggle because they perpetuate the ideals of a manager, not a leader.

How Does a Manager Become a Leader?

As I hope I’ve demonstrated, a name does not make a leader. In fact, a name may actually diminish a leader’s role. How many times have you heard the statement, “management is horrible, but I love my leader?” It’s a popular statement and people often subconsciously separate their own leader from the rest of the company’s management. That is because a good leader shows the characteristics that employees look at as successful.

A Good Leader is Humble and Will Give Others Recognition

Good leaders understand that no leader can succeed if their employees don’t succeed. By recognizing employees (and colleagues) for their suggestions, actions, and achievements employees will feel appreciated. Imagine, if in the example above, that 1st shift production manager publicly acknowledging that their success came from the 3rd shift team more than their own efforts.

If you want someone to feel respected, just close your mouth and listen. Leaders learn to listen and guide others to success rather than ordering people around. Listening to the “boots on the ground” will lead everyone in a positive direction. But a good listener does not just hear from their own team. A good listener looks at the whole picture to identify where that leader’s team can improve the whole of the company.

A Good Leader Shows the Importance Supporting Everyone

Just like in the earlier example, the 3rd shift production leader showed his team how to set others up for success. Sometimes – oftentimes – that means putting aside your personal metrics to improve another team’s metrics. This is probably the easiest and most effective way to improve the whole of a company, yet receive the least recognition.

On the surface, evaluating a leader from a manager seems obvious. Yet, the implementation is excessively difficult. First off, leaders need to toss their old friend “Ego” out the door. A leader has the ability to put their personal interests aside while focusing on the interests of the whole.

Imagine doing everything to help everyone else and receiving nothing in return. If you can do that, then you already know what it is like to be a great leader. Congratulations.

Risk Assessment is a Vertical, and a Consumer Product
How is Artificial Intelligence Transforming Humanity in Every Dimension
Beyond Diversity, Equity and Inclusion
Online – The Future of B2C, D2C, B2B
Why is Revenue Reconciliation A Problem for Larger Companies?
What are the Challenges in Disguise Opportunities in the Metaverse?
CONTACT US