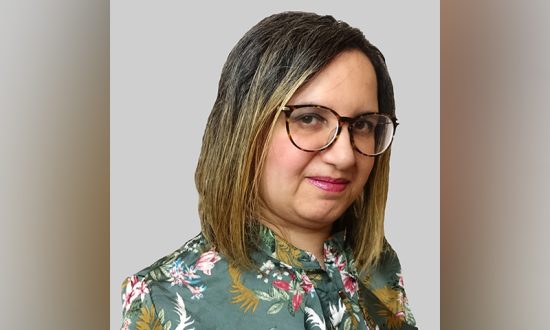 Dr. Djamila Amimer is the founder of Mind Senses Global, an AI management consultancy, which helps businesses and organisations apply AI and unlock its full potential. Djamila is an experienced business leader and an entrepreneur with a broad range of experiences across AI and Business. She has a PhD in Artificial Intelligence and Energy and developed novel frameworks and AI techniques in the area of investment decisions, dealing with uncertainty in project evaluation. In addition to helping organisations reshape their business using AI, Djamila spends significant amount of my time exploring the next wave of AI. Djamila is ranked among Top Thought Leaders in AI.

ChatGPT frenzy release did not go unnoticed! You can hardly ignore the fact that it has crossed one million users within a week of its launch and sparked a $10 billion investment discussion with Microsoft. There is no doubt that 2023 is going to be an exciting time for Generative AI!

But What is Generative AI?

To put it simply, Generative AI is a subfield of Artificial Intelligence, which uses complex machine learning models to generate text, images, videos, and code. Unlike many AI subfields and applications that focus on analysing data and detecting new patterns, the main focus of Generative AI is to generate novel content.

Most Generative AI models generate text or images outputs based on an initial prompt from the user. Users may need to combine multiple prompts or go through several iterations as the quality of the output is directly impacted by the quality of the prompt.

What are the Top Applications of Generative AI?

There are several applications and outputs that are generated by AI including:

What are the Current Challenges and Opportunities?

Gartner’s 2022 report on Emerging Technologies and Trends Impact Rada has classed generative AI as one of the most disruptive technologies.

Generative AI is expected to have significant impacts across several sectors of the economy such as logistic, manufacturing, marketing, and healthcare.  Gardner predicts that 50% of drug discovery will be driven by generative AI, thanks to speeding the process of identification of potential drugs and the testing of effectiveness. Generative AI can also be used in other areas of healthcare such as personalised medicine and medical imaging.

The main draw backs and concerns about AI are around ethics and bias and generative AI is no different. There is no doubt that if the generative AI models are trained on biased data, the generated content will be biased too. Large language models are trained on huge data sets from the web and social media, these models are prone to bias as there is no sure way to ensure the quality of data and no guarantee that the data is bias free. There have been several studies that showed that large language models contained implicit bias towards gender, ethnic groups and people with disabilities.

Another concern is copyright issue. Because generative AI models are trained on millions of data sets, creators are concerned about copyright infringement. There are also concerns whether AI generated content should compete with human generated content. In September 2022, an AI artwork won the first place at the Colorado State Fair’s fine arts competition, artists were furious that AI generated arts could enter the competition.

Other concerns include the costs and the carbon footprint of Generative AI models. The size of large language models is getting too big. For example, OpenAI’s GPT3 has 175 billion parameters, its training costs were about $12 million, and it is estimated that its associated carbon footprint was equal to driving to the moon and back. The new GPT4, which will be released sometime during 2023, is expected to have 100 trillion parameters.

Now that OpenAI made its move there is no doubt that the tech giants will enter into a battle of the titans. The battle will not only focus on conversational AI but will spill into other areas such as search engines with Microsoft plans to combine ChatGPT with Bing. With commercialisation in mind, we will see business applications extending to sectors such as marketing, advertising, legal and customer services.

However, despite the latest successes, Generative AI models lack crucial capabilities such as understanding and reasoning, addressing AI ethics and bias needs to remain a top priority.