Home /EXPERTS' OPINION/Music Production in the Digital Age – Is it Game Over for Analog Production Technologies?

Music Production in the Digital Age – Is it Game Over for Analog Production Technologies? 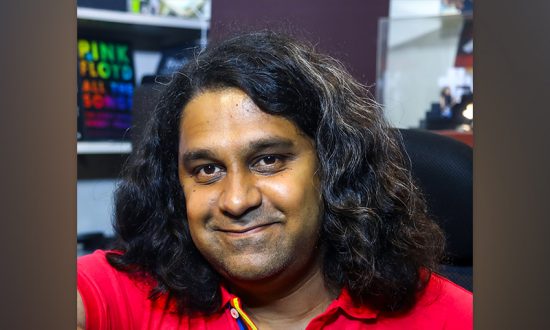 Ajit Padmanabh, better known as World Void Web, is an extremely passionate, self-taught musician and composer who imbibes the beauty of instrumental music, both ancient and modern. He calls it Voiceless Emoting. His music is multi-genre with melodies that’ll fascinate you forever. Ajit is always looking for new sounds, new beginnings.

Music, like many other facets of human endeavour, is commoditized today. It has been a fantastic sojourn from Background Music to Music in the Background. Though there continues to be some great music produced even today, with artists giving their heart and soul to the production and packaging of their works, most of today’s music is repetitive and I dare say, lifeless.

Modern Recording Technology arrived at the turn of the century, providing an opportunity to hear sounds and music on-demand. With technological advancements in recording and production, recording studios were born, ushering in the industry as we know it today. A lot of studio equipment manufacturers of the early times continue to thrive even today – Harrison, Neve, to name a few.

The PC revolution in the 80s democratized a lot of tools for broad-based usage and content production – Word Processor, Spreadsheets, Presentations and in the world of music – MIDI (Musical Instruments Digital Interface), Synthesizers simulations on PC, among others. This marked a critical phase where computers were at the forefront of creating and producing music. Digital Audio Workstations or DAW as they are called, enabled a studio production to be undertaken by wannabe artists and sound engineers at the comfort of their home. Today, the industry is thriving with continuous evolution of DAWs, Plugins, VSTs and VSTi.

VSTi is short for Virtual Studio Technology instruments. These are plugins that simulate musical instruments and their accompanying nuances and complexity of performances in a software package. These nuances are pre-recorded in controlled environments. When purchased, the software provides the producer ready and quick access to sounds and style of the instrument which otherwise would take the effort of screening and hiring artists for performance in a recording studio. VSTi helps the producer extract purest of sounds and not compromising on her production for a lack of controlled environment at her end. This opens up limitless possibilities for greater excellence in music quality – but with an unavoidable flipside – the nuances of a particular instrumentalist or a vocalist, their unique styles are rather absent. A case of simplicity trumping nuanced performance and a standardization producing seemingly repetitive, monotonous music.

That said, music production in digital age is so accessible and democratized, it has enabled millions to live their dreams. In the Analog Production days, renting a studio for a day was unthinkable and unaffordable for a commoner, unless you are signed to a label. Moreover, what used to occupy multiple floors as studio equipment is now reduced to a plugin with all parameters available at a click of a button – No Real Estate, No Heat. Great advancement!

Creative possibilities now are limited only by the perspectives of the musician. Is Analog technology or the “heart and soul” then a relic of the past? It seems not.

Numerous industries woke up to the necessity of adapting and reinventing themselves after the “Kodak Moment”. Analog console companies like Harrison and Neve were not behind either. Their analog consoles still rule studios the world over. But they have also entered the digital music production market with their VST plugins as well as DAWs – Yes, you heard it right!

Today, there are digitally modeled versions of legendary analog consoles. It has taken hardcore engineering and software development to bring analog circuitry into the digital world. I remember reading about Harrison Consoles used by the Legendary Sound Engineer Bruce Swedien in his book “In the Studio with Michael Jackson”. Today, Harrison Mixbus and Mixbus 32C are available as plugins as well as DAW. The latter console was used to mix Michael Jackson’s albums like Thriller and Bad.

A year ago when I was in the process of composing and arranging songs for my upcoming album “Voider Perspectives”, I got a call from my sound engineer, Tharun Kumar. He spoke about the DAW modeled around the Harrison console, with every channel strip circuity in place and that it was also verified by none other than Bruce Swedien. I was fascinated by it and purchased it. For the album, I created arrangements and premixes in Logic Pro X with the stems ported into Harrison for the actual Mixing. The analog magic and warmth did make the music sound fuller, richer – something my digital DAW was unable to reproduce in spite of multiple plugins and signal-flows. And the best part? No plugins were required to achieve the desired sound! Selecting the bus circuitry for various instrument sections like Rhythm, Guitars, Strings etc did the trick. The console seemed to exactly know what sound component to cut to produce the rich sound that every instrument deserves.

Another aspect of music production with Mixbus is the headroom in the signal. It allows 0dB mixing with a lot more leverage than a digital DAW. Greater headroom helps an engineer worry less about transient peaks causing clipping distortion, and generally translates to a more open and natural sound. For the overall sound production, this is great news and provides an ability to reach higher sonic richness in the overall production prior to mastering. Going back to producing the analog soundscape has never been easier than now.

Is it the end for Analog technology in a digital age? With revolutionary technologies like these and thanks to unwavering focus of companies like Harrison and Neve, the answer to the question is an emphatic No. On the contrary, it has clearly communicated the reasons why music in the 20th century was evocative and powerful.

The Role of Metaverse, Digital Twins, and Conversational AI in Creating Future-Ready Government Organizations
You Need Two to Dance the Tango: Dependence of Business and IT on each other
Cyber Risks in the Education Sector: Why Cybersecurity Needs to Be Top of the Class
4 Critical Elements To Ensure Your Staff Are Engaged & Go Above And Beyond To Deliver Great Results
Role of Technology in Bringing a Fundamental Shift in the Logistics Industry
5 Parking Management Tips to Aid Futuristic City Planning in India
CONTACT US