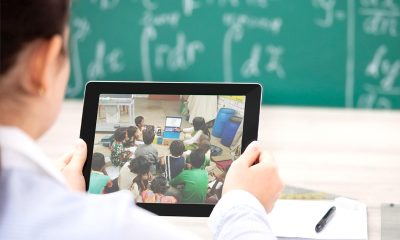 Technology has helped change the concept of the classroom dramatically. A classroom is no longer a four-walled brick construction with a blackboard at one end of it and an oblivious teacher reading out from the textbook while the students stare listlessly at their books, wishing they were somewhere else. You couple a few interested students from the four corners of the world with a learned and willing teacher to teach them, you can easily call an internet chatroom a classroom. Technology has also changed the role of a teacher. Especially in India, where there is no more duster throwing and butt-whipping of the students to fear them into paying attention in the class. Metropolitan classrooms are now a scene to behold as teachers encourage curiosity, enable students to search for knowledge, and impart wisdom. In rural areas, however, classroom learning has a long way to go. Helping this cause is education enablers like Arina Bardhan.

Born and brought up in Kolkata, West Bengal, Arina Bardhan was keen on teaching. Hailing from a humble middle-class family, she understood the impact a good teacher made in a student’s life. For if kids came from a strong, healthy functioning family, a teacher’s job is easy. But if they do not come from strong, healthy, functioning families, it makes the teacher’s job important.

“Teaching and assisting children have always excited me from within. After completing my Masters in Sociology from the University of Hyderabad, I came back to my hometown and worked in an NGO as a field investigator for 10 months which was quickly followed by my Research Associateship at the Indian Institute of Management Calcutta, Kolkata in the year 2013,” says Arina.

It was during her tenure of working as a Research Associate in the Research Excellence Group, Social Informatics Research Group at IIMC under Prof. Somprakash Bandopadhyay, that she met Ms. Priyadarshini Dey and Mr. Jayanta Basak. These learned individuals, she did not know then, were to soon become her partners in a very important venture.

Rural Schools And Their Conundrums

The team’s journey began in the year 2014, not as entrepreneurs, but as social science and computer science researchers. As part of her research, Arina, along with her colleagues, had to conduct several pilot studies on underprivileged students in semi-rural and rural areas of West Bengal. It was while carrying out inquiries into the quality of education and finding the possibility of using ICTs in assuring quality learning for all that the team was introduced to the current educational situation of students hailing from poor socio-economic backgrounds. 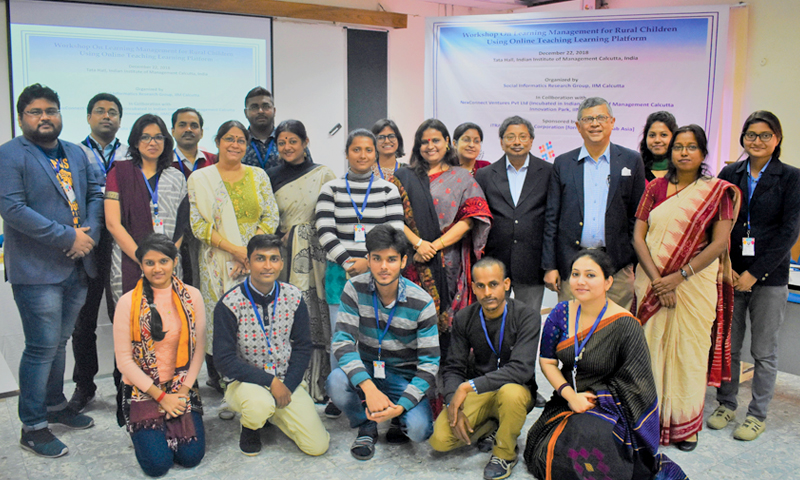 The team surveyed more than 10 schools in the outskirts of Kolkata and 3 other districts of West Bengal; inquiring about their current educational status. The team conducted ASER tests on literacy and numeracy and found out that more than 70% of the students were below the basic standards of learning. They also noticed that the teachers were not only inefficient and incapable of teaching students but did not even present themselves nicely. In Krishnanagar, West Bengal, the team met an in-service teacher who always had a stick in hand and used it unsparingly on students whenever they were unable to answer her. Moreover, the school textbooks were boring and unappealing, leading to growing disinterest among students to even open the books.

“Our first interaction with the students was in Krishnanagar, in the year 2013 as research associates from SIRG, IIMC. It was an NGO sponsored residential school for orphan girls. There were more than 300 students in the school, but only 5 teachers to cater to them. The girls were wearing dirty clothes, had messy hair, and unclean nails. Meeting us put a smile on their faces as they rarely had visitors from outside their villages. We observed some of their classes and realized that the teachers were not at all capable to teach the students, were inefficient, and often slept off in the class while teaching. The students, on the other hand, were spirited young minds who were keen on learning,” says Arina.

Teachers that Inspire, Shape and Encourage

The opportunity that these kids missed because of inept teachers had a big impact on the team. The Krishnanagar incident reminded everyone that there exist two kinds of teachers: the kind that fills you with so much fear that you can’t move, and the kind that just gives you the little push that makes you jump to the skies. The Krishnanagar girls and the faces of several other rural schoolchildren gave the team the brainwave to connect aspiring students with teachers who were willing to truly teach, and not just finish a job and leave.

“We studied that the quality of education can be uniform throughout the country only by using the potentials of digital technology. In this light, we conducted some social experiments by connecting students with quality teachers using social technologies i.e., technologies used by people to interact socially and to create, enhance, and exchange content. Our evaluation of the impact of learning using the potentials of the Internet rendered positive results leading to the improvement of student learning and an increase in their academic interest level. We involved a large group of educated senior citizens (dormant knowledge capital) from the cities who taught rural students’ academic and non-academic subjects online. These teachers were mostly retired school teachers having more than twenty years of teaching experience,” says Arina.

So, on 15 June 2013, a group of 25 students from the second standard sat together in a residential school for orphan girls in Krishnanagar and two retired teachers from Kolkata taught the eager students English via the Internet.

The success of this mode of online learning led the team to develop its own teaching-learning platform. This online learning platform would act as a bridge between teachers and students. Teachers and students log in to take online live classes through this platform. The team put their heads and resources together and formed, on 17th February 2017, NexConnect Ventures Pvt. Ltd. A social business venture incubated in the Indian Institute of Management Calcutta Innovation Park (IIMCIP), NexConnect Ventures seeks to address issues of exclusion by empowering communities and connecting them digitally.

In May 2017 the team, through their NexConnect platform, held its first class in an NGO-undertaken residential school in Burdwan. 25 students from two classes were taught English, Mathematics, Music, and Grandparenting (non-formal subjects comprising of store-telling, recitation, world knowledge, etc.) by 3 retired senior teachers. 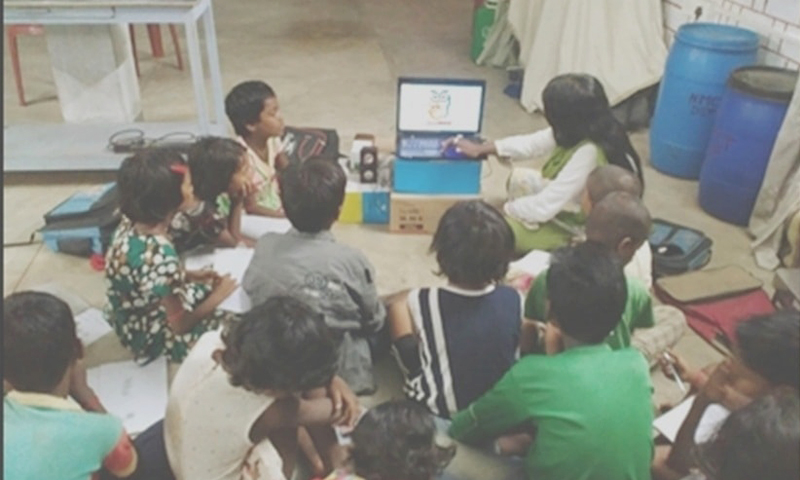 “The widespread acceptance of this platform among students and parents from all socio-economic backgrounds led us to expand and scale up our platform to cater to the millions of underserved students in West Bengal. Thus, we redefined ourselves as social entrepreneurs and designed a hybrid business model, wherein rural students receive quality education from competent teachers hailing from the city at a subsidized rate. This is a cross-subsidized model where teachers sustain themselves by earning from a student in urban areas and providing almost free quality education to students in remote rural areas,” says Arina.

Scaling The Graph Higher And Higher

Since their first class, the team has been successful in setting up eight study centers,  which the team proudly call NexConnect Internet Schools (NIS). Spread across 7 districts of West Bengal and 1 of Jharkhand, the team has plans to expand to 20 more districts in Jharkhand and West Bengal and explore the untapped rural schools of Assam. It is commendable that the team has helped more than 800 students throughout the years, has 300 beneficiaries, and has been successful in conducting approximately 1500 online sessions with over 3500 hours of online live classes. 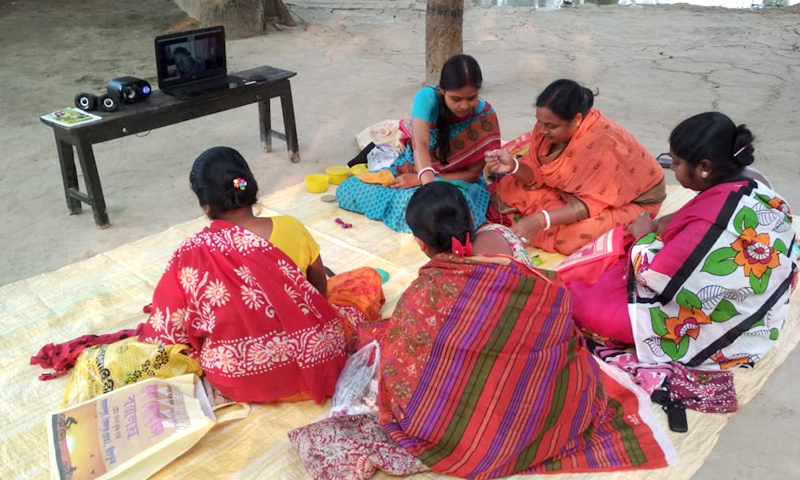 Having started with 3 teachers, the team now has 50 teachers partnering with them, of which 20 teachers regularly take classes. What started with 25 students, now regularly takes classes for 200 students. Along the way, NexConnect Ventures Pvt. Ltd has shown immense potential, as a result of which they received a start-up fund from DST, Government of India.

Beating Odds Through And Through

As rosy as this sounds, the team did have to cross major roadblocks. It took time to convince the rural parents of the merits of online teaching. Another roadblock was local politics in the rural communities who showed a lot of apprehension in the beginning. The team also had to find proper infrastructural facilities to ensure that the children felt they were in a classroom, and not there to waste time. Moreover, internet connectivity in rural areas is still sketchy. During power cuts and disturbances in the network due to heavy rainfall every year is a problem, the team deals gives the students a few weeks as holidays. 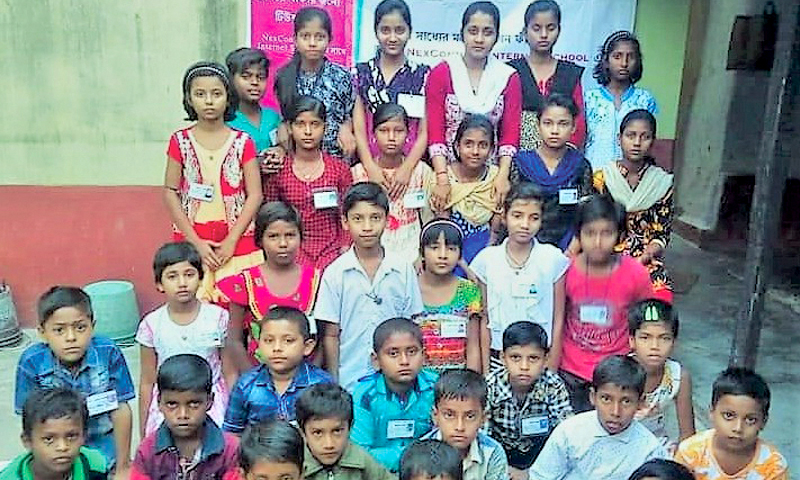 In addition to these hurdles, there lay the most important conundrum of figuring out what to teach. The team spent many hours thinking about this and in the end discussed with expert teachers and mentors about how to improvise the ‘below the standard’ West Bengal Board textbooks. Following the experts’ advice, the team set about to revamp the content of the textbooks.

The team was shouldered with the nearly impossible task of digitizing and updating West Bengal Board textbooks. They made detailed lesson plans, audio-visual based PowerPoint presentations, and worksheets. As the focus was on the holistic development of each child, they incorporated something new into the materials keeping the Bengal Board syllabus intact. The team then agreed on scheduling two-hour sessions for each subject each batch in each week, which would be relayed through their own learning portal.

It is also important to acknowledge the support from the team’s parents and immediate social circle. In fact, Arina’s father was the first online teacher who was on board with the team. Since then he has been teaching Spoken English and Grandparenting to students from rural Birbhum, West Bengal, via NexConnect. 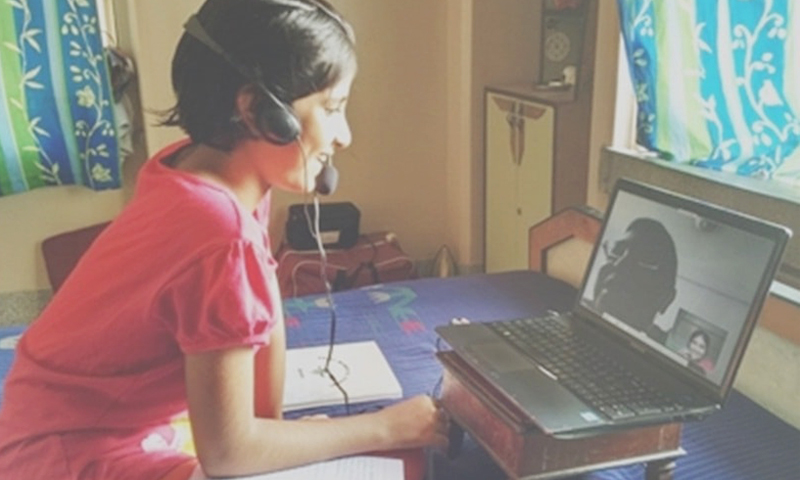 What NexConnect Want From Us

The thinktank behind NexConnect missions on disseminating formal and skill-based quality learning to young and adult rural students in the East Indian states using their online learning platform. As a citizen of India, who have the responsibility to look out for fellow Indians, what can you and I do to help such an inspiring and noble venture like NexConnect?

Well, the NexConnect team is looking for:

In the crusade to make quality education affordable to all, irrespective of socio-economic backgrounds, using digital technologies The NexConnect team has proved that they are true warriors.