The Ability to Implement Change is a Critical Skill for Leaders 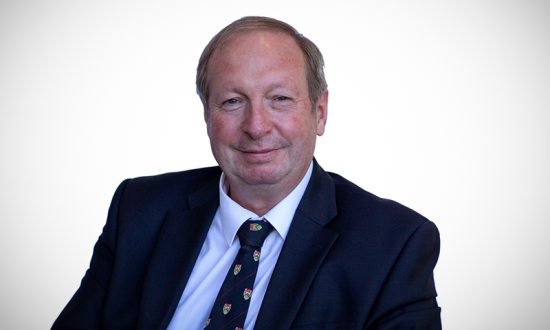 Tony Boobier is a former worldwide technology executive who now provides advisory and mentoring services to new and established organizations. Qualified in engineering, insurance, marketing, and supply chain management, he has a particular interest in European, Asian and Latin American markets. Independently identified as a global thought leader, he is the author of four published books on the topics of AI and analytics, including ‘Advanced Analytics and AI: Impact, Implementation and the Future of Work’.  His ‘lockdown project’ comprised his 4th book ‘AI and the Future of the Public Sector’ which was released in August 2022. He lives near London.

Carrying out a successful transformation of a business requires 20% clear vision, and 80% implementation skills.

The days of the flag carrying ‘follow me’ sort of the leader has now disappeared. Effective leaders now need to have clear attributes such as having a transformative vision, the ability to be forward thinking, and an understanding of new technologies. Strength of purpose should not be confused with a bullying attitude. Leaders also need to have a collaborative nature and be open to change.

Each of these attributes perhaps justifies an article in themselves but the focus here is on one particular aspect, which is that of being able to turn words into actions, or the process of implementation.

The ability of a leader to effectively activate their vision remains critical. Without being able to deliver against vision, their plan is simply a matter of rhetoric or ‘just words’. Yet despite its importance, the topic of implementation is often considered by many as merely an after-thought. Implementation needs to be front and centre of mind.

Successful delivery of a new project has the same essential ingredients whether it is a technology-based transformation or not. Success is mainly not a matter of luck – although sometimes good fortune can play a part – but rather it is a byproduct of good team building and detailed planning.

Three factors especially stand out as being critical in the current age, those of communication, measurement and certainty of delivery.

Firstly, the ability of the leader to be able to describe their vision for the future is extremely important, using words which are understandable to all key stakeholders. Leaders need to be able to effectively communicate, without the use of jargon or of oversimplification, recognising that those involved are likely to have different types and levels of knowledge. Sometimes it will also be necessary to fine-tune a message to suit a particular audience.

Many forms of technology are aimed at improving operational efficiency. For some employees, that may equate to job losses and as a result may be threatening to them. Effective leaders need to have empathy with those affected, and to treat their concerns realistically.

The second critical element is that of accurately measuring the benefit of any change which has been, or will be made. This requires an effective mechanism to monitor progress and to identify what difference any change in process or the introduction of technologies has made. Many organisations try to ensure that there is a ‘single version of the truth’ as far as benefit capture is concerned so as to avoid any disagreement with the numbers.

Even so, there is still room for potential ambiguity. So called ‘pilot schemes’ or proofs of concept may not always be fully representative of the full picture. As a result they may provide an uneven or even a biased picture of what might happen on a grander, enterprise-wide scale. For this reason, the use of a pilot scheme needs to be carefully planned to ensure that any expected outcomes extrapolated from a pilot scheme are valid.

Beyond this, there are often additional benefits from change which are more difficult to quantify which are known as ‘soft benefit’ (in contrast to more tangible or ‘hard’ benefits). These soft benefits might affect customer or employee attitudes in either a positive or negative way. The new use of automated systems for example may give greater consistency to outcomes which is a positive thing, but perhaps provide less flexibility which some might view as a negative attribute.

The third issue to focus on is that of certainty of implementation. Many transformations are plagued with missed deadlines, late delivery and an absence of promised benefits. Speed of implementation can reduce the likelihood of missed deadlines but ‘speed’ should not confuse be confused with ‘recklessness’, but rather that there is a clear, assertive and detailed path to success in place. Cloud-based systems are improving speed of delivery and ‘time-to-value’, that is, the length of time between purchasing technology and deriving value from it.

Rapid and effective deployment requires a comprehensive plan which ensures that all the key elements of transformation are anticipated and planned for. For example, a comprehensive approach to communication needs to be in place and a robust benefit management system should already be operating.

Each element of a transformation process needs to be considered as a project in itself, all feeding into a master programme of activities. Many of these are likely to be interdependent. It is naïve to expect that any transformation will be trouble free and this may also require a degree of agility and flexibility but this need not translate into delay. However, many issues are able to be anticipated, captured on a risk register, and potential mitigating actions can be identified early in the planning stage.

All this might sound complicated, and sometimes it can be, but a leader without the ability to effectively implement their vision may be no more than a paper tiger, that is, someone who seems to be in command but cannot carry out what they have said. Without being able to put words into action, and to implement their vision effectively a leader would be, to quote William Shakespeare from his play ‘Macbeth’, no more than ‘full of sound and fury, signifying nothing’.

The Role of Metaverse, Digital Twins, and Conversational AI in Creating Future-Ready Government Organizations
You Need Two to Dance the Tango: Dependence of Business and IT on each other
Cyber Risks in the Education Sector: Why Cybersecurity Needs to Be Top of the Class
4 Critical Elements To Ensure Your Staff Are Engaged & Go Above And Beyond To Deliver Great Results
Tech Businesses Powered by Women
Creating the Safest Learning Environment for the Pupils, Instructors, & Partners
CONTACT US