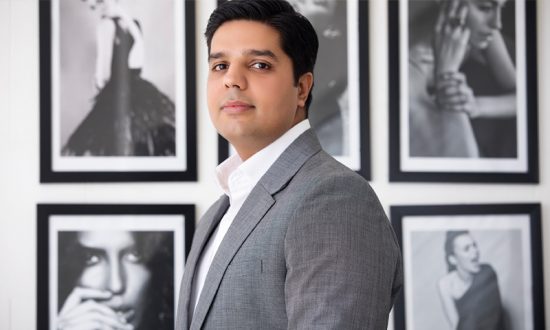 As per Allied Market Research, the global footwear market size was evaluated at $365.5 billion in 2020. It is expected to reach $530.3 billion by 2027 with a CAGR of 5.5% from 2020 to 2027. This indicates that the future of the footwear industry in the APAC region as well appears to be bright simply due to the rising demand as people, here, don’t think twice when it comes to choosing comfort and style. The footwear industry comes under one of the ‘significant yet a bit underrated’ industries in the country. Hence, the sector is trying to develop a robust auxiliary ecosystem to further achieve economies of scale.

Be it men’s or women’s, the category doesn’t matter; the footwear has evolved to become one of the critical style statements for anyone and everyone. The current market landscape of the Indian footwear industry has been drawing a powerful spotlight. According to a study by Invest India, our country is the second-largest producer of footwear currently after China and accounts for 13% of the global footwear sector. Approximately 95% of India’s production goes to meet the increasing domestic demand of the consumers but our country depends heavily on the import of raw materials for the production of shoes. As stated in another report by Research and Markets, the Indian footwear industry is anticipated to show progressive growth at a CAGR of 8.28% from 2020-2025. This outlines that the future for the industry is, indeed, brilliant and it will continue to multiply.

The factors influencing the growth

The development potential of the industry is subjected to several factors. The sector is observing rampant progress because of the liberal venture policies. Taking the automatic route, the government has allowed 100% foreign direct investment (FDI). Further, now the industry is de-licensed as well as de-reserved. With the rapid digital transformations, innovation, and equipment, accessibility of labor, development of e-commerce, shifting habits of consumers, the possibilities for the footwear business have taken a positive bearing. The government initiatives including Make-in-India, Self-reliant India, Start-up India have opened the gateways for scaling up.

Some of the roadblocks and how to surpass them?

Even though the footwear industry is prospering, it has its own share of challenges. Regardless of having all the tech advancements setups, India still lacks the aptitude of premium shoe production, which further makes it difficult for the global market to broaden their horizons in the Indian market, recognizing the absence of services and facilities.

The perks of the sector with regard to the accessibility of leather and cheap labor, perhaps, have not yet been turned into a competitive edge in the market. In recent years, the development of imports has tended to increase rapidly than the growth of exports. At least to a certain extent, this may be reflective of the loss of competitiveness of exports. It has been witnessed that the value of imports, in the majority of the footwear products be it leather or non-leather, is comparatively lower than that of exports of these items if we take the unit value of exports and imports of some items as proxies of the prices. With the world riding high on tech advancements, there is an increased requirement for automation in the sector too, especially for boosting local production. Supporting the export of footwear will likewise assist with giving the sector the necessary progress. Imports can be reduced and the increasing demand can be met with domestic production.

There is also a desperate need to change the perception of the consumers. Since their disposable and per capita incomes have seen a rise, they must pick their brands wisely. The consumers need to acknowledge the brands that are putting their best foot forward in taking the government’s vocal for the local campaign ahead and are putting forth efforts to spread the advantages of local items among consumers.

Furthermore, the footwear industry can boom if the sector puts the working and the proficient labor force to the best possible use, guaranteeing productive collaboration between government and ventures, acquainting courses devoted to footwear designing, manufacturing and retail, and focusing on worldwide expansion alongside enhancing the functioning to guarantee association with global brands.

The sector, certainly, needs to foster a robust auxiliary ecosystem to achieve economies of scale. The industry is in chaos and there is a dire need to guarantee its seamless working for its overall progress. While the sector is attempting to do so, it is additionally putting forth deliberate attempts to determine the issues of pricing and availability of raw material. However, on the whole, the Indian footwear industry is slowly but surely walking towards the path of success. The future looks promising!

Cyber Risks in the Education Sector: Why Cybersecurity Needs to Be Top of the Class
4 Critical Elements To Ensure Your Staff Are Engaged & Go Above And Beyond To Deliver Great Results
How ChatGPT is Changing Content Marketing
Applications of the Metaverse Across Many Industries
The Third Wave of Internet Marketing
Decoding the Digital in Supply Chains
CONTACT US