Home /EXPERTS' OPINION/What are 3D Assets and Why are They Significant?

What are 3D Assets and Why are They Significant? 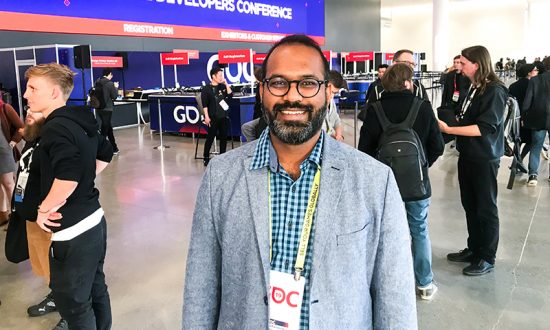 Janarthanan Kandasamy has Strong international expertise in the development of creative content for Entertainment, Gaming, and Enterprise VR/AR. He has been engaged in the development, service, and production of film, television, and digital solutions for global markets for more than a decade. He started up Geniuscrate in 2016 that provides consultations, services, and products in technologies such as Virtual Reality, Augmented Reality,3D Assets development,3D Animation, and Gaming.

Hulk, The House in (Academy Award-winning) Parasite Movie, The Weapons in Assassin Creed Game, The Billy Bookcase in IKEA website, Mercedes Benz Maybach S class in their Website have one thing in common. They are all 3D Models. In today’s world, 3D Assets are everywhere and blend seamlessly with the real world. 3D modeling and computer graphics have been in development for several decades and were used predominantly in Animation, Gaming, VFX, and Architectural Industries. Due to the era of digital information technologies, 3D modeling and computer graphics techniques have become crucially important in recent years.

The process of building a 3D asset usually varies from one industry to another. For entertainment, Gaming, VR/AR it’s mostly manually modeled, textured, and Re-topped by 3D artists using industry-standard software. For Enterprise applications, they are 3D scanned and cleaned manually by CG Artists so that they are light and easily used across platforms.

3D Assets are used in a wide range of industries such as Entertainment, Gaming, Automobile design, Product Design, Construction, Architectural, Simulation, Autonomous systems testing, in retail (Furniture & Fashion), and AR/VR. Let’s understand why and how they are used.

For industries such as Automobile, Architectural, and Construction 3D Models are often used to visualize how the product would look like, how aerodynamic they are, are they sustainable, etc. By using a 3D model in the initial process you have a 3 Dimensional blueprint that has been tested for maximum possible failures this saves a lot of time and money.

In industries such as Movies, Kids Animation, and Gaming the 3D models are the backbone. The entertainment industry is the driver of technology when it comes to 3D. The 3D tools that were used in a lot of movies have contributed to enterprise solutions a great deal. Autodesk the industry leader in 3D technologies has tied up with a lot of creative people and Hollywood studios where new ideas are given shape with their tools. The tools that are built for movies slowly gets optimized and used for enterprise designing and simulation such as Crowd simulation for Huge skyscrapers, stadiums, city planning, etc. (to name a few)

AR/VR is the new kid on the block who everyone wants to befriend!

A simple definition of Virtual Reality is a technology that lets users interact, visualise and experience a digital world whereas AR is a technology that superimposes a computer-generated image on a user’s view of the real world, thus providing a composite view. This Technology is mainly developed using game engines like Unreal and Unity. Both the AR/VR 3D models are very crucial they have to look very close to reality. To achieve this lot of real-time data collection and implementation is used. There is a tremendous scope in VR and AR and almost all the industries are trying to adopt them.

What are the Skills required by 3D Artists?

Aspiring artists who wish to work in the industry should possess an open mind and a lot of visual ideas. Software tools and techniques are mere tools that help you achieve your idea. A good creative person can excel in this business. This requires a lot of dedication and perseverance in work.

Some of the skills that are required such as:

3D modeling: Process of creating a three-dimensional representation of an object using 3D software. This representation, called a 3D model, can convey an object’s size, shape, and texture. The 3D model can be an existing item an imaginary one or a prototype.

Sculpting: 3D sculpting (or digital sculpting) is when an artist sculpts a 3D object on a computer with material similar to digitized clay. Software with brushes and tools that push, pull, pinch and smooth make it easy to create detailed sculpts that mimic real-life textures and objects.

Retopology: Often sculpted or scanned models are very high in resolution and very difficult to animate or convert as VR/AR objects. So, a similar model with a much lesser resolution is made and all the details are converted as various maps which can be applied while generating the final output.

UV Unwrapping and Texturing: A UV map is the flat representation of the surface of a 3D model used to easily wrap textures. The U and V refer to the horizontal and vertical axes of the 2D space, as X, Y, and Z are already being used in the 3D space.

3D Texturing is wrapping a 2D image or painting around a 3D object and defining how light would affect it.

Engine Portability: Gaming, AR/VR requires the 3D model to work in game engines such as Unreal or Unity. The compatibility of 3D software and engines often varies so optimizing the 3D models as per the game engine is crucial.

Shader creation: It’s the process of creating materials such as skin, wood rock, or steel. The color of the object is applied over a shader node.

How will the use of 3D assets evolve? Some of the prospective future use cases are listed below,

Digital Twins: A digital twin is a virtual replica of a physical entity where data is seamlessly transmitted along the sensors to provide desired information of the entity while virtualization exists simultaneously with the physical entity. The growth in the digital twin market is stimulated by several factors such as growing usage of digital twin technology for predictive maintenance and rising inclination towards IoT devices and cloud-based storage solutions.

Autonomous System Testing: Virtual environments can be used to test autonomous systems such as self-driving vehicles. This reduces a lot of physical effort and cost that goes into testing these vehicles.

Metaverse: The idea of Metaverse was first told in the 1992 dystopian novel “Snow Crash” by Neal Stephenson. Metaverse is a collective shared online space that incorporates Virtual space and the entire internet. It contains 3D objects, avatars, and sometimes replicas of a physical entity. The concept sounds fanboyish but has gained traction after Mark Zukerberg set his ambition for Facebook on Metaverse.

The Future of AI: How Artificial Intelligence is Revolutionizing the Way We Work
6 Technology Shifts that will Enable Businesses in the Next 5 Years
MarTech: Don’t Let It Mar Your Creativity
The World of Data: Data Driven & Data Literacy
Impact of AR and VR on the Tourism Industry
How AR & AI Play Into Delivering a Personalized Shopping Experience
CONTACT US