Why Hyper Casual Gaming App Marketers Need Their Own Playbook 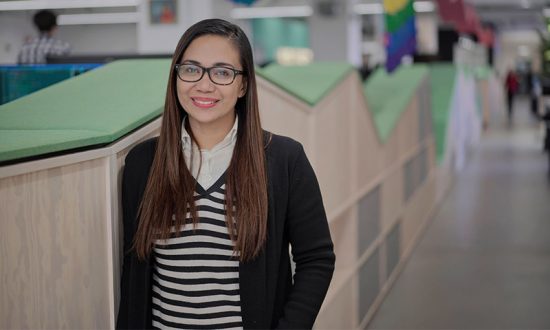 April Tayson is Regional VP INSEA at Adjust. Based in Singapore, April is responsible for Adjust’s SEA sales operations, go-to-market strategy and growing the company’s market share and revenue. With over 15 years of experience in digital marketing, April is passionate about promoting Southeast Asia’s vibrant and fast-growing mobile ecosystem, while bringing more transparency and trust to the industry.

Mobile gaming is the largest and fastest-growing segment within the mobile app ecosystem, with more than 2.5 billion mobile gamers worldwide. Across the global gaming industry, mobile games now make up 51% of revenue, and hyper casual games are projected to hit $2.5 billion in 2021. These small but mighty games have taken the world by storm in recent years — and trends suggest hyper casual is a unique niche that requires its own marketing playbook.

How hyper casual games are different

Hyper casual installs increased by 66 % in 2020, according to Adjust’s APAC Mobile App Trends Report 2021. The hype of the gaming industry is continuing in 2021 and India has achieved a growth rate of 61% in installs in session so far compared to 2020.

In general, gaming apps boast longer session lengths. This makes sense for entertainment-based apps as opposed to, for instance, banking and payment apps where users may only need a few seconds to complete their goals. Sessions for non-hyper casual games increased by 27% in 2020 YoY, while hyper casual sessions increased 36%. Despite the bigger increase in session lengths, hyper casual games hovered at 18.78 minutes, while casual gaming and sports gaming apps were at 21.19 and 22.77 minutes, respectively.

We see similar patterns play out when we look at time spent in-app. The median numbers for the gaming vertical are much higher than in the comparison verticals, with the day 0, 1, 3, 7, 30 patterns performing at 24, 53, 48, 47      and 45 minutes in Q4 2020. However, hyper casual is a completely different story, dipping down significantly faster. Our Q4 data shows that on day 0 time spent in-app is eight minutes, jumping up to 15 on the next day. By the seventh day, time spent in-app is down to nine minutes — falling to seven minutes by day 30.

What the data tells us about hyper casual games

The hyper casual vertical is characterized by lower retention rates. Upon analyzing Q4 2020, Adjust found that games retained best on day 1 at nearly 30%, followed by hyper casual at 27%. However, just 7.5% of hyper casual users return by day 7 (compared to a median rate of 15.2% for all verticals) and only 1.75% return by day 30.

This poor retention rate is due, at least in part, to the simple game mechanics at play and the “snowball effect” developers employ to funnel users into the next game in their portfolio. The nature of hyper casual games means that marketers won’t focus their efforts on improving retention — instead, they need to perfect the art of monetizing users quickly and then pushing them to the next game.

This also explains why hyper casual games have more partners than other apps — even other games. The median number of partners per app hovers at around five for all verticals combined, increasing to six in Q4 of 2020. Games is above the median of the other verticals at seven overall, with hyper casual even higher, at nine. (Bonus tip: Consider increasing the number of partners you are working with if you haven’t already.)

Hyper casual games must acquire the maximum revenue per user in the first two days after download, as retention rates dip heavily after that. This goal is especially important as hyper casual has the highest ratio of paid installs to organic installs, reaching 3.17 by Q4. To be clear, this isn’t a bad thing. Because install prices are very cheap, casual games try to drive as many users as possible to their apps as quickly as possible. Additionally, within that first two-day usage window, casual games often use cross promotion in their advertising to get users across to other apps in the developers’ libraries quickly (which is also a reason why iOS 1     5+ App Tracking Transparency opt-in rates for games have been high — gaming users like targeted advertising.)

Comparatively, the paid:organic ratio for the overall gaming vertical was just 0.69 in the same quarter.

It’s clear that when you’re paying for users, monetizing them takes on new importance. Hyper casual games stand apart from the larger vertical — not only in terms of cost, but in the strategy required to monetize effectively. So what do marketers need to know?

Hyper casual games are generally free to play, meaning they rely on ads to monetize. And the quickest path to ad-supported success is through personalized ads. We often think about personalization in terms of the products we advertise or using a person’s name. In the hyper casual world, marketers need to think about personalization a bit differently. This will be especially true in light of iOS 1.5+ and the increased focus on privacy.

Experiment with the frequency with which you show ads.  Hyper casual users tend to be used to seeing more ads and are more tolerant of frequent ads. In fact, they can display more ads than gameplay within a minute and still hold the attention of their audience and generate revenue.

There are limits, however. Our research shows that hyper casuals that show more than four ads per minute hit a ceiling at around $35,000 per month in revenue. The sweet spot appears to be between two and three ads per minute—a total that enables hyper casual game companies to boost their revenues by as much as 10%. (Ironically, this may mean hyper casuals are in a better position in the post-IDFA era, where apps will need to show more ads to make up for the lost revenue of more targeted ads.)

Marketers can also tweak the ad formats used — videos, interstitials, native — based on user preferences. If you find videos are engaging users more than interstitials, don’t waste precious time on lower-performing ads. If you’re employing increasingly popular rewarded ads, experiment with different prizes to see what users are more likely to engage with.

Monetizing free-to-play games is always a balancing act, but this is especially true for hyper casuals where players come and go quickly. But hyper casual publishers use this to their advantage by cross-promoting other games within their portfolio — ensuring that users who enjoy one game move on the next when it’s time for a new challenge. This keeps more eyes on ads across their larger suite, enabling hyper casuals to monetize more effectively.

The Role of Metaverse, Digital Twins, and Conversational AI in Creating Future-Ready Government Organizations
You Need Two to Dance the Tango: Dependence of Business and IT on each other
Cyber Risks in the Education Sector: Why Cybersecurity Needs to Be Top of the Class
4 Critical Elements To Ensure Your Staff Are Engaged & Go Above And Beyond To Deliver Great Results
HR Policies of the Retail Sector Before and After the Pandemic
Must-haves for Brands with a Large Retail Presence in the Digital Era
CONTACT US