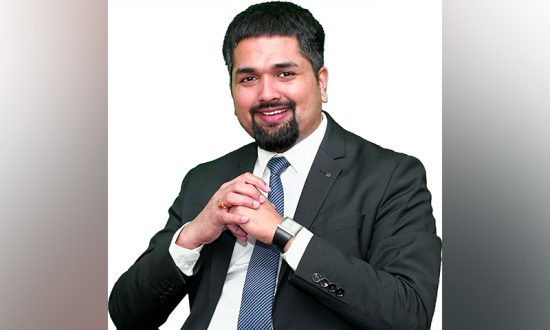 Driven by his business instincts, C.S. Sudheer, Founder, MD and CEO was able to build a successful business when he was just in 11th grade. He is a university topper, and started his career in the insurance sector, with ICICI Prudential Life Insurance, and later moved to Howden India as a regional head. With an aim to end the malpractices present in the financial services sector and make India a financially literate nation, Sudheer, at a tender age of 22, launched India’s largest financial education company, IndianMoney.com in 2008. C S Sudheer founded IndianMoney.com in 2008 – India’s only financial education company. The company was launched with an aim to curb unscrupulous sales practices rampant in the Indian Financial Services industry. Sudheer is also a member of the Board of Studies in National College and the Director of Krishik Sarvodaya Foundation. Sudheer has even authored a book titled “Love Beyond Death”, an engaging book with an unusual theme that takes the reader from curiosity to mystery and ultimately to a state of mind to introspect and to get inspired!

There are three broad reasons for this. In this article, let us look at each of them, through the lens of a story, to understand the principles and their applications.

Principle 1: The Math of Compounding

Morgan Housel’s recently released seminal book on Human Behaviour and Finance named, “The Psychology of Money: Timeless lessons on wealth, greed, and happiness,” tells a fascinating story of a gas station attendant and a janitor, who, quite contrary to popular perceptions, retired, happily rich. And not just that, he also became a philanthropist who donated large sums of money. On his death, he left $1.2 million to a library and $4.8 million to a hospital. Astonishing figures. All in all, during his life, he had managed to create a wealth of $8 million.

This despite being born in a small farming family, having to walk to his school every day while growing up and being the first high school graduate in his family. As an adult, he had worked in the army during the World War before finding work in two other jobs, first as a gas station attendant for a long period of time and later, as he became older, as a part-time janitor.

Was he just lucky or did he do something differently?

He just invested early in the markets. Specifically, he invested in companies that paid high dividends and were considered as blue-chip stocks. And he stayed invested in the markets, through all the ups, downs and cycles that markets go through.

What lesson does that have for financial management?

That it pays to start early. The reason for that is purely mathematical and based on the rules of compounding. Let’s do some simple math. If we assume that the money we invest in could grow at about 8% an annum, our money would effectively double every 9 years.

Often, we feel that we could start investing only when have saved enough money. Which, takes time, by the same logic. But, given the power of compounding, even if we start saving right from the first day that we start earning, no matter how small the amount, time will make a large difference to that amount.

Let’s share a second story that has a critical financial management lesson. This is the old story of the hare and the tortoise. The hare, as we know, could have won the race with its quick and dainty leaps, but it was the tortoise who plodded to victory.

Many times, when it comes to investing, we believe that we can invest in the latest new scheme that offers the best returns. And then the next one. And the next. But the markets are treacherous. As many investors has found over time, sometimes, less is more in Finance. And rather than constantly churning our capital, unless we are active traders who can track key shifts in the economy and the markets and rapidly analyze their effects on our holdings and make adjustments, we are better off, staying, and growing with the market. On average, over a long term period, if the market keeps returning 10% yearly, we know our holdings can then grow in tandem.

This thinking has in fact evolved even further over the last decades with the evolution of passive investment methods such as index funds and exchange-traded funds, which mirror the index.

Let’s go back to another old story we would have loved reading as a child. Alibaba and the forty thieves. In the story, Alibaba found gold inside a cave, But the same “open sesame” code, when it revealed the gold to someone else in the story, had a completely different reaction from that person with regard to the money.

The lesson here, when it comes to saving and investing, is that how we behave about money is often not completely rational even if we think we are being rational. And a lot of this is built over time, through our habits. We might be natural savers, because saving money was something we saw people around us do. We might be sceptical about borrowing because we have seen the pitfalls of that. Or the other way around completely.

Knowing that we may not be completely rational when it comes to taking decisions about money, is the first lesson here. And then understanding how we can build more positive and good money behaviour habits, over time is the second learning.

In the case of the first story of the gas station attendant, another reason why he retired rich was that he lived frugally through his life, never wasting money on the things he did not need.

Taken together, the three principles, help us accumulate money that we need, by taking small, measurable and simple actions.

And not just the gas station attendant or fictional characters like the hare or Alibaba, each of us have similar money stories. And through such real-life stories, we can learn and teach such some simple lessons to help us plan and to save early when it comes to money.

The Future of AI: How Artificial Intelligence is Revolutionizing the Way We Work
6 Technology Shifts that will Enable Businesses in the Next 5 Years
MarTech: Don’t Let It Mar Your Creativity
The World of Data: Data Driven & Data Literacy
How to Tackle the Risks of Conversational AI Security?
Prioritising the Health and Safety of Truck Drivers in India
CONTACT US