Why Should Brands Lead The Conversation On Mental Health 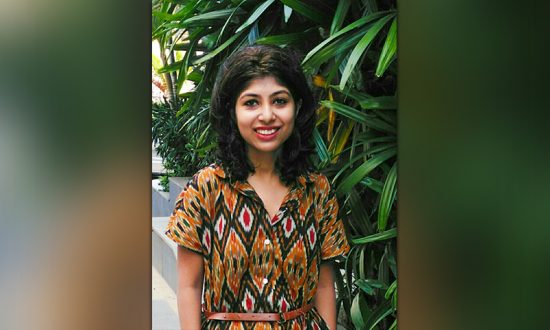 Award-winning marketing and communication professional with over 15 years of cultivated skill sets in strategising and driving branding, imagery, brand positioning, brand architecture, customer segmentation, communication and storytelling, Piali is a sharp creative thinker and ideator, who believes in striking the right balance between the yin and yang of Marketing.

For someone who has battled treatment-resistant clinical depression and anxiety for over 23 years and counting, the announcement of the National Tele Mental Health Program for Budget 2022-23 which will include 23 tele mental health centres of excellence with NIMHANS (National Institute of Mental Health and Neuro-Sciences) as the nodal centre, seems like a delayed but a welcome move.

COVID altered the world around us irrevocably in many ways. And one of the things it did was to heighten the focus on mental health. In a country where 14% of the population suffers from at least one form of mental illness, I wish we didn’t need a pandemic to bolster the support system for those battling mental health issues.

Data suggests that most mental health issues start manifesting in a person before the age of 14. But in most cases, there is at least a gap of 8 to 10 years before an individual gets any medical help. And in more than 50% of the cases, the sufferer doesn’t reach out for help for the fear of being stigmatised.

It is no secret that there is high levels of shame, stigma, ignorance and apathy around mental health and mental illness. While it is a complex topic, the sheer amount of misinformation and misconceptions around it are mind-boggling. Neurodiverse people have the added burden of dealing with judgement, shame and stigma making their fight against the illness harder.

This is a large social problem. And it is very deep-rooted. And while awareness levels around mental health are higher than what they were two years back, it is not enough to address the mental health crisis in the country.

And so, while the Government’s announcement of the National Tele Mental Health Program is a positive step in the right direction, perceptions around mental illnesses and a change in mindset can take place only through mass media campaigns.

And that’s where brands have a crucial role to play and a huge abyss to fill.

The latter affects one in five new mothers in India. And yet, there is complete silence around it.  Because a woman’s worth is attached to her ability to give birth to and bring up a child.

One wonders why these socio-cultural complexities are almost never highlighted in mainstream advertisement when it has deftly tackled topics such as dowry, colourism, sexism and gender discrimination and even environmental issues.

Barring the Prega News campaign done in 2018 that brought to the fore post-partum depression, there has never been any attempt by even infant-care brands to create communication focused on raising awareness on this issue.

And that’s precisely the point.

The point is that it is very little to no representation of mentally ill people in Indian advertising.

In the past few years, the ad world has worked towards creating a handful of ads representing the LGBTQI community. Mainstream brands such as Myntra’s Anouk, Vicks, Malabar Gold and more recently Dabur’s Fem have centred their narratives around characters that are sexual minorities.

But how many ads made by mainstream brands can you recall made in the past decade that focused on neurodiverse people?

The answer will probably not be very encouraging.

But the need of the hour is that corporates and large brands with muscle power turn their attention to the cause of mental health. Not in order to seem “woke” but because it is desperately needed.

The dangerous thing about most mental illnesses such as depression or anxiety is that they are invisible. And that makes it all the more important for popular culture including films and advertisements, to make it more visible. So, people realise that they are not a figment of someone’s imagination. And are very much a reality for millions of people.

The #HealthInsideOut campaign launched in January 2021 by Insurance giant Future Generali, which showcased the tell-tale signs of mental illnesses animating inanimate objects such as a vase, a pillow, was a good move towards making mental illnesses more visible.

Brands have the ability to propel the narrative that mental wellbeing is as important as physical fitness and merits equal attention.

The mental health crisis in rural India is frightful. It is said that about 80% of mental illness cases remain undiagnosed and untreated. The fear of being ostracised by society as well as the lack of medical access contribute to this.

Mass brands in the FMCG space (both healthcare and non-healthcare), should lead the movement to raise awareness around mental health and take the message to the furthest concerns of the country.

In May this year, Columbia Pacific Communities launched a campaign titled #ReachOut done in association with the Department of Mental Health and Behavioural Sciences at Fortis Hospital, which reached over 6.5 lakh people. The campaign urged senior citizens unable to navigate the uncertainty of the second wave of the pandemic, to reach out for free mental health support without any hesitation or shame.

It was our way of telling seniors (our core TG) that reaching out to a therapist is as “normal” as going to your GP.

Advertising is a harbinger of change. It has the power to shift paradigms. Through cutting-edge creativity, advertising can work towards reducing judgement, apathy and ignorance around the illness. This is not a problem that can be solved overnight. It needs a seismic change. And brands have the potential to be changemakers.

The Role of Metaverse, Digital Twins, and Conversational AI in Creating Future-Ready Government Organizations
You Need Two to Dance the Tango: Dependence of Business and IT on each other
Cyber Risks in the Education Sector: Why Cybersecurity Needs to Be Top of the Class
4 Critical Elements To Ensure Your Staff Are Engaged & Go Above And Beyond To Deliver Great Results
Schneider Electric Commits to Support the Ministry of Jal Shakti in Sustainable Water Management
The Dynamic role of CFO in a Digital Ecosystem
CONTACT US