Why The Investment Migration Market Is Growing in India 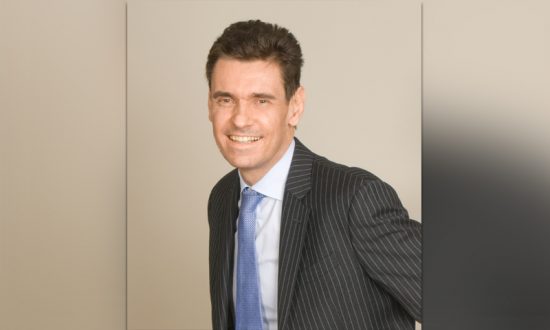 Dual Qualified as a lawyer within the United States and United Kingdom, Mark I. Davies is the Global Chairman of Davies & Associates, LLC. In addition, he chairs our business and Investor Visa and India Practice Teams. While Mark has had versatile experience with visas and assisting large institutions, corporations of various size, individuals, professionals and families his proactive focuses on assisting business owners and investors with their moves to the United States.

Driven by an ambitious population, India as a nation has a long history of migration. Since the United Nations began recording migrant origins in 1990, the country has consistently been among the top, with 18 million people living outside their homeland in 2020. The Indian diaspora is spread across the United Arab Emirates (3.5 million), the United States (2.7 million), and Saudi Arabia (2.5 million). In addition, Australia, Canada, Kuwait, Oman, Pakistan, Qatar, and the United Kingdom are among the nations that host substantial numbers of Indian migrants. China and Russia also constitute Indians that are geographically dispersed.

Indians are among the highest applicant groups of manycitizenship and residency by investment programs around the world. They are motivated by a range of factors, including access to improved infrastructure, world-class education, ease of operations, good real estate rules, safety, better remuneration, and returns, amongst others. Also, there has been a growing interest in investment migration from India, especially amongst affluent families who get to diversify their investment portfolio, build vacation homes internationally, gain a second residency, and more.

Yet each citizenship or residency by investment programme has its own unique advantages. Take, for example, the Grenada Citizenship by Investment Programme, which is growing in popularity among Indians. Not only is it quick and relatively affordable(it starts from $150,000 and takes just a few months to acquire), but it also does not tax income earned outside the Caribbean Island, and it offers access to the United States E-2 Treaty Investor Visa program.

The E-2 Treaty Investor Visa allows a person to move to the US for the purposes of investing in and running a business. Although the visa is popular in India, Indian citizens are not directly eligible because India does not hold an E-2 Treaty with the United States. That means Indians need to first obtain citizenship of a country, which does have an E-2 Treaty with the US, such as Grenada. This two-stage process from India to the E-2 Visa is relatively simple for Indians and takes a matter of months in total.

Another route to the E-2 Visa is via Turkey. Turkey offers a Citizenship by Investment program that is only slightly more expensive and takes just a little bit longer on average than Grenada. Turkey’s program starts from $250,000 and takes less than six months on average to acquire. Of the two, Grenada remains more popular among Indians than Turkey, but interest in both is growing.

An alternative investment migration option for Indians to reach the United States is the EB-5 Immigrant Investor Visa Program, which offers Green Cards to an entire qualifying family unit in exchange for an investment in the United States that creates ten American jobs. Demand for EB-5 from skyrocketed over the last decade to the point where it exceeded supply and Indians were temporarily put on a waiting list. The minimum investment threshold was increased from $500,000 to $900,000 in 2019, which, combined with Covid-19, dampened demand last year. However, the minimum investment threshold was reduced back to $500,000 this year and demand from India is once again surging. There is a chance that the minimum investment level for the EB-5 visa will be increased again in the near future, so many Indians are trying to avail themselves of the lower investment level now.

Two other countries overwhelmingly popular with Indian migrants – the United Kingdom and Australia – also offer investment migration options. Starting at £2 million, the UK’s Tier One investor visa is more expensive than the United States and tends to be more popular with people from the Middle East and Russia than Indians. The more you invest, the less time the investor needs to wait before claiming Indefinite Leave to Remain and then UK citizenship. Australia’s program costs at $2.5 million AUD, placing it in between the US and UK in terms of price.

While Australia, the UK, and the US all have large Indian communities and considerable economic opportunities, Indians are starting to look further afield. Italy, for example, has never had the same volume of Indian migrants, but that is starting to change. Italy slashed the cost of its residency-by-investment program during the Covid pandemic to aid its economic recovery and the investment requirement now starts from €250,000. Italy also offers an Elective Residency Visa that allows you to live in the country provided you can prove you can prove you earn approximately €32,000/year outside Italy to support yourself.

For those that can afford it, investment migration provides a relatively quick and hassle-freeroute to a new life overseas. The biggest challenges that many Indians face is documenting their source of funds and complying with remittance regulations. Many countries, especially the US and the UK, demand that each dollar used to pay for investment migration be properly accounted for. This could come from salary, investments, property sales and gifts from family members. Similarly limits on how much money a person can move out of India can cause difficulties. These hurdles are not insurmountable – many Indians manage to do this every year – but they do require careful forward planning.

Leadership Vs. Management
Beyond Diversity, Equity and Inclusion
Online – The Future of B2C, D2C, B2B
How The Upsurge In Cyber Security Breaches Is Threatening Accounting And Bookkeeping
NeoGrowth Gears Up for Festive Season, Launches Business Loan Carnival for Small Businesses
Moolahgo closed Pre-Series Funding& Gearing up for Series-A-Round
CONTACT US