Advanced Technology Is Sweeping The Indian Gaming Sector Off Its Feet 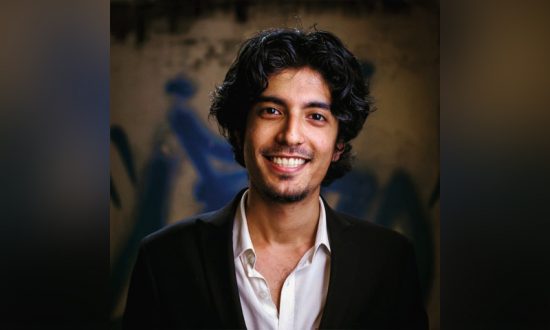 A game developer by profession and an entrepreneur by heart. Ever since childhood, Danish have loved playing video games. I was so intrigued by the concept that I started building them. He used to play Warcraft, Command & Conquer, and Age of Empires for hours without moving a muscle. Like glued to his computer screen as a child sticks to their mother. This gradually translated into days and nights spent on learning and developing video games. Danish have lost count, but he believes he had already built over 15 games by the time he graduated from SNU with B.Tech degree in Computer Engineering.

The gaming industry is thriving and has witnessed rapid growth over the last decade. The industry is revolutionising due to increasing deployment of advanced technologies for the convergence of games and videos on a global scale. Additionally, efficient alignment of various business models and platforms is also supporting growth of the gaming community worldwide.

Though gaming has been a predominant trend in the West. The COVID-19 pandemic saw a shift in media and entertainment consumption trends in the country. The surge in gaming came and still comes from a growing need for virtual entertainment and connection with friends, family and peer groups. This boom of the gaming industry is coupled with the rise in influencers encouraging Indians to come forward and play more games. As per a report by Deloitte India, the Indian gaming industry is poised to grow at a CAGR of 40% by 2022, scaling the total market size to US$2.8 billion. This growth will majorly be led by mobile games as 85% approx. of gaming takes place on smartphones in India.

Gaming is becoming one of India’s most exciting and rapidly evolving sector, with increased investments from both companies and consumers every year. And the industry is not just limited to gamers, but harbours an ecosystem of of game developers, designers, investors and marketers, working together to come up with the latest cutting edge  games, concepts and offers for players alike. With the presence of new and advanced gaming platforms, as well as rising penetration of gaming hardware companies in the country, gaming has emerged as a business sector that is proving to be immensely lucrative. As avid gamers constantly crave high-quality gaming experience, companies keep re-inventing and executing new technologies to retain good players and encourage others to take it up.

On technological front, the Indian gaming sector is categorised into mobile gaming, console gaming and computer gaming.  Technology innovations are altering the narration of the gaming world, with the market metamorphosing and expanding through many of its verticals, including Esports, fantasy sports, card games, and other skill-based educational gaming businesses. The gaming industry is primarily driven by powerful technology; and gaming companies are rooting to intensify the advancement of innovations such as machine learning (ML), artificial intelligence (AI), virtual reality (VR), and augmented reality (AR). Such improvements have resulted in the introduction of real-time raytracing for consoles, as well as the standardisation of 4k gaming.

With India being a smartphone-first market and audiences preferring mobile games over other devices, the gaming industry has also matured and enabling players to branch out beyond handheld devices. India’s mobile app market has drawn plenty of attention as it continues to grow at breakneck speeds, with growth and improvement of wireless connectivity in the country. The amelioration of technology has also influenced mobile gaming, to the point that certain gamers have blurred the lines between realism and fiction.

The gaming industry has witnessed a shift from console gaming to mobile gaming and the latter accounts for half of the country’s total gaming industry revenues. Moreover, India features among the five biggest mobile gaming markets in the world, according to a report titled ‘The Power of Mobile Gaming in India’ released by the Mobile Marketing Association (MMA). The increased use of pocket-friendly gadgets is making it easy to access data whilst proliferation of digital payment applications has benefited the growth of the gaming industry.

Further, the roll-out of 5G will prove to be a revolutionary advancement for an industry, already thriving in terms of users, revenue, investments, etc. The advent of this new technology will mean faster download speeds, improved streaming capabilities, and immersive real-time gaming experiences. 5G will not only bolster entertainment and experience, but also nurture virtualization and foster network slices, with every slice designated for a particular purpose.

However, the most anticipated technological change in the gaming world is the Gaming-as-Services (GaaS) model. It is already seen as another rising trend of the industry that is touted to have the potential to completely transform the gaming sector. The model will enable gamers to play online games without any drop in the overall quality of the games irrespective of the type of device it is being played on. Moreover, the gaming industry is paving the way for the positive consolidation of facial recognition into games. In terms of personalisation, facial recognition enables gamers to take pictures of themselves and use them to portray their character in online games or allow character creation based on gamer inputs.

The ever increasing number of gamers and rapid technological advancement has resulted in a convenient gaming culture. The revenue generated will boost the gaming community to grow and also help the local gaming communities and the ecosystems, including developers as well as consumers. Gaming companies are coming up and developing products that are tailored to their own local tastes.

Gamestacy is one such leading game developer on the GAS platofom in India who truly understands how new technologies such as 3D and Virtual Reality has offered gamers with an extraordinary experience. Founded by Danish Sinha and backed by Sanjay Kumar ex CEO of Altran an later Elior India , the studio has offices in Delhi NCR and Bangalore, the indie game studio’s suite of products encapsulates the role played by edge computing market, adoption of AI and IoT, rise of AR/VR technologies and other application services. The gaming world is pushing its limits to the next level with every passing day, and creating new opportunities and milestones for players. The absolute transformation of technology will unarguably serve all gamers a platter of adrenaline rushes along with an abundance of pleasure.

Cyber Risks in the Education Sector: Why Cybersecurity Needs to Be Top of the Class
4 Critical Elements To Ensure Your Staff Are Engaged & Go Above And Beyond To Deliver Great Results
How ChatGPT is Changing Content Marketing
Applications of the Metaverse Across Many Industries
How Cloud Telephony and Businesses are Performing during the Pandemic and Boosting the Economy
Changing Role of Insurance Advisor After Digitalization in Insurance Sector
CONTACT US