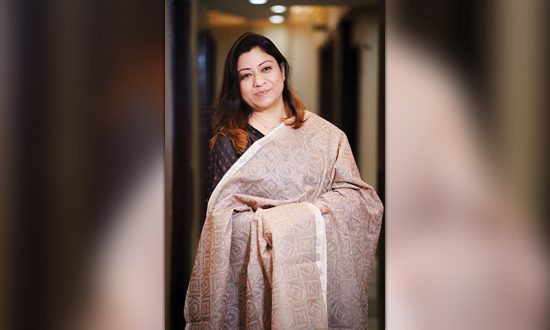 Entrepreneurs are not always born; they are forged in the fire of passion and determination. Such was the story of Anjali Agrawal, who studied electrical engineering, worked for twelve years in her area of expertise, and had a pleasant enough life but sought more than mere fulfilment. “Being in the corporate world gave me a sense of professional contentment, but deep down, I was still not there. I always had blurred thoughts in my head of creating something of my own,” Anjali recalls. When she decided to step out, she realized that her greatest strength lay in the clothes she wore.

Through college and while working, Anjali wore a lot of traditional suits made of Kota Doria fabric. The soft hand-woven cloth, gentle on the skin, was incredibly soothing during the harsh summers. Ever so often, those around her would compliment her on her choice of clothes. She was frequently asked to source similar pieces for friends and colleagues, as the fabric which was so popular in Rajasthan was not available elsewhere. That led Anjali to take the plunge into her maiden entrepreneurial venture, KotaDoriaSilk (KDS). Her innovations with the Kota fabric, trendy designs, and work turned KDS into a company with a turnover of four crores in less than six years. Today, the organization empowers women to sell from home and encourages artisans to work based on new-age demands. Anjali shares, “I took a leap of faith by putting aside my corporate experience and chose to start something of my own that changed not just my life but also the lives of many others around me.” 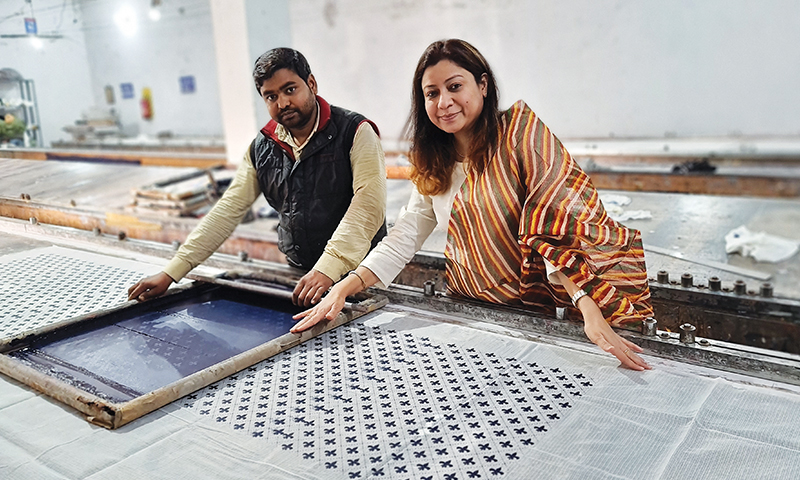 With her maiden venture involving a traditional Indian fabric and her deep desire to empower people at the grassroots, Anjali decided to deal directly with artisans to keep the Kota Doria fabric true to its roots. As the textile is woven in villages near Kota in Rajasthan, she started sourcing the raw material directly from weavers. She also dealt directly with embroiderers, painters, printers, and artisans, who crafted beautiful designs on her fabric of choice. With time, she soon understood the intricacies of the material she invested in and marketed. Eventually, Anjali made crucial decisions regarding each component’s ratio that went into the weaves.

Under the KDS umbrella, artisans began working steadily through demand from across India. The collaboration enabled weavers and craftsmen to have a steady and secure source of income. It encouraged them to streamline their efforts, and gradually the KDS family grew from a handful of people to 72 artisans. The company has an equal ratio of women and men, and they contribute daily to crafting unique designs on this handloom fabric. Today, over 25 looms exclusively work for KDS, which has helped many artisan families taste the security of steady income.

From the start, Anjali’s creation attracted attention from resellers, which further fueled its journey across the country. Now, KDS has around 5000 resellers. While some working women, boutique owners, and shop owners form part of this number, the majority comprises homemakers. Several women who were never part of the corporate workforce or chose to drop out over time have found their feet through KDS. Thus, customers in different parts of the country are connected with minimal difficulty through this vast reseller network. Anjali proudly salutes the effort of associated women business partners from across India.

A tale of empowerment comes from a craftsman in Delhi, whose workshop was at the brink of closing down when Anjali first met him. She worked with him on creating a few sets of designs, and over time, KDS provided enough work for him to flourish. Three years down the line, the workshop has more machines and ten new workers to keep up with the demand from KDS alone!

Three years ago, Anjali also laid the foundation of Anjali Handloom Studio, a sister concern of KDS. The weavers’ guild under this concern works on crafting and retaining the authenticity of other traditional Indian fabrics like Chanderi, Ghiccha, and Tusser, besides linen and cotton. These looms also showcase the beauty of hand-woven textile as opposed to machine-made duplicates. The studio helps retain the authenticity of the traditional fabric. 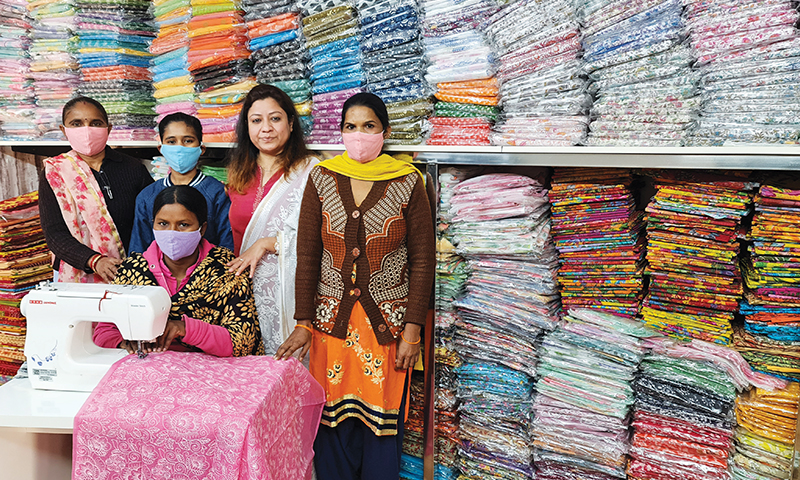 As different clothing e-commerce options become commonplace, KDS stands out with its firm roots in tradition while being unafraid to experiment. So, while pure zari Kota sarees are still woven, their reach has increased manifold. Moreover, to cater to the changing demands of a varied customer base, the KDS family has retained its stronghold on traditional prints like block prints, zari, and gota patti. Simultaneously, they are fearlessly experimenting with modern digital prints, embroidery, Indigo, bagh, bandhej, leheriya, and azrakh. The expansion into new realms of design tapped a whole set of new and younger, bolder audiences and made this fabric remain evergreen. Moreover, while the material was more commonly used in Indian wear and more specifically in sarees, KDS has experimented with cushion covers, sheer curtains, and other home decor articles. Moreover, plans for expanding into Indo-western women’s wear and even men’s wear are on the cards!

While KDS began to popularise the Kota fabric, its founder, Anjali, has not just helped exhibit the same but also allowed its weavers to sustain through tough times. During the pandemic, when several artisans lost the means to earn their daily bread, Anjali helped her network of weavers, artisans and associated women channel partners to thrive. Taking advantage of KDS’s digital presence and access, the organization continued selling. Simultaneously, the extended network took the utmost care to utilize its resources in the best manner possible. Anjali donated nearly 25,000 triple-layered cotton masks to NGOs in addition to including several pieces with each order. “By offering effective yet comfortable masks, I am trying to ensure that more people wear them, thus stemming the spread of the disease,” Anjali adds.

Over six years, KDS has become synonymous with this traditional Kota Doria fabric in India. Today, the website boasts of a beautiful amalgamation of traditional Indian outfits while embracing newer designs as fashions change. Anjali’s relentless efforts and effective e-commerce website have also taken Kota Doria from being an obscure handloom fabric to a material that stands a chance to become a household name across the country and even around the globe. The material has already found a place in several European homes and is set to make waves among the global audience in the years to come.

Today, KDS has an annual turnover of 4 crores, but here is how it began: with an initial investment of ₹25, 000 and a woman’s dream that was too big to give up on. She not only created a platform for a little-known Indian fabric but also aided the empowerment of several others associated with its making. From chasing a dream, uplifting each other, and opening up previously unknown avenues, Anjali and her team have had each others’ back through everything!

Cultivating Entrepreneurs in the Virtual Reality & Augmented Reality Industry
Engineering AI-Driven Bestow Solutions for Business Transformation
Empowering a New Generation of SaaS Entrepreneurs
Understanding the Education Industry Through a New Lens
Indian financial brands need to change how they communicate with their women investors
Geeta Singh: Helping Organisations Get the Coverage They Deserve
CONTACT US