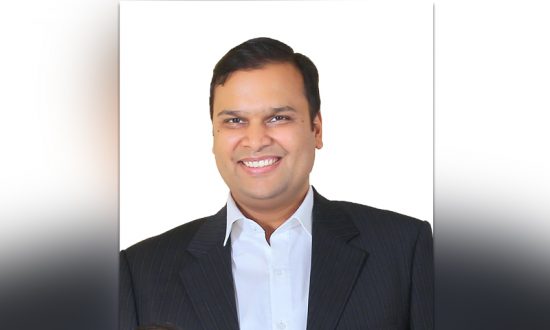 For about 20 years now, Mr. Manish Aggarwal has been a prominent face in the Indian FMCG industry. During these years, he has proved himself to be an outstanding business leader, innovator, and an out-of-the-box thinker always ready to ‘take on new problems. When Mr. Aggarwal joined Bikano in 2000, he was rightly taking the family legacy forward. In his role as a director at Bikano and as a veritable problem solver, Mr. Manish Aggarwal has effected a transformational shift in the way the company’s business operations are conducted and managed. By streamlining and standardizing processes and operations, he has not only introduced increased cost-efficiencies and better time management but also set a template for perfect process-driven business management for the company.

Like most sectors and indeed the larger economy, the FMCG companies too have not remained insulated from the effects of the pandemic, an outbreak which only seems to have resurfaced with greater ferocity and vehemence in recent days in the form of the so-called second wave. And while some product categories within the sector have undoubtedly suffered a bigger jolt than others, the fact that the sector as a whole has been subject to the whims of the virus. Already struggling with inflation and over-the-top offers before the onslaught of the pandemic, sales volumes for brands have suffered during this second wave, there have been different reasons for it. As such, that each one of them including the bigger brands has had to recalibrate their supply chain network and go-to-market strategies can’t be overstated. And strengthening the rural distribution network and firming up their rural supply chain management has been one of those adaptations.

Until November last year when a consumer survey was conducted, about 40% of people reported reducing household spending with about 39%, believing that their finances would not return to normal. Strikingly, this was in a month when the first phase of Covid seemed to be on the wane, lockdowns had eased and the economy seemed to be limping back to a semblance of normalcy. And although rural India had all along fared much better than the urban areas during the onset of the first wave in terms of relative growth numbers, there was a definite and palpable squeeze on spending in the hinterland too. Unlike their urban counterparts, rural India and semi-urban markets too had drifted away from discretionary and indulgence products towards preventive healthcare and hygiene and personal and household care products. According to the Rural Covid Barometer report released in December last year, every third adult in rural India had been impacted by Covid-19 in terms of job loss implying that financially speaking, a substantial number of rural families and populace would have been at the receiving end of the pandemic.

So, among many measures that FMCG companies undertook, revisiting their rural and semi-urban operations has been one pivotal initiative to boost their last-mile connectivity with end-consumers. As urban India began to report sluggish and uncertain demand in the wake of the pandemic, taking advantage of the relatively lesser and more lenient form of lockdowns and restrictions in rural India, companies went to great lengths to extend their footprints to the semi-urban and the rural areas with an eye on fully tapping into any potential demand from the remotest and the most inaccessible terrain. In addition to reworking and customization of product portfolios with smaller SKUs and value packs, thousands of new distributors, dealers, stockists, sub stockists, and sales staff have been brought on board by the FMCG companies exclusively targeting the rural market in the Covid period. Notably enough, many packaged food companies, or FMCG firms with significant food-based products as part of their product portfolio, have been reported to be prominently involved in ramping up their rural distribution network. Deployment of ready-stock van units has been another route to rural market for FMCG companies aimed at direct distribution. Remember, a direct distribution strategy had been adopted even before Covid came when the FMCG sector was grappling with liquidity shortage in the wholesale channel.  Furthermore, smaller and local players too have fortified their already existing close connect with the neighbourhood markets during Covid times.

Employment of digitization of supply chain strategies in rural areas

Although the Covid onslaught has been a great trigger for accelerated uptake of digitization by FMCG companies. And this digitization has not remained limited to metro cities and urban enclaves. The pandemic has propelled the FMCG companies towards also exploring digital initiatives in rural areas, across both B2B and B2C channels. Adoption of apps bringing onboard the humble Kirana stores and small shops location-wise has been one way forward. With digital payment services and platforms erected by both the government and private players already gaining significant traction in rural India, the rural market has been brimming with opportunity. Of nearly 550 million mobile users in rural India, a sizable 260 million are on the internet enabling rural distribution for FMCG companies. In terms of foundational infrastructure, nearly 4.9 lakh km of optical fibre cable has been laid to cover 1.6 lakh Gram Panchayats with nearly 1.51 lakh Panchayats having become service-ready.

The rural market has been ripe for the taking

While FMCG companies have been proactive from their own side, that the rural market has been nurtured by the authorities in certain ways can’t be discounted. While reverse migration – albeit occurred in unfortunate circumstances – did take a toll on urban economy and consumption, rural consumption saw support and reinforcement helped by favourable monsoons, massive government spending, the MGNREGA programmes, and broader agricultural reforms.

Like they say, in every adversity lies an opportunity. If urban markets were faltering, it made eminent sense for FMCG companies to train their focus and energies on rural India. And rural India did not disappoint. A segment that contributes around 37 percent of the total FMCG sales, a large part of which comes from food items, reported an impressive growth of 14.2% year-on-year in the third quarter 2020-21 against top metros’ 0.8% y-o-y figure for the same period. Surely, the bolstering of rural distribution networks has paid dividends.

Do you have Dirty Data?
Making Sense of Generative AI: Current State, Its Promises & Pitfalls
Cybersecurity in the Age of Digital Transformation
2022 Security Wrap Up
What’s Trending in Technology?
Why Cloud Computing is Important for Start-Ups in the Times of Economic Slowdown
CONTACT US