Home /LEADERS' INSIGHTS/Harnessing Agriculture as a Tool for Women Empowerment

Harnessing Agriculture as a Tool for Women Empowerment 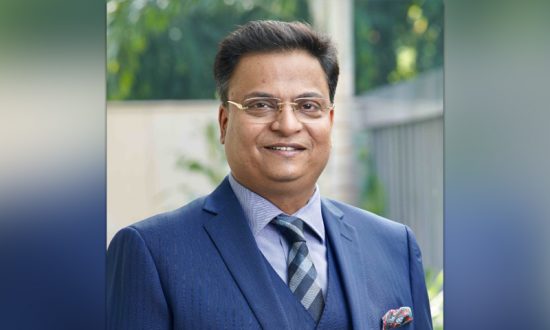 Rajesh Aggarwal is the Managing Director of Insecticides (India) Limited since 2006. Under this dynamic leadership, IIL is now become one of the top ten players in the agro chemicals manufacturing industry. Ambitious and determined, Mr. Aggarwal joined the business with a sole aim of providing the latest technology products to the Indian farmers.
Mr. Rajesh has taken IIL to new heights with e revenue of the company growing manifold. Under his leadership, the revenues have leapfrogged to more than Rs 1,100 crore in FY 2017.

If you are visiting a village during the sowing season, hunching women planting seedlings is one of the most common sights. But thinking of a farmer always brings to our mind the image of a man. Probably that is why we often fail to see the plight of the women working on the fields. Despite being one of the biggest contributors to the gross domestic product (GDP), agriculture is still an unorganised sector and women working in the sector are the biggest casualty. They bear the twin responsibility of performing well both in and off the field, much like any other women professional in India. But unlike her, women working in the fields never get their dues – the International Labour Organization (ILO) indicates that 41 per cent of the world’s agricultural labour force, which rises to 49 per cent for low income countries [1], and yet these women find a mention in discussion papers or strategy documents.

In most of the cases, women working in the agriculture sector earn far less than their male counterparts and bear responsibility without power, mainly because men are in charge. They are the first casualty in cases of job loss and lie at the receiving end in cases of domestic discord. The prevalent gender-based discrimination and social norms ensure that most of their work remain unseen, unrecognised, and undervalued. They are at a high risk of sexual harassment and other forms of gender-based violence, both on and off the field. Amid all this we miss noticing the qualities that may make women a more preferred workforce in agriculture.

Why would women make better farmers?

Firstly, they are the more rooted human beings than men in the society. Due to income distress and other cascading factors impacting agriculture, many farmers are migrating to the cities for better income, with rarely a chance to come back. They leave their families, comprising women and children, behind in the villages. Owing to societal norms, women are less likely to migrate to cities and hence, are available for the field-based work. Secondly, and probably the more vital point is, as many studies have suggested, women have better emotional intelligence, a quality that makes one aware of, control, and express one’s emotions, and to handle interpersonal relationships judiciously and empathetically. Hence, if women oversee farming, we may expect prudent and informed decisions will cohabit with the financial considerations – a fact that will certainly consolidate farming is a community activity and facilitate our goal of achieving food security.

Creating an Enabling Environment is the First Step

Acknowledging the status of ‘women farmers’ will bring agriculture at par with employment means that encourage equal opportunity, for such a status will only reinforce a human right enshrined in our constitution and international labour standards, which promotes gender equality as a means to women’s economic empowerment.

The first and most important step in achieving the goal is allowing girls unhindered access to secondary education. This will ensure that the girls receive basic education that they will need to fall back on in future – education enables them to inculcate better decision-making ability and understand available information in a comprehensive manner. Education will also address their apprehensions about the latest technology such as digital data and smartphones. Over the years, Indian agriculture is on a rapid digitisation spree while most of the women in rural areas hardly own a smartphone.

Once ready for the market, these women will need proper infrastructure and access for formal financing to start with the work. A robust infrastructure and smooth financing options may foster women entrepreneurs from the rural areas who will, eventually, have the unique opportunity to voice their concerns. In time, they may well become the flag bearer of ideas that will protect rural women from unacceptable forms of work, enhance their social protection, and close the gap in representation by ensuring their voices are heard.

Leadership Vs. Management
Beyond Diversity, Equity and Inclusion
Online – The Future of B2C, D2C, B2B
How The Upsurge In Cyber Security Breaches Is Threatening Accounting And Bookkeeping
How Digital Communities are shaping up Online Communications across the Globe
How to Find the Right Online Course
CONTACT US