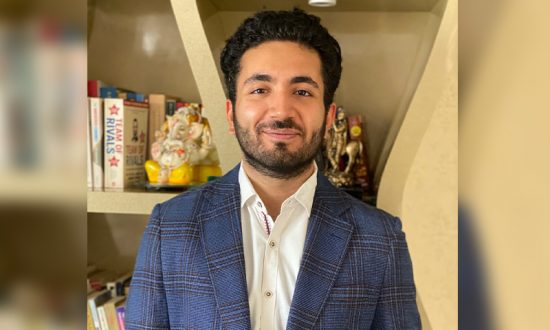 As a law graduate from the OP Jindal Global University, Raunaq Kakkar had always been passionate about working as a criminal lawyer. However, destiny had other plans for him when he failed his law school exams, with over 25 papers to appear for the day his batch graduated. Over the course of the next year and a half, Raunaq took every avenue available in order to clear these tests – from reference books to notes, and even various channels on YouTube – but the absence of awareness on the subject and lack of a structured study pattern resulted in him failing to clear his exams once more. It was during this time that the idea of creating a platform like Lawpreneurz was born. Despite having attended a highly reputed law school, clearing his exams became an immense task due to the unavailability of proper guidance and professors who could clearly explain complex topics. When considering the plight of other students who didn’t have the opportunity to go to a premium law school and faced similar struggles, Raunaq was inspired to create a unique solution to help his fellow students at large – all at the click of a button.

Have you ever visited a court of law in India? If you have, the one thing you would have noticed is how crowded it can be on any given day, with not just lawyers but also citizens with grievances popping out of every possible room. But there is more to the court of law than just the number of people. While it goes without saying that the significance of the court is on its justice delivery system, but can we rely upon the tried and tested approach forever? With the crisis plaguing the globe, is it time to adapt to a new system to ensure that justice is no longer delayed?

There was a reason why I started this article by noticing how a court of law looks like. If you would look closely, you would observe that not just lawyers, even citizens carry around with them a pile of documents which are required by them to present for their particular case. Needless to say, the insides of a courtroom are no different with documents and case files piled up as far as the eye can see but can we say there might come a day when this would change? While we could only hope for a change in the legal system, our conventional conditioning had blocked us from understanding the need to adapt but this crisis, while has shaken the foundation on which we stand, it has made our officers of law shift to a more unconventional approach, making it the new way of dealing with matters of law.

While we now have to learn to live with this virus, it is safe to say that with a population such as ours, things will never be the way it was. We would have to adhere to norms of social distancing for as long as we are possibly alive but that will not bring our work to a standstill. What does a profession such as law, which sees not just lawyers popping out but also new enrolments every passing year, do in such a state? Do they stop their work and let unemployment and hunger take the better of them? Or do they adapt and bring about a change to how we looked at the court of law and the justice delivery system? Do we finally see technology as a boon, a value add and not a threat to our manual labour?

Before this crisis, as officers of the law, we had opened up to using technology in terms of having cases updated on our smart devices but we were happy with the approach that has been the norm in terms of representing a particular case. With the lockdown in place, some of our judges realised that technology is the only way to go forward in the field of law and heard cases over video calls. This, for a profession that was yet to evolve, comes as a great start. This helps in establishing that we are open to change, to break the conventional shackles. But will it be applied in every court of law? Can we expect all lawyers and judges to follow suit and enhance the justice delivery system? We as citizens can only hope for this to happen but as a Founder of a law learning platform, I believe this is the only way forward. This crisis has brought with it a silver lining for this profession, to finally understand the importance of adapting, to work with technology as this would not only help in bringing about a radical change but would also help in reducing the number of pending cases and ensure justice is only served. Not delayed.

Artificial Intelligence: In the Future of Work & Engagement
How is CNC-on-Wheels Contributing to Society?
Gone with a Click: Preventing Our Most Prized Possessions from Ending Up on The Dark Web
The Future of AI: How Artificial Intelligence is Revolutionizing the Way We Work
Virtual Reality Myths and Misconceptions
Steps Companies can take to keep their Employee’s Mental Health in place
CONTACT US