How to Improve Women Participation in Indian Gaming Industry 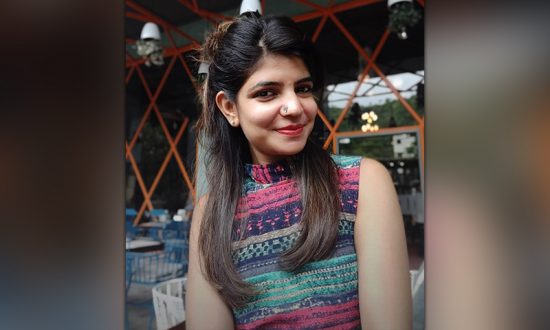 Pratiksha Nagori is the human resource manager, Strategy & Compliance for Sumo India Studios, part of Sumo Group. She believes since Sumo is building up a team that has a massive target to achieve, her major role is to build up the strategy to achieve the target. Sumo Group, headquartered in the UK, operates across 15 studios, and award-winning development teams in the UK, Poland, Canada, India and the US. It is one of the UK’s largest providers of end-to-end creative development and co-development services to the video games and entertainment industries. She started her career as an IT recruiter, worked with startups to help them build the HR department right from the scratch, so for her it was always taking new challenges, formalizing processes is what she always liked doing. She believes that every individual has something which can influence them. And the best leadership lesson that she learnt is “Let people be what they are, just make sure you pick a few qualities to enhance it to something outstanding.”

The Indian video game industry continues to evolve and the growth has been tremendous, it is expected that India will emerge as one of the largest gaming markets at global level in the future. However, contrary to the notion that games are an interest area only for men, women’s contribution to the market’s growth cannot be understimated.

The increased women participation in the Indian gaming industry

What is noteworthy is that the video game industry is now being driven by women as well as well as men. Women gamers, as well as entrepreneurs, are increasingly becoming a part of the Indian gaming ecosystem – a trend that was highlighted at the Indian Gaming Summit last year. The industry experts pointed out the fact that women’s inclusion in all areas has improved in the video game industry and will pick up pace in the near future. Be it gamers, developers, or entrepreneurs, women today are important in game development. Creating a stronger gender ratio will help balance out the industry.

The rise of female gamers

The Indian video games industry has become more diverse and inclusive, it is now welcoming gamers from all walks of life irrespective of their gender, caste, creed, and location. As per the research by InMobi, 43% of mobile gamers in India last year were women. The study further states that gaming is gaining popularity amongst women, surpassing all barriers of age, marital status, and defying all conventional norms. Sunita Thapa Magar, Poornima Seetharaman, Vidushi Suryavanshi (Mogambo), Mudra Roy (thewallflower), Manasvi Dalvi, Shagufta Iqbal (Xyaa) are some of the prominent female gamers in India and stand testimony to the fact that women gamers are an active part of the Indian gaming market.

The pandemic, as well as the surge in online gaming, has ensured entry into the industry to be smooth and easy from the comfort of people’s homes. The growing prominence of mobile gaming along with gaming becoming a more socially acceptable form of entertainment has further helped the sector to be innovative and inclusive. Collectively, all these factors have played a major role in the improved presence and visibility of women being more interactive with video games and the market. As a result, women gamers are growing in number and are beginning to occupy a fairer share in the overall gaming demographics.

Females are not only pursuing their passion by becoming gamers,they are also managing the gaming firms at the executive level, C-Suite, and managerial roles. Game developers are making concerted efforts to actively hire the women workforce and as a result, the core roles of game designers, quality assurance managers, game developers, and product managers are also going to females.

However, as the segment is increasingly garnering female gamers’ interest; the industry needs to be mindful about including only men-focused themes when developing games. As WeForum appropriately highlights, there is also a dire need to break the prevailing stereotypes about the way the graphics and the characters are depicted in the games so that gaming becomes more inclusive for females.

Women are now exploring equal opportunities within the sector. It is important to have females  involved in the designing, developing, and decision-making processes. To ensure improved women’s participation, game development companies and organizations must begin to redesign their organisational structures. This will help in fostering an inclusive and non-discriminatory work culture for females.

We can help improve women participation by hosting more women-focused gaming campaigns, events and awards. Ensuring that women gamers are  represented in their country in the media is a part of the potentially raising awareness in competitive gaming such as esports and this will further help in achieve this objective of increased women participation in the sector.

The efforts should also be focused towards breaking down the stereotypes and stigma of women gamers as they occupy a significant share in other countries such as the UK, and it is expected that India will soon follow suit.

Spreading awareness about gaming to the Indian female population as a viable entertainment source and a career choice will further help in increasing female involvement in the sector. It is about time that we lay the groundwork for the growth of female participation in the industry!

Women are playing a pivotal role in shaping the Indian video game industry as well as boosting its growth. With more women joining the gaming scene, their contribution is helping to create an inviting world to make it easier for other women to enter the industry.

The Indian gaming world is robust and extensive, it is repositioning and is looking to diversify and become more inclusive. We are gradually entering a new era of gaming where women are starting to hold prominent and influential positions. The inclusion of females has improved over the years in games and their future in the market indeed seems to be promising!

How is CNC-on-Wheels Contributing to Society?
Gone with a Click: Preventing Our Most Prized Possessions from Ending Up on The Dark Web
The Future of AI: How Artificial Intelligence is Revolutionizing the Way We Work
6 Technology Shifts that will Enable Businesses in the Next 5 Years
Communication is Key: Exploring Digital Marketing in 2022
Use of Technology in the Advertising World
CONTACT US