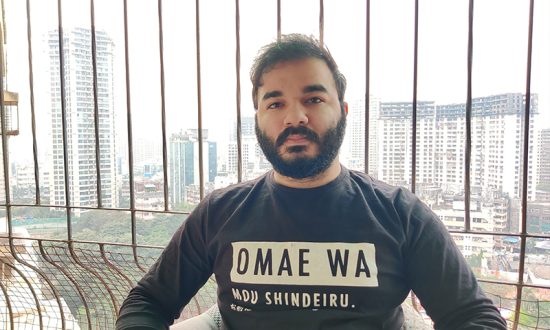 The crypto industry is not a stranger to memes; instead, this sector is well-versed with them. The coming together of memes and cryptocurrencies was vivid when Elon Musk made his famous comeback on Twitter. He used a tweet and announced buyers could purchase Tesla merchandise using Dogecoin. Soon after this tweet, the value of Dogecoin skyrocketed. This example proves how a tweet can heighten the entropy in the crypto market.

Most of you are familiar with Bitcoins. However, if you are still wondering what is a Dogecoin? It is a meme-based currency, which is alternatively called a meme coin. In simpler terms, these are crypto values created by drawing inspiration from memes and other trending internet jokes. Apart from Dogecoin, there are similar currencies like Shiba Inu, Dogelon Mars, Samoyedcoin, and Doge Dash. Although in their nascent stage, these volatile meme coins are becoming increasingly popular among new-age traders.

How can you consider something born out of a joke equivalent to a serious trading instrument? Well, usually, these currencies are not introduced with solemn intentions. However, they have a high propensity to become famous and gain momentum. Let’s understand meme coins better by taking a closer look at the characteristics of this emergent form of cryptocurrency.

Prone to hike in value

As more and more community members purchase the newest meme coins to participate in the joke, their value begins to climb. Sometimes, even retail investors join the bandwagon and further accelerate this spike in value. For instance, in May 2021, Dogecoin had a significant increase in value before it levelled off. Such hikes encourage a modern generation of traders, thereby giving them the impetus to invest more in these coins. Though these meme coins might adopt an upward trend, their value is rarely very high. This is proved further by a recent report that valued the current work of a Dogecoin at USD 0.15 per coin.

Unlike Bitcoins which provide a finite availability of the units you can mine, there are billions of meme coins in circulation. Further, their operating mechanism helps in adding to their total number. For example, meme coins do not have any ‘burn’ system that removes the coins. The absence of such a mechanism boosts the overall count of these units. The surplus supply aids in keeping the rates of individual meme coin units on the lower side. Their pocket-friendliness has been critical in their rising acceptance and craze.

Anyone with a slight interest in memes can create meme coins. The technology in this area is very advanced. It is possible to turn any trending meme into a meme coin – within minutes. There are several cutting-edge software in the market that do most of the work for you. All you have to do is – select the meme/ joke you want to convert and use quality editing tools to create meme coins. Further, these platforms make turning a meme into cryptocurrencies so speedy that it is easy to capitalize on any trending topic on the internet.

Every coin has two sides, and here we are talking about – whether meme coins have a flip side or not? Well, there are certain risks that these crypto units bring with themselves; let’s look at the downsides –

If you prefer your investments to be more stable than volatile, meme coins might not make it to the top of your list. They are highly dependent on community sentiments and external influences like celebrity tweets. Any change in their environment can drastically affect their rate. Sometimes, it can lead to an astonishing spike in value. However, as soon as the community moves to the next new meme, these coins suddenly lose their lucrativeness.

Many individuals create meme coins with the sole purpose of making their crypto viral; and using it to dupe others. According to industry reports, recently, a group of people took advantage of the famous OTT show Squid Game to create a game-based cryptocurrency. These coins became immensely popular, and their value reached an all-time high of USD 2,000 per coin. Moments after, the creators sold their holdings and disappeared with the money of a large number of people.

There is an abundant supply of meme coins. As explained earlier, it is easy to create and circulate these coins. If the supply is so superfluous and the demand comparatively less – the price per unit is low. Most low-value investments do not give high-value returns. Having said that, the volatility of meme coins is also their beauty. The right buzz can give you remarkable returns on a small investment.

Meme coins might still be in their early stages; however, they are here to stay. Tap into the world of these new-age cryptocurrencies and make the most of their potential.

The Role of Metaverse, Digital Twins, and Conversational AI in Creating Future-Ready Government Organizations
You Need Two to Dance the Tango: Dependence of Business and IT on each other
Cyber Risks in the Education Sector: Why Cybersecurity Needs to Be Top of the Class
4 Critical Elements To Ensure Your Staff Are Engaged & Go Above And Beyond To Deliver Great Results
Why is It Imperative for Financial Institutions to Streamline Their Customer Acquisition Process?
How Does Celebrity Brand Promotion Help Businesses?
CONTACT US