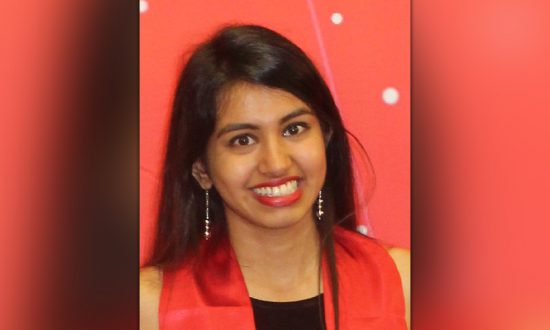 Prakriti Sethi is the Chief India Representative for  Methanol Institute – a globally integrated trade association representing the world’s leading methanol producers, distributors, and technology companies. Bringing aboard a plethora of fresh and innovative ideas and hands-on experience in public policy, Prakriti is spearheading the operations in India to bolster  MI’s government relations efforts and network in key markets around the world. Prakriti has extensive experience of working with international and national government organizations,  including UNESCO, the Deutsche  Gesellschaft fürInternationale Zusammenarbeit (GIZ), and the Government of Delhi. With a Masters in International Development from Science Po in Paris, Prakriti has a diversified worldview of the ongoing sustainability debate and the need to shift towards greener fuels. Prior to working with the Methanol Institute Prakriti drafted reports and legislative intervention analyses for the  Delhi government. At MI, Prakriti provides strategic leadership to the institution’s representation in India, recognizing the high-growth potential within domestic borders for future methanol supply and consumption.

Energy is one of the most fundamental impetuses for the growth of an economy. According to the International Energy Agency (IEA), India’s energy demand will increase more than that of any other country over the next two decades. As the country is expanding its energy basket to fulfil its growing energy requirements, methanol is a promising solution that can support India’s transitioning energy landscape. Methanol utilization continues to grow rapidly across a diverse range of applications. Methanol can support the powering of different industries and sectors of the economy. Methanol is strategic to India’s efforts to be more self-sustaining as it can be produced with indigenous resources allowing the country to reduce its reliance on imported energy products. Methanol contributes to the spirit of Atmanirbhar Bharat with the development of a new domestic industry that will create more economic opportunities within the country.

Methanol is a globally traded commodity with a global production capacity of 148 MMT to meet the global demand of nearly 100 MMT. Methanol which is mainly produced from natural gas can also be produced from a range of diverse feedstocks. Increasingly, sustainable feedstocks such as captured carbon dioxide, municipal solid waste, and agricultural waste are also used to produce renewable methanol. Conventionally, methanol is an essential building block for hundreds of products that touch our daily lives: paints, plastics, building materials, and car parts. Methanol is also an emerging energy resource, used directly as a fuel for cars, trucks, ships, industrial boilers, cookstoves, and kilns. It is also utilized as a feedstock for other fuels like biodiesel and DME.  Beyond its role as an alternative fuel, methanol is an excellent hydrogen carrier that will enable the development of future hydrogen economies.

Methanol is a versatile, affordable alternative transportation fuel due to its efficient combustion, ease of distribution, and wide availability around the globe. It is used in gasoline blends around the world at low (3-5%), mid (15-30%), and high (50-100%) volume percentages, and as a diesel substitute for use in heavy-duty vehicles (HDVs). Methanol as a motor fuel was demonstrated in large vehicle fleets during the 1980s.  India has also trialled methanol-gasoline blends and in 2018, the Bureau of Indian Standards (BIS) published standards for M15 (15% methanol with 85% gasoline). In October 2021, ARAI along with automobile companies like Hero MotoCorp Ltd, Bajaj Auto, TVS, Honda Motorcycle and Scooter launched the trials of M15 two-wheelers under the Methanol Economy program spearheaded by NITI Aayog.

In the maritime industry, combustion of methanol on ocean-going vessels complies with the International Maritime Organization (IMO) 2020 regulations by providing a significant reduction in emission of sulfur oxides (SOx), nitrogen oxides (NOx), and particulate matter upon combustion. Methanol requires relatively little adjustments to existing bunkering infrastructure as it is liquid at ambient temperature and pressure like conventional bunker fuels. Recently the Indian government approached Deccan Water Treatment Pvt. Ltd. and its joint partner ScandiNAOS to promote methanol marine engines for the defence and maritime industry as part of a strategy to ensure energy security and improved air quality. In 2021, Maersk announced that it will launch the world’s first carbon-neutral container vessel by 2023 that will operate on methanol. They have ordered twelve large ocean-going vessels to operate on carbon-neutral methanol. X-Press Feeders has placed an order for sixteen 1,170 TEU containerships that will be powered by dual-fuel engines that can combust regular fuel or methanol.

Being liquid at room temperature and packing more hydrogen in a single simple alcohol molecule than hydrogen itself, methanol is an excellent hydrogen carrier. It can be easily handled, stored, and transported by leveraging existing infrastructure. This enables immediate adoption of hydrogen as an energy product as capital-intensive infrastructure will not have to be constructed for the storage and transport of hydrogen. This ensures a cost-effective roadmap towards increased hydrogen utilization in India. To produce hydrogen, methanol can be reformed on-site at fueling stations to refuel hydrogen mobility applications. Methanol can also be reformed to produce hydrogen that will be utilized in fuel cells to generate clean electricity for cell phone towers, construction sites, or ocean buoys. Applications utilizing methanol fuel cells (MFCs) can be refuelled as rapidly as applications utilizing gasoline or diesel engines, and they can increase the range of a battery-electric vehicle from 200 km to over 1,000 km. MFCs have been deployed by the Indian Army for a long time to support backup power generation in remote regions for the basic field electrification of the military posts, battery charging (of surveillance systems, vehicles, communication devices, sensors etc.), and autonomous power for test and training instrumentation.

Methanol fuel can play a vital role in protecting end-users by improving indoor air quality in households and kitchens as a cooking fuel in industrial kitchens, families, refugee camps, and ships. Most significantly, it is a low-cost fuel for developing-country households seeking to convert to cleaner cooking alternatives. To promote clean cooking initiatives, the state government of Assam along with Assam Petro-Chemicals Ltd. (APL) launched the Methanol Cooking Fuel Program to roll out methanol cookstoves to APL colony residents. Additionally, methanol is commonly used as a fuel for industrial boilers to generate heat in the processes of manufacturing, food production, pharmaceutical production, and heating industrial as well as residential buildings.

With such diverse applications, methanol plays a bigger role in India’s energy transition while strengthening the country’s energy security. It offers India a viable and practical alternative fuel that can be produced with indigenous resources, creating economic opportunities domestically while reducing the country’s energy import reliance.

The Future of AI: How Artificial Intelligence is Revolutionizing the Way We Work
6 Technology Shifts that will Enable Businesses in the Next 5 Years
MarTech: Don’t Let It Mar Your Creativity
The World of Data: Data Driven & Data Literacy
Cyber Security in the era of COVID-19
How To Use Ig Live Rooms In Your Digital Marketing Strategy?
CONTACT US