Praveen Dewan: A Smart Techie Working Towards a Smarter India 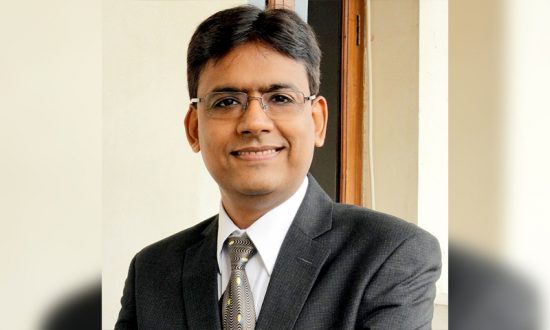 Today Digital Transformation is a buzzword creating ripples in the industry. In fact, it is a ‘do or die’ scenario, with everyone flurrying to ‘do’. This is where Praveen Dewan brings about a carefully formulated plan of action. Currently the CTO of Efkon India, Praveen explains that digital transformation takes place at two levels in his organization. One for their clients where they bring automation to all their manual processes and the second at the organization level where they constantly evolve their way of working to become more effective and efficient. Elaborating on the first level, he says, “When we deploy our Red-Light Violation Detection (RLVD) software at a junction in a city, the traffic policeman can generate a challan of offending vehicles sitting in the control room and does not need to bear the heat of the sun, standing at the junction for the whole day. If someone jumps a red light, he just works on the alerts generated by our software, looks at the captured images and videos of the violation, clicks a button in case it is a valid violation, and our software does the rest. There are many such use cases where the digital transformation at a city level have eased the lives of the end users of these technologies and the citizens of the city alike.”

Back when technology was still taking baby steps in India, and a degree in technology was viewed with much scepticism, Praveen did his Computer Science Engineering from DIT (now NSIT). He started his professional journey with Network Limited, an HCL group company dealing in electronic typewriters. He was a part of their R&D division, responsible for writing software in assembly language for the company manufactured typewriters.

He then moved to ITIL, where he developed a terminal emulator product for the US market, again written in assembly language. He migrated it for the Windows platform in the early days of Windows 286 and Windows 386. The product was a huge success in the US market, which led the company to develop more products. He then moved on to work with other players in the market space. After years of collaborating with some of the giants in the corporate and technology industry, starting up some of his own ventures, and lots and lots of learning, Praveen today serves as the CTO for Efkon India where he is actively helping build automation in the Smart Cities and Smart Highway space.

Praveen says, “Efkon is a global leader in Intelligent Transportation Systems (ITS). Headquartered in Austria, we have served customers for more than 25 years. I am heading the technology team at Efkon where we are developing a suite of products to help our clients in traffic management and city surveillance. Most of our products are based on deep learning technologies where we do analytics on live videos coming in from cameras deployed across the city to make the Indian roads safer. Our products are being used in various cities and highways across India as a part of the Smart City projects under various state governments. I am responsible for the delivery of these products to our end users ensuring best quality and accuracy of the analytics performed on these camera feeds. I lead a strong team of engineers involved in the design and development of all these fantastic products.” He also remarks as most of the Efkon’s projects are installed in smart city space dealing with confidential citizen data, he gives due importance to cybersecurity. Praveen and his team ensure that all the data stored with the company is safe from cyber-attacks and is not accessible to unauthorized users. Similarly, the flow of data from various devices installed in the field to a central server is encrypted and protected from phishing attacks.

Praveen observes that the technology space by its very nature is very dynamic and ever-changing. However, the one thing that has remained a constant source of inspiration for him is the amalgamation of hardware and software and controlling various hardware devices through the software. Today, as the world is on the cusp of a rampant IoT revolution, where data is flowing from a plethora of sources, analysing that data from a central point is one of the aspects that keeps him excited. Especially in his current role, where he is dealing with a lot of hardware and software, this deluge of data and the blurring lines between ‘what is’ and ‘what could be’ is exciting. Praveen states, “What motivates me is the evolution of AI and its use in improving the daily lives of humans. The various ways you can use this technology to make the lives for common man safer in the cities is something that we are actively working on at Efkon. Most of our products are aimed towards this objective and when we deploy these products in a smart city project and see the impact these have created in the daily lives of human beings it makes me happy.”

With the current pandemic pushing the corporate sector to rethink of their existing working and technology strategy, Praveen says that remote working is a need of the hour and one has to adapt to this new way of working. He clarifies that although he did not have an extensive experience of remote work previously, he and his team was quick to adapt to this new way of working, utilizing technologies for online meetings and sharing work, allowing them to make full use of this opportunity and ensure that they were able to deliver at the same level if not better as before.

Following a participative leadership style, Praveen is the kind of person who you would find working alongside his teammates in all circumstances. While taking decisions he would consult his teams and would prefer to take a collective decision which is right and acceptable to all. He also firmly believes that a leader has to walk the talk and should be able to work with the teams rather than just pass orders to accomplish the goals of your organization. He says, “I always ensure that I have a strong buy-in from the people who are responsible to deliver the final product. A lot of times it happens that the deadlines are tight and the teams are overstretched. On these moments if the team have signed up to your vision, they will do everything possible to ensure they meet the timelines. In turn, I also ensure that my asks from my teams are not unreasonable. Since I come from a development background myself, I can apprehend what is possible and what is not, so I make commitments accordingly to ensure we as a team do not fail in the end.”

Interested to read about the latest technological developments and on ways that can improve workmanship to achieve better productivity, Praveen recently read “The Phoenix Project” and “The Unicorn Project” by Gene Kim, which gives a very good perspective on the best practices of rapid development using Scrum, DevOps and Lean methodologies. It was an eye-opener for Praveen to learn how Lean methodologies invented for the car manufacturing industry in Japan can be relevant in the IT industry as well.

Looking forward to 2021, Praveen declares that his top priority is to augment his teams at Efkon India and further strengthen the delivery capabilities. “When we do a smart city project, we end up integrating a lot of third-party applications from different vendors. We are looking to bring in new innovations such that we can offer seamless integration for our end users and implement our solutions with a faster turnaround time,” he concludes.

Arnab Mitra: Making Digital Adoption in India Easy!
Subrahmanya S M: Working Together for a Luxurious User Experience
Shirish Surti: Revamping the Retail Tech Industry with Continuous Learning and Team Bonding
Sachin Nigam: Redefining Technology Through Innovation
Chirag Boonlia: The Wizard Blurring the Lines Between Real Estate and Tech
Ravi Mathur: A Programmer with a Code to Solve One of the Biggest Problems in India
CONTACT US