Home /LEADERS IN FOCUS/Shivjeet Ghatge: Rewarding People to Take a Step Towards Fitness

Shivjeet Ghatge: Rewarding People to Take a Step Towards Fitness 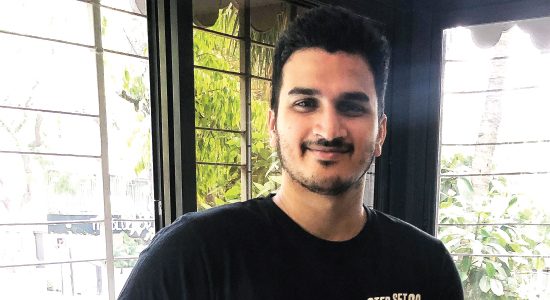 The online fitness industry has seen a significant boom since the COVID-19 outbreak. For brick and mortar gyms, franchises, and boutique fitness studios, the damage has been devastating. The almost $100 billion fitness industry has quickly shifted into a virtual world for those who have been able to adapt swiftly. However, those who haven’t implemented a digital strategy may not make it out alive, and if they do they may never be able to fiscally recover. Now the spotlight has come down to at-home equipment, streaming services, and virtual trainers. Virtual fitness has experienced major growth this year, and we feel it will continue in 2021. With people being restricted to their homes, the online fitness community grew by a large number, thanks to the age of the internet and smartphones. Fitness app downloads grew by nearly 50% in the first half of 2020. Everyone is trying to look for that one-stop-shop solution for fitness and the product that has it all will be closer to success soon.

A simple and unique fitness application that counts your steps and rewards you for it. StepSetGo rewards the users with SSG coins (the in-app currency), which can be redeemed for exclusive discount coupons and even gifts the in-app marketplace called the ‘Bazaar’. The app rewards its user with 1 SSG coin for every 1000 steps taken, and users can purchase various products like skincare, gadgets, and apparels, and so on. “We have collaborated with leading brands like Bewakoof, Bajaj Avenger, Skechers, and Puma, among others to reward its users for walking. To build a fitter community, we also offer gamification and social engagement aspects to the users. The ‘Arena’ section in the application has various challenges for users to be a part of creating a sense of competition”, points out Shivjeet Ghatge, Co-founder and CEO, StepSetGo.

A Venture by Chance

The idea of StepSetGo came to life when Abhay Pai, Co-founder, and CTO, StepSetGo, randomly mentioned that he should be paid to go to the gym as fitness requires commitment and dedication. This thought made them realize that users would be continuously motivated to exercise if a reward component was added. Being a bootstrapped startup, one of the initial challenges StepSetGo faced was convincing brands to partner with them. Having been a part of the advertising and branding world, Shivjeet did manage to use his experience and build long term relationships with brands across genres. After a year in the making, they decided to launch the application on the 10th of January 2019, and with that came the challenge to make people believe in the concept of getting rewarded for walking. Shivjeet recalls, “When the app was launched, we went to NMIMS College in Bombay to do a test run. We showed it to a few students, and the reaction we got was ‘this can’t be true’, but when they took a closer look they understood the concept, and the idea was sold.  By the time we came back, we had about 200 downloads through the simple refer and earn program”.

What started as a conversation between three friends has now turned them into entrepreneurs. Talking about his journey, Shivjeet knows what he was getting himself into, and he was glad he was able to do it with like-minded people right from the start. What initially started as a hobby, StepSetGo has helped Shivjeet and the co-founders, Abhay and Misaal Turakhia grow their business and grow as entrepreneurs. StepSetGo emerged from them working in their homes individually to working out of Misaal’s father’s old office and finally moving to find a space big enough to accommodate 30+ team members. “The problem that we aimed to solve was simple. A large portion of the population wants to integrate fitness into their life but lack motivation. There were mainly two specific reasons: one, the lack of motivation to start and two, lack of discipline to continue once they’ve started. We try to solve both the problems by integrating rewards system, simplicity, and social interaction targeting these exact set of people”, opines Shivjeet.

Initially, StepSetGo was looked after by the co-founders in all areas of the business. Misaal, CPO and Co-founder, took care of everything from the user journey to the evolution of the product as a whole, as he already received a lot of praise for the application he had built for his father’s company. Abhay, CTO, and Co-founder handled the backend architecture of the application and made sure the tech behind the app was strong enough. Lastly, Shivjeet, CEO and Co-founder, was essentially into the marketing and finances of the business. With all three having a defined set of roles and responsibilities, StepSetGo managed to function well and now houses a team of 30+ members. By hiring people with the right attitude, the company has managed to grow its team despite most businesses laying off employees.

Including everyone in their growth journey, a lot of responsibility is handed down directly to the team members, where they are given problem statements, and the best solution is picked out after coordinating with different teams and work on the solution implementation and impact. “This handing down of responsibilities has worked for us so far. This is also manageable because we make sure the talent we hire is motivated by the concept of what StepSetGo is setting out to achieve. As we are always swamped with work, I believe that the team always puts in more work to make sure the load is shared”, opines Shivjeet.

Encouraging Fitness Despite all Odds

As the pandemic hit the nation, there were major challenges that StepSetGo faced during the lockdown. Initially, the app was created to count the steps that are being taken outdoors. However, with the nationwide lockdown, there was a decrease in the number of steps taken by their users. At this point, their go-to strategy was to innovate and adapt to this change. Realizing that walking is a form of exercise that can be done anywhere, whether indoors or outdoors, StepSetGo decided to change their app algorithm to calculate indoor steps. “We have also increased the reward for steps that were taken indoors. The user would now get 1.5 coins for 1000 steps if the steps were taken indoors and 1 coin for outdoor steps. We also introduced a gamification aspect to the application and created hyper-casual games which gave the users more chances to earn rewards by walking”, adds Shivjeet.

StepSetGo also had to build the application according to the Android system for each mobile phone as it differs for various companies. “The most prominent issue that we faced was, in the beginning, we didn’t have any ads on our application. People used to think it’s fake and used to ask why we don’t have ads on our app, and therefore we had to put sufficient ads on our app for people to know this is true and authentic”, quips Shivjeet.  Nearly two years later, StepSetGo has managed to overcome these challenges and has now crossed 7+ million registered users on their application.

Since its inception, StepSetGo has experienced an exponential yet stable growth. From 200 users to 7 million + users, the company has managed to grow its user base successfully. Being a bootstrapped business, StepSetGo used the most traditional form of marketing, i.e. Word of Mouth and to date, 95% of the user base is organically acquired. The most recent achievement for them has been StepSetGo’s win under the health and fitness category of the Digital India Aatmanirbhar Bharat Innovation Challenge that was announced by Prime Minister Narendra Modi. “Additionally, as per Similarweb’s data, we have managed to cross Aarogya Setu in user engagement under the free apps category in India. In September 2020 we entered the top 50 free apps in the Indian ‘all’ category as well and reached #2 position in the health and fitness category in India”, adds Shivjeet.

From a business perspective, Shivjeet aims to build a robust team to speed up the operations and scalability of the platform, marketing the right type of message, and rapidly rolling-out innovations in solving the problems that plague the online fitness industry. Focusing on improving the app’s technology and working on using the front camera to authenticate different movements, StepSetGo aims to integrate more fun activities into the platform which will help the users stick to their planned fitness goals. “We are working towards building a comprehensive tracking ecosystem on the platform and planning to go just beyond walking so that no matter what the fitness activity is StepSetGo will be able to track and reward its users for it”, concludes Shivjeet.