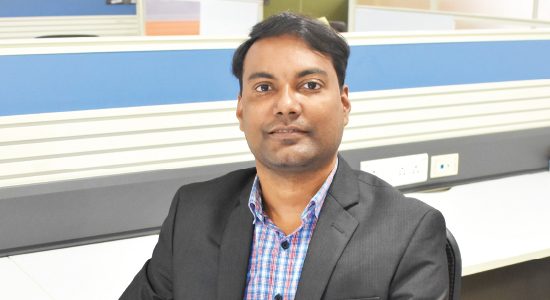 MTAP Technologies is a startup that began with one product, an automated app for Employee Transport Services (ETS) and is now a company that offers a wide range of transportation management products.   Srinivas Chitturi, Co-Founder and CEO of MTAP Technologies and team have created multiple applications that have revolutionized the world of B2B transport today! Despite facing severe setbacks during the onset of COVID-19 pandemic in 2020, Srinivas wisely chose to reconsider MTAP’s business module, tweak the existing software to incorporate social distancing rules, and also launch new products into the market.

Srinivas’s brainchild and the flagship product of MTAP Technologies – ‘Safetrax’ is an app that enables quick and easy scheduling, tracking, and monitoring of employee transport taxis.  While Safetrax allows users to customize their User Interface, SafetraxGo is a standard, inexpensive tracking app for clients who do not require customizations.  ‘Safebus’, a school bus tracking app, was launched when Srinivas noticed the need for greater optimization and safety in school bus transport. The app  provides a host of security features to protect students from accidents and COVID-19 related dangers worldwide.

Autologix, a rental taxi booking app that handles ad hoc travel requests for multiples types of travel needs, was recently launched. Autologix empowers startups and fleet owners to scale up their transport services and stand on par with giants like Uber and Ola.

Another recent launch, Autoroutes, is an API for Route Optimization and Management Software catering to different types of delivery-based businesses

Srinivas has evolved not only into a relentless survivor but a tough competitor during the COVID-19 pandemic! Apart from the above applications, he plunged into the e-Commerce sector and catered to small companies with 100-200 employees in the essential sectors that could not function on a work from home model. The latter was possible only after personally adopting a new perspective towards work from home and adapting it across their system. This way, Srinivas has grown MTAP Technologies to the forefront of revolutionizing Transport Automation in the world today. Srinivas articulates, “100+ Corporates and Schools, 10,000+ Vehicles, 100,000+ Passengers, 100,000+ SMS per day, 2 Million+ Calls per day, 70 Million USD monthly invoices being processed, 80 Million+ Location coordinates per day and much more milestones portray the success we have been relishing so far!”

Wondering what inspired Srinivas to keep going ahead? The unrelenting passion for always solving problems around him since his school days in Aanakapalli, a small town in Andhra Pradesh! In later times, his postgraduation studies in IIT Madras and work experiences in various MNCs (General Electric, Siemens, Mentor Graphics UK and others) helped him hone his skills better. Srinivas chose to return to India to kickstart his entrepreneurial journey by solving India-centric problems and building solutions for them. Especially, during his tenure at iOPEX Technologies as the Director of Research and Development, he was working with various companies to help them in optimizing their operational costs across various company functions and noticed the extensive volume of trips and the complexity of transport operations. This experience, along with the sheer dearth of organizations in the ETS industry that focus on women employees’ security features, triggered Srinivas to start a venture of his own.

In 2014, Srinivas and his team created a routing algorithm to enable planning, management, and optimization of iOPEX’s employees’ transport operations. Post a series of tests and its results, he launched this product as Safetrax with an initial seed round from the iOPEX founding team. Safebus was launched within in the next 18 months. Srinivas adds, “With just 3 clients in 2014, we have come a long way driving value, increasing profitability, and scaling and implementing innovative solutions for the problems of 120+ clients across 6 countries. In fact, it is a mark of pride for us that our very first customer from SAP is still with us because of our transparent approach and robust technology”.

Today, Srinivas’s MTAP Technologies is at the forefront of the  Transport Automation & Optimization space with 4 prime attributes: Optimization, Transparency, Safety and Digitization. Optimization for reducing the number of vehicles and trips required for both economic and ecological purposes, transparency across every step of the management process to gain the clients’ trust, safety to lessen the violence against women through stringent safety features and emergency protocols, and digitization to make everything simpler, quicker and in the moment. Behind the success of MTAP stands its team of ace experts, especially the tech team who have been with them since inception. Thanks to its entrepreneurship model, flat organizational structure, ownership in jobs, motivation to stay innovative, and fun activities to relieve stress and build team spirit; the company has witnessed flying colours so far.

Srinivas asserts, “Our short-term goals are to build our client base, fine-tune our services further, and launch Autologix internationally. Our long-term goals are to achieve 10 times growth in the next 3 years with new products and regions”. He plans on foraying into the indoor tracking,  and the logistics space, offering 360-degree transport management solutions, evolving into a public company, and establishing a strong presence across the Middle East, Malaysia, China, Qatar, New Zealand, Singapore and others in the next 18 months. Moreover, Srinivas’s main goal is to build a Shopify environment enabling fleet operators to survive and flourish with technology on par with large transportation as a competitive service platform player. He also believes in going green at MTAP by working with some of the largest EV fleet operators in the world to help them leverage technology to make it more adoptable.