Home /LEADERS' INSIGHTS/Social Media Listening: Why brands should use it before, during and after a crisis

Social Media Listening: Why brands should use it before, during and after a crisis 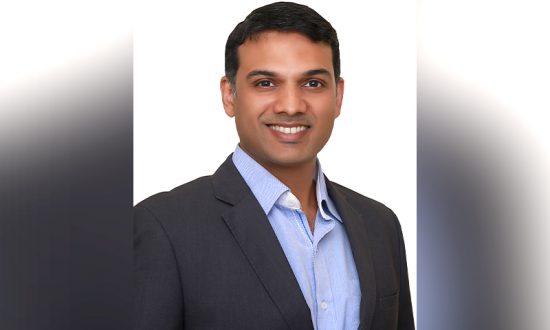 Ranjit has a PhD in Computer Science with a specialization in Artificial Intelligence from the University of Southern California. Post his doctorate, he worked as Senior Research Scientist with Honeywell Labs in Minneapolis, where he continued his work in developing algorithms for planning and decision making in the face of imprecise and incomplete information. He returned to India at the end of 2006 to be a tech entrepreneur and to fulfil a desire to see India become known as not just as an exporter of IT services but also for world-class software products and innovation. Thus, he founded Germin8 along with his father, Raj Nair. Germin8 is a digital intelligence company focused on using data analytics and AI to help companies become more customer centric. Ranjit also serves on the India Advisory Board of the University of Southern California and also serves as visiting faculty at several institutes like MICA and NMIMS.

It could be a side effect of a lot of us living online, but brand crises appear to be arriving at a faster clip than ever before. Although some brands have a tough time coming up for air, others, seemingly poised for an accident, shoot in the nick of time and continue moving along as if nothing happened. What differentiates these brands is frequently their prep before a crisis strikes and their social networking savviness. This is the reason why social network monitoring may be one of the best tools.

Crisis
The term strikes fear into the hearts of communicators everywhere. Brands that range from Carnival Cruise Lines to Starbucks to Facebook were hit by crises thus far from 2018. The fact is that any brand can find itself in crisis – at any time.

As opposed to fear crisis, organizations must prepare emergency plans before they want them so they are ready when they find themselves in the thick of a PR disaster. Social media listening and monitoring play a role in any emergency communications plan. While social media channels could fuel the spread of information, it also gives a fantastic means to reach out to fans and followers that can provide support in times of catastrophe. It also serves as the ideal channel to monitor for opinion and observe for signs of risk.

Ronn Torossian, Founder and CEO of 5WPR says that Experts usually concentrate more on the speaking aspect of social media management. However, many brands do not realize it’s important to concentrate on listening and monitoring on your social networking accounts.

Let us look at just how social networking monitoring may be used through every period of a crisis.

Pre Crisis
Your brand is sailing along, hassle-free, when, suddenly, you notice signs of problems. Customers are suddenly complaining on social media channels. There is a trickle, and then a steady stream, of critique coming your way.

Social media network might help alert you of the fact that a crisis is brewing before it spirals out of control. Once you’re conscious that calamity is afoot, you can evaluate the seriousness and take suitable action.

Consistently monitor all social channels as to whenever criticisms and crises emerge, you’re well prepared to respond instantly to this particular person, or individuals.

Usually, a one-to-one strategy with the complainant is a much better option to prevent the issue from getting out of hands. This way, your organization may remain in control of the story and may ensure the issue stays small. Note that before the first hint of a crisis, using social media to build your reputation as well as your community is critical on the health of your brand. Social media listening tools enable you to constantly monitor the social network for mentions of your brand so you may always know where it stands.

During a crisis
The crisis has begun in earnest. Your team is in full crisis mode. One-way social media can be essential in those times is in reaching out to your followers and also to influencers who will provide support and helps you turn the wave of sentiment back in your favour. When you have built strong relationships with Influencers and brand loyalists, they might speak on your behalf – often without you having to ask. This is why it is so important to build that community before you require it.

If a brand tries to go on the defensive, it can occasionally have the opposite effect, however, if the brand community defends it, it is much more plausible. You should use a media intelligence tool for social media monitoring to see who’s coming to your defence and also evaluate the sentiment.

Post crisis
Now the crisis has died down. You are attempting to reconstruct your status in the minds and hearts of your customers. Use social websites to keep track of how things are going during this process. By leveraging a tool to monitor sentiment, you can see where you are making strides, and in which you could have more work to do.

It might take some time, but as you move forward, social websites may help you know where you stand as you get back on track. Make sure to use media monitoring and social listening. Although complaints can spread like wildfire on social networks, it can be utilized to work in your favour and help you recover faster from the crisis. A successful monitoring tool can show you where your brand stands. Leverage it to know your status in any respect times, be it before, during or following a crisis.

As the old saying goes, ‘better prepared than sorry’.