Home /EXPERTS' OPINION/Is Marketing in the Metaverse Sustainable and Profitable?

Is Marketing in the Metaverse Sustainable and Profitable? 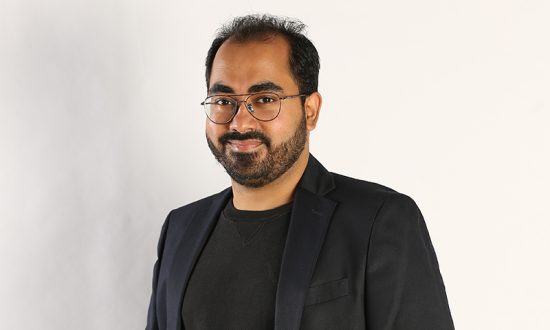 Siddharth Devnani is the Co-Founder and Director at SoCheers. Having a Production Engineering degree along with an MBA in Operations, he started his career interning with Tata Motors and Future Group (Pantaloon Retail), which gave him hands-on experience on the value chain management and helped him understand the importance of seamless back-end operations. In 2012, he joined Naaptol.com where he managed the operations of an entire category and innately curious, also took the extra effort to learn the nitty-gritties of e-commerce. It is at this point in his career that he started to consider the possibility of becoming an entrepreneur seriously, and finally took the plunge in 2013 when he partnered to establish his own Social Media Marketing agency, which has since then evolved to a digital-first, full-service Advertising & Marketing agency. In his own words, co-founding SoCheers was one of the boldest steps he took, and over the years, he has helped build the company to what it is today. From initially 2 interns to a highly skilled team of over 140 people now, from managing smaller accounts to running campaigns for global brands, Siddharth has been there for it all, setting up the team, evolving the processes, and scaling up the agency’s offerings. He also heads the finance team and is responsible for the revenue generation of the agency, ensuring the continued profitability for the organisation. Gradually, his role has grown to include establishing and spearheading the media planning & buying division. More recently, he was at the centre of setting up the Digital Intelligence & Analytics (DIA) division, introducing social listening and other data-driven services to the list of the company’s offerings.

Well, the way the 21st century has ushered evolutions, metaverse is yet another one to have exercised every marketer’s imaginations since its inception. Interestingly, the concept was introduced in 1992, by Neal Stephenson in his cyberpunk novel ‘Snow Crash’. Since then, the majority of its applications has been in movies depicting a futuristic world like in ‘Ready Player One’ or in games like ‘Fortnite’. However, the last few years have seemlessly accelerated the world of phygital – an amalgamation of physical and digital ecosystem. Further, widening the metaverse’s hemisphere.

The best phenomena I could compare it to would be when the internet was first introduced. We couldn’t have predicted what it’ll shape up to be, becoming the cosmic entity it is today. The world wouldn’t have been what it is right now without the internet. From just being an amalgamation of networks and servers in its initial stages, to how it is now an integral part of our lives. Quite fair to say, it has had a rather dynamic journey, its meaning changing every few years, increasingly encompassing new and more things. Similarly, I believe, the metaverse is going to be something which will undergo extreme and rapid evolution with technological improvements.

Seeing and banking on this evolution, certain programs to monetise the metaverse have already surfaced, namely virtual real estate and NFTs, so much so that they’ve become a prominent part of this new space. But will they sustain in the near future? The early NFTs have lost almost all their value, which was a strong setback for a lot of investors who thought that this would be a long-term thing. Whether or not they’ll revive, will only be confirmed in due time.

It does, however, prove that the marketing and monetisation avenues are viable in the metaverse, we just don’t know yet what the long-term options will look like. So, yes marketing in the metaverse is going to be sustainable and profitable for sure and we can say this with near certainty. Having said that, I believe that it’ll be dependent on an ecosystem of variables.

Let’s call it the ‘metaverse ecosystem’ and delve a little into it.

Tech Companies: The top tech companies will be a key participant in this ecosystem, as the metaverse is strongly dependent on the technology to sustain it. All the big players – Google, Meta, Apple, etc. – seem to be investing heavily on enhancing their technologies and their hardware capabilities for AR (Augmented Reality) and VR (Virtual Reality). The overall AR proficiency being showcased in the current times is quite promising, even the entry-level smartphones now-a-days come equipped with decent AR applications, especially in Instagram and Snapchat filters and lenses. On the other hand, VR headsets are yet to become widely accessible. The mass adoption of these technologies is critical for the metaverse to become feasible. And it’ll happen when the buying can happen at both the expensive and the affordable ends of the spectrum.

Users: User adoption is key for any new introduction. Let’s draw parallels between this and the user adoption of the internet. A typical internet user today spends an approximate average of 7 hours on the internet daily. This number has only increased over the years, and brands’ digital marketing budgets have noticeably increased with it. Moreover, users’ adoption of new verticals of digital has expanded the scope of digital marketing. Increased use of video streaming services open up avenues for subscriptions and in-video ads; social media led to social commerce opportunities. Something similar can be envisioned for the metaverse.

Creators Network: Content creators and influencers have become an intrinsic part of digital marketing lately, as they bring in an interactive quality. While big technology and media organisations fueled the acceleration of the internet, it is likely that metaverse will further be amplified by content creators. Simply, giving the creators the stage to create truly immersive experiences. For example, watching a travel vlog with metaverse the audience can actually “travel” to the destination with them. This type of connection with the audience will make the creators network significantly more valuable to the brands.

Brands: Finally, with all the above elements of the ecosystem in place, brands will come into the foray. Where, how and how much they invest will impact the system significantly. Moreover, it can be predicted that all the brands will have a metaverse selling strategy within the next five years.

I strongly bet on the fact that the metaverse, just like the internet will surely have its moment, and definitely sooner viz-a-viz the internet. But, whether marketing in the metaverse will be sustainable or profitable, will totally depend upon what are the devices launched in the next year or two. A lot of new age technological devices like VR gears are being launched to keep up with the technological advancements. So, what kind of adoption these devices get and how widespread they are, would give us much more clarity. I still stand by the fact that all this is very niche at the moment. And, it will be fair to say that the mass adoption will come when these devices are accessible to all and the buying happens at both expensive and affordable ends of the spectrum.

The Role of Metaverse, Digital Twins, and Conversational AI in Creating Future-Ready Government Organizations
You Need Two to Dance the Tango: Dependence of Business and IT on each other
Cyber Risks in the Education Sector: Why Cybersecurity Needs to Be Top of the Class
4 Critical Elements To Ensure Your Staff Are Engaged & Go Above And Beyond To Deliver Great Results
How are borrowers benefiting from the digitisation of house loans?
Working with the Power of Design – Canva Create 2022
CONTACT US