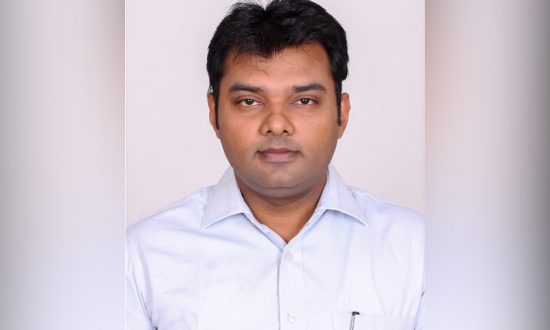 When a crisis befalls a country, not everyone gets affected the same. Usually, it is the bottom of the pyramid that suffers the most, even though it might seem that they have very little to lose. A visit to some of the most distant corners of the country will prove that they are the ones who suffer the most and also the ones left behind during trying times. For instance, while we dabble with at least ten different apps to send/receive money and pay bills, something as simple as taking a bank account is still considered a tedious task in most remote villages. Owing to the laborious task of educating and guiding these left-out villagers, most financial institutions chose to let them be, leaving them just that—left out. However, Airtel Payments Bank stands as a beacon of change and hope with its declaration of taking banking services to unbanked villages in remote areas of Chhattisgarh. For a state that had over 1650 unbanked villages, where a majority of the residents either had no bank account or had to travel long distances to reach the nearest bank branch, Airtel Payments Bank have given access to formal banking services. For a financial institution to take steps like these, which unites the country to go fully digital, the inspiration and strength have to come from within the organization. Presiding as Airtel Payments Bank’s Chief Information Security Officer is Akhil Verma.

An Integral Part of the Ecosystem

Hailing from a family of bankers, Akhil was always fascinated with banks and the stacks of money at the cash counter. As he grew up, he realized that baking was not merely counting money, rather it was how an entire country’s population was connected. “Everything requires money and banks are the only legitimate and trusted place for monetary transactions. There have been many a time where I was heartened to see poor people get small loans to start their businesses, or others who could grow theirs, fulfil their necessary needs and livelihood etc. I think this is one sector that is truly integrated with people’s lives, helping them in their hour of need. This connection and impact are what influenced me to join the Banking sector.”

With more than a decade and half years’ worth of experience in the field of Information and Cyber Security, Security Operations, Security Policy Implementation, SLA Management, Information System Audit, Risk Management & Compliance and Software development, Akhil Verma joined Airtel Payments Bank in 2018. He says that the company has created a niche for itself, thanks to the core values of the founders, vision of top management, and a strong istribution network to the remotest corner of the country. “Being one of the first payment banks of the country, we do not take digital innovation lightly. Digital is not just a ‘tech’ thing anymore; established players are redefining themselves for the digital age and financial services companies are more likely to stress AI, Machine Learning and Blockchain”. He continues to add that Airtel Payments Bank does not follow the usual Brick and Mortar type Banking services rather runs all its services and entire customer transactions on digital platforms.

“We ensure to provide our customers the latest and safest technologies,” he adds. Addressing the elephant in the room, he remarks that the pandemic has hit the world hard, with the impact visible across all sectors. However, he says that it has significantly impacted the banking and financial services sector and threatened to devastate economies. “The impact on Corporate loan book of Banks and other financial institutions would depend on the cash flows of the companies they have lent to. With the current economic halt, there is a significant risk of increased defaults on loan books exposed to the SME & MSME segment and unsecured loans. From a cybersecurity perspective, there is an increased number of attacks in the Financial sectors. This is the place where the money lies, making an attractive target for bad actors. The entire world has experienced a large number of phishing attacks across the industry during this pandemic. The financial industry has to take care of operational issues as well as these rising cyber threats.”

Akhil comments that financial companies must continuously focus and monitor their entire ecosystem. As against to earlier threat landscape where there was a need to protect network and crown jewels in the data centre, now boundary has increased due to current situation of work from home. Now, the focus of security has been shifted from organizationbased security to user-based security. A threat can be from anywhere, from the end-user system, network from where a user is connected, outdated OS, patch etc., which sometimes is not possible to address due to a user not available in organization network and leaving such vulnerabilities open. As per a study, 95% of breaches are due to human errors. Various phishing/vishing/ SMSishing are on the rise too. User awareness is a critical factor to combat cybersecurity threats.

of the opinion that even though it might seem that the level of financial literacy varies according to education and income levels, evidence shows that highly educated consumers with high incomes can be just as ignorant about financial issues as less educated, lower-income consumers. “Individuals need to put a conscious effort into improving financial knowledge. The government should also take initiatives to make financial education compulsory in schools and colleges. Government bodies, banks, insurance companies and financial institutions should take necessary measures to educate people about various financial concepts and investment opportunities so that people can live a financially stable life”.

Akhil further states that those BFSI companies still hesitant on going all-digital will be left behind as digital banking will look very different from what it looks like today. “Functioning completely in digital is not going to be an extra facility or a luxury, rather a mandatory requirement to sustain in business and competition. The role of technologies has grown from part of the strategic framework of companies to driving, shaping and redefining business model. At Airtel Payments Bank, for instance, the leaders believe that success lies in data points. Therefore, Airtel Payments Bank has a dedicated inhouse team handling data analysis in various dimensions, thus enabling top management to make appropriate decisions for the positive growth of the organization.”

According to Akhil, some of the most important tech trends and development that are changing the industry are digital platforms like mobile banking, wallets, payments apps etc., that are now an embedded part of the financial industry to engage with customers. Digital banking has become a key pillar of the strategic evolution of the finance industry; Blockchain, which will have a transformational impact on Banking and financial sectors. With several financial institutions already exploring various possibilities, such as fraud detection, inter-bank transfer, prevention of money laundering, loan processing and many more; and Artificial Intelligence, whereby the most visible form of AI tech is adopted by Banks and other financial institutions are Chatbots. “The exponential growth of data, innovative technologies such as Machine Learning, Cloud Computing and increased regulatory requirements have further created the perfects setting for the expended use of AI in the financial sector,” he concludes.